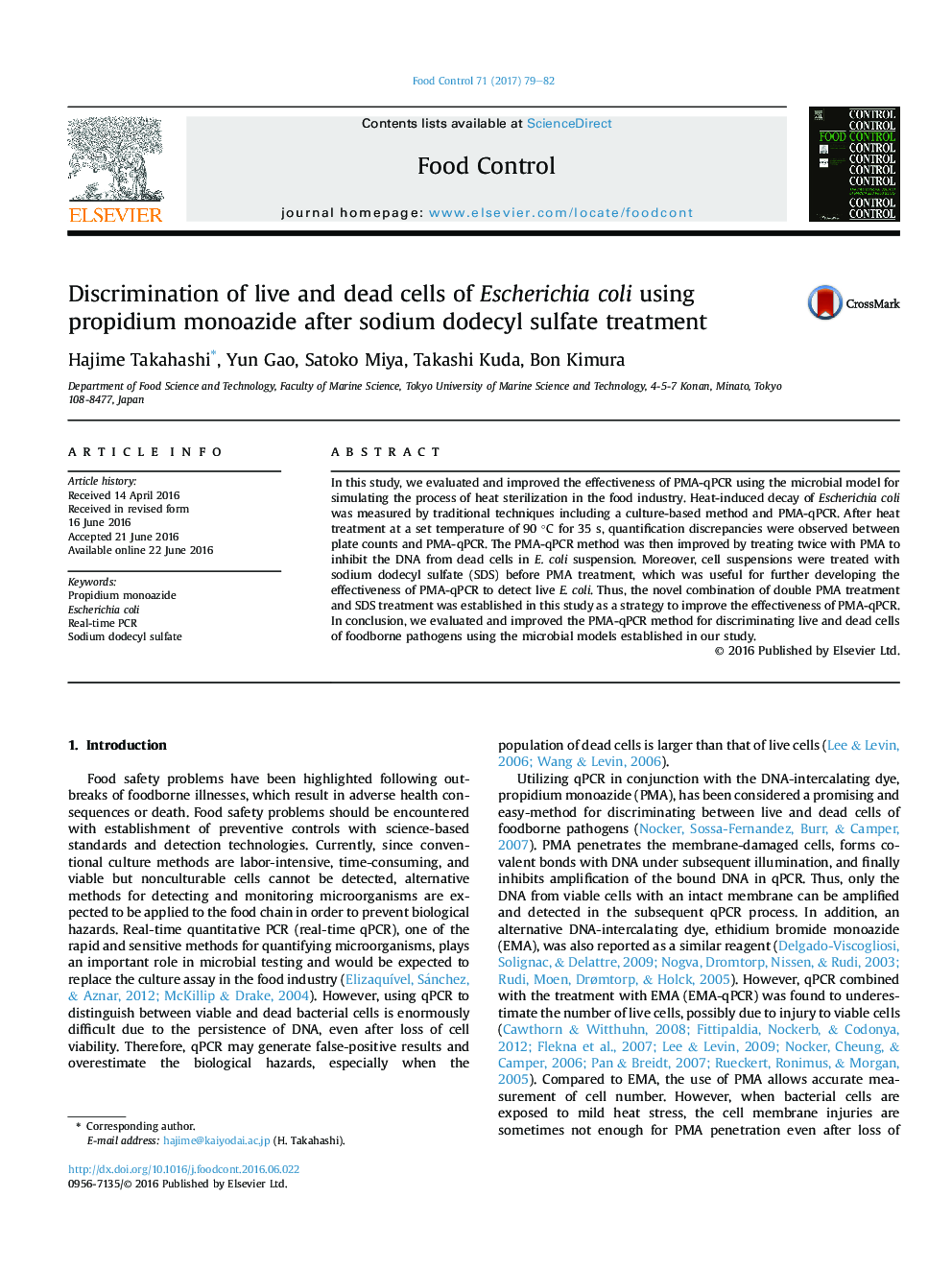 In this study, we evaluated and improved the effectiveness of PMA-qPCR using the microbial model for simulating the process of heat sterilization in the food industry. Heat-induced decay of Escherichia coli was measured by traditional techniques including a culture-based method and PMA-qPCR. After heat treatment at a set temperature of 90Â Â°C for 35Â s, quantification discrepancies were observed between plate counts and PMA-qPCR. The PMA-qPCR method was then improved by treating twice with PMA to inhibit the DNA from dead cells in E.Â coli suspension. Moreover, cell suspensions were treated with sodium dodecyl sulfate (SDS) before PMA treatment, which was useful for further developing the effectiveness of PMA-qPCR to detect live E.Â coli. Thus, the novel combination of double PMA treatment and SDS treatment was established in this study as a strategy to improve the effectiveness of PMA-qPCR. In conclusion, we evaluated and improved the PMA-qPCR method for discriminating live and dead cells of foodborne pathogens using the microbial models established in our study.