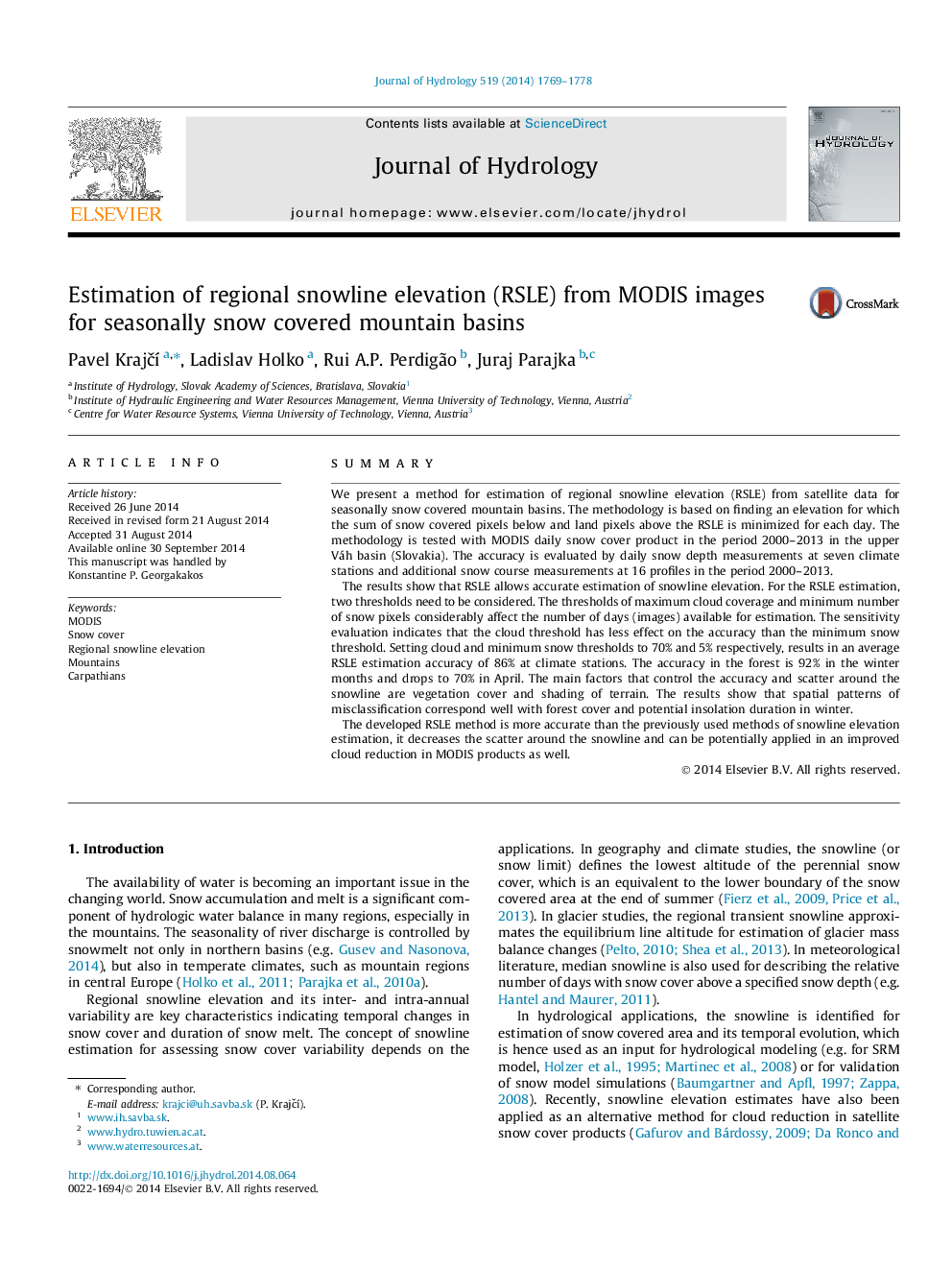 - Snowline estimation from satellite data in seasonally snow covered mountain basins.
- Minimizing the sum of snow covered pixels below and land pixels above the snowline.
- Tested with MODIS daily snow product in the highest part of the Carpathians.
- The method is more accurate than the previously used methods.

SummaryWe present a method for estimation of regional snowline elevation (RSLE) from satellite data for seasonally snow covered mountain basins. The methodology is based on finding an elevation for which the sum of snow covered pixels below and land pixels above the RSLE is minimized for each day. The methodology is tested with MODIS daily snow cover product in the period 2000-2013 in the upper Váh basin (Slovakia). The accuracy is evaluated by daily snow depth measurements at seven climate stations and additional snow course measurements at 16 profiles in the period 2000-2013.The results show that RSLE allows accurate estimation of snowline elevation. For the RSLE estimation, two thresholds need to be considered. The thresholds of maximum cloud coverage and minimum number of snow pixels considerably affect the number of days (images) available for estimation. The sensitivity evaluation indicates that the cloud threshold has less effect on the accuracy than the minimum snow threshold. Setting cloud and minimum snow thresholds to 70% and 5% respectively, results in an average RSLE estimation accuracy of 86% at climate stations. The accuracy in the forest is 92% in the winter months and drops to 70% in April. The main factors that control the accuracy and scatter around the snowline are vegetation cover and shading of terrain. The results show that spatial patterns of misclassification correspond well with forest cover and potential insolation duration in winter.The developed RSLE method is more accurate than the previously used methods of snowline elevation estimation, it decreases the scatter around the snowline and can be potentially applied in an improved cloud reduction in MODIS products as well.