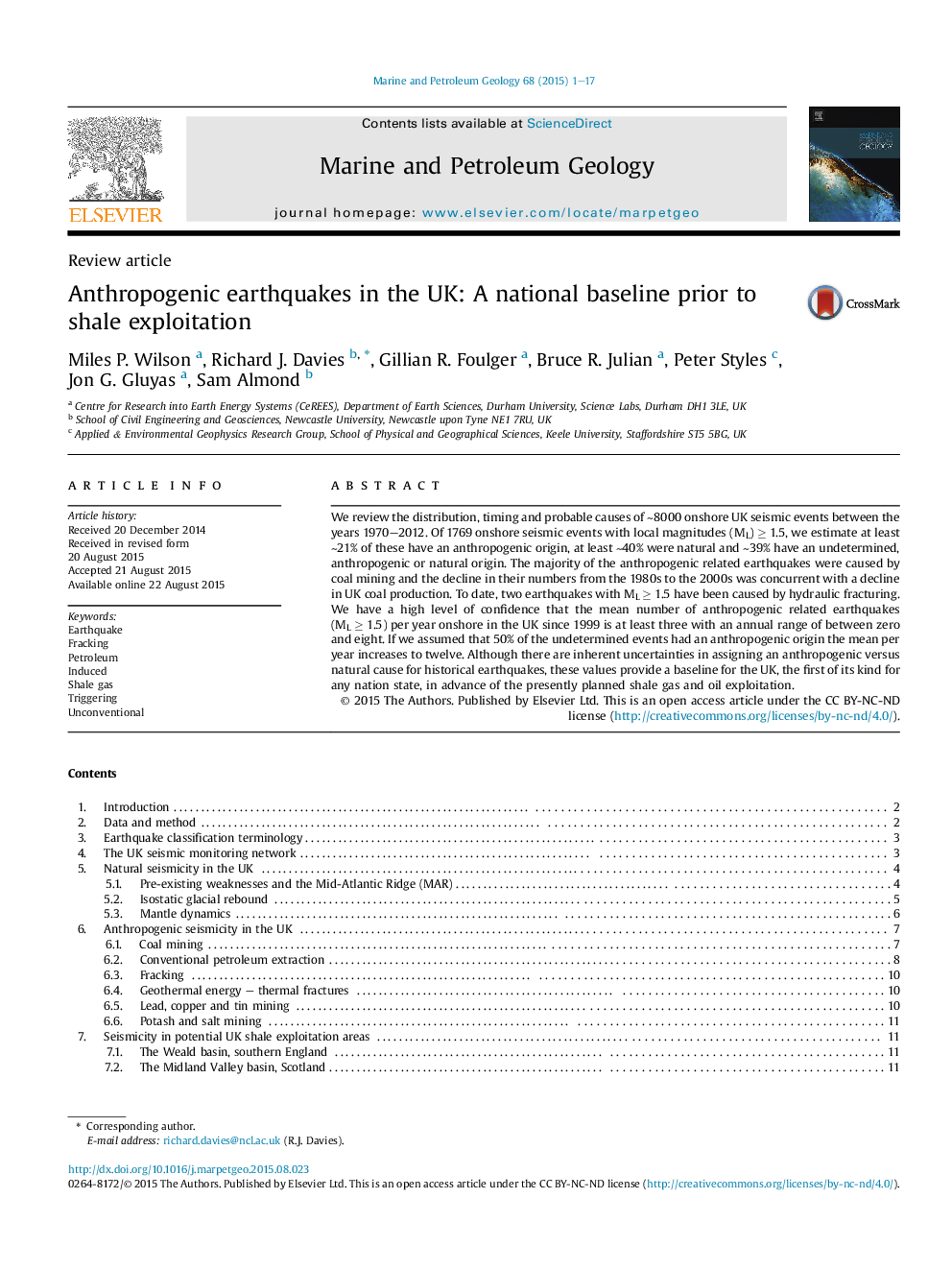 We review the distribution, timing and probable causes of â¼8000 onshore UK seismic events between the years 1970-2012. Of 1769 onshore seismic events with local magnitudes (ML) â¥Â 1.5, we estimate at least â¼21% of these have an anthropogenic origin, at least â¼40% were natural and â¼39% have an undetermined, anthropogenic or natural origin. The majority of the anthropogenic related earthquakes were caused by coal mining and the decline in their numbers from the 1980s to the 2000s was concurrent with a decline in UK coal production. To date, two earthquakes with MLÂ â¥Â 1.5 have been caused by hydraulic fracturing. We have a high level of confidence that the mean number of anthropogenic related earthquakes (MLÂ â¥Â 1.5) per year onshore in the UK since 1999 is at least three with an annual range of between zero and eight. If we assumed that 50% of the undetermined events had an anthropogenic origin the mean per year increases to twelve. Although there are inherent uncertainties in assigning an anthropogenic versus natural cause for historical earthquakes, these values provide a baseline for the UK, the first of its kind for any nation state, in advance of the presently planned shale gas and oil exploitation.