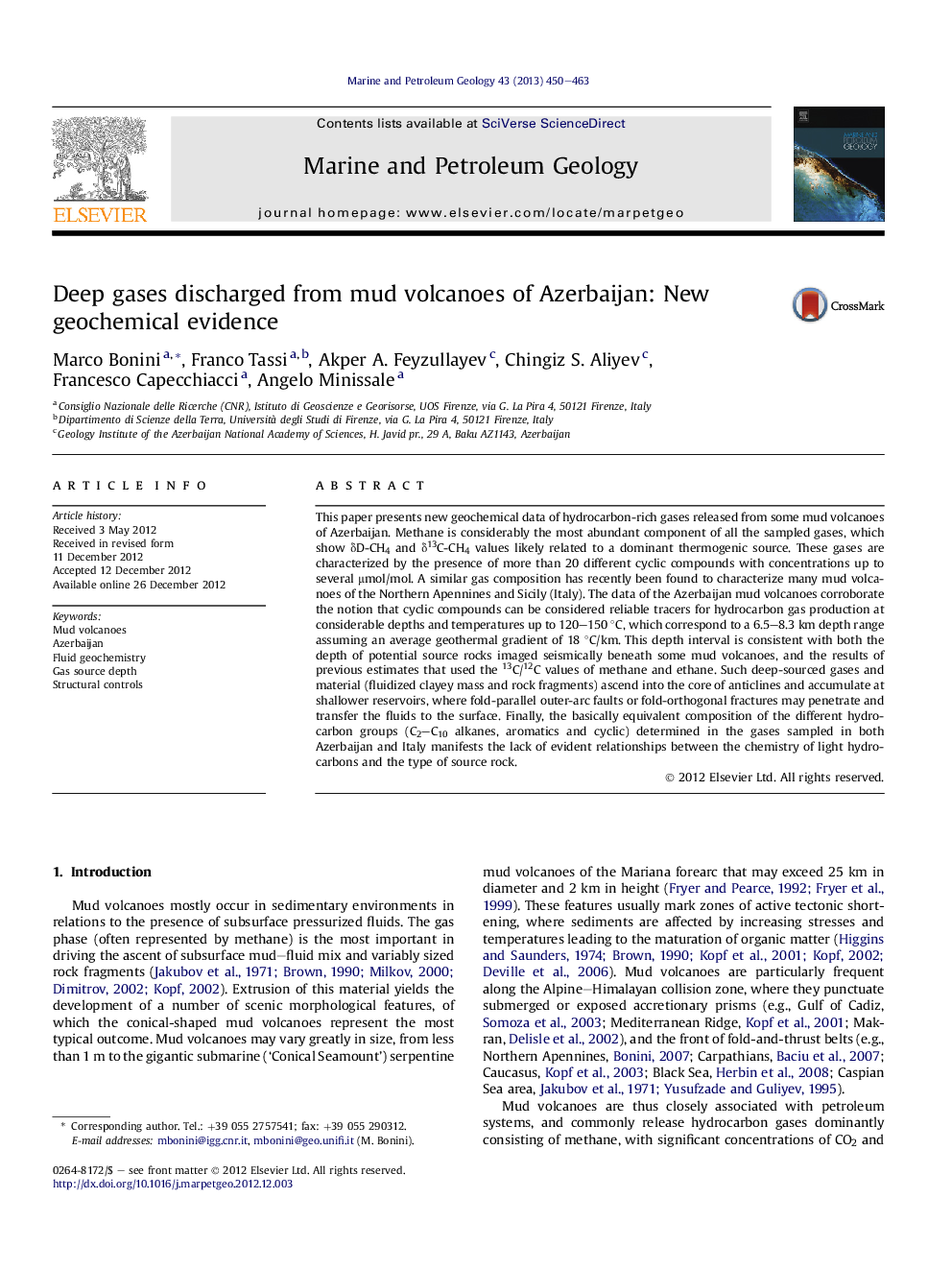 This paper presents new geochemical data of hydrocarbon-rich gases released from some mud volcanoes of Azerbaijan. Methane is considerably the most abundant component of all the sampled gases, which show Î´D-CH4 and Î´13C-CH4 values likely related to a dominant thermogenic source. These gases are characterized by the presence of more than 20 different cyclic compounds with concentrations up to several Î¼mol/mol. A similar gas composition has recently been found to characterize many mud volcanoes of the Northern Apennines and Sicily (Italy). The data of the Azerbaijan mud volcanoes corroborate the notion that cyclic compounds can be considered reliable tracers for hydrocarbon gas production at considerable depths and temperatures up to 120-150Â Â°C, which correspond to a 6.5-8.3Â km depth range assuming an average geothermal gradient of 18Â Â°C/km. This depth interval is consistent with both the depth of potential source rocks imaged seismically beneath some mud volcanoes, and the results of previous estimates that used the 13C/12C values of methane and ethane. Such deep-sourced gases and material (fluidized clayey mass and rock fragments) ascend into the core of anticlines and accumulate at shallower reservoirs, where fold-parallel outer-arc faults or fold-orthogonal fractures may penetrate and transfer the fluids to the surface. Finally, the basically equivalent composition of the different hydrocarbon groups (C2-C10 alkanes, aromatics and cyclic) determined in the gases sampled in both Azerbaijan and Italy manifests the lack of evident relationships between the chemistry of light hydrocarbons and the type of source rock.