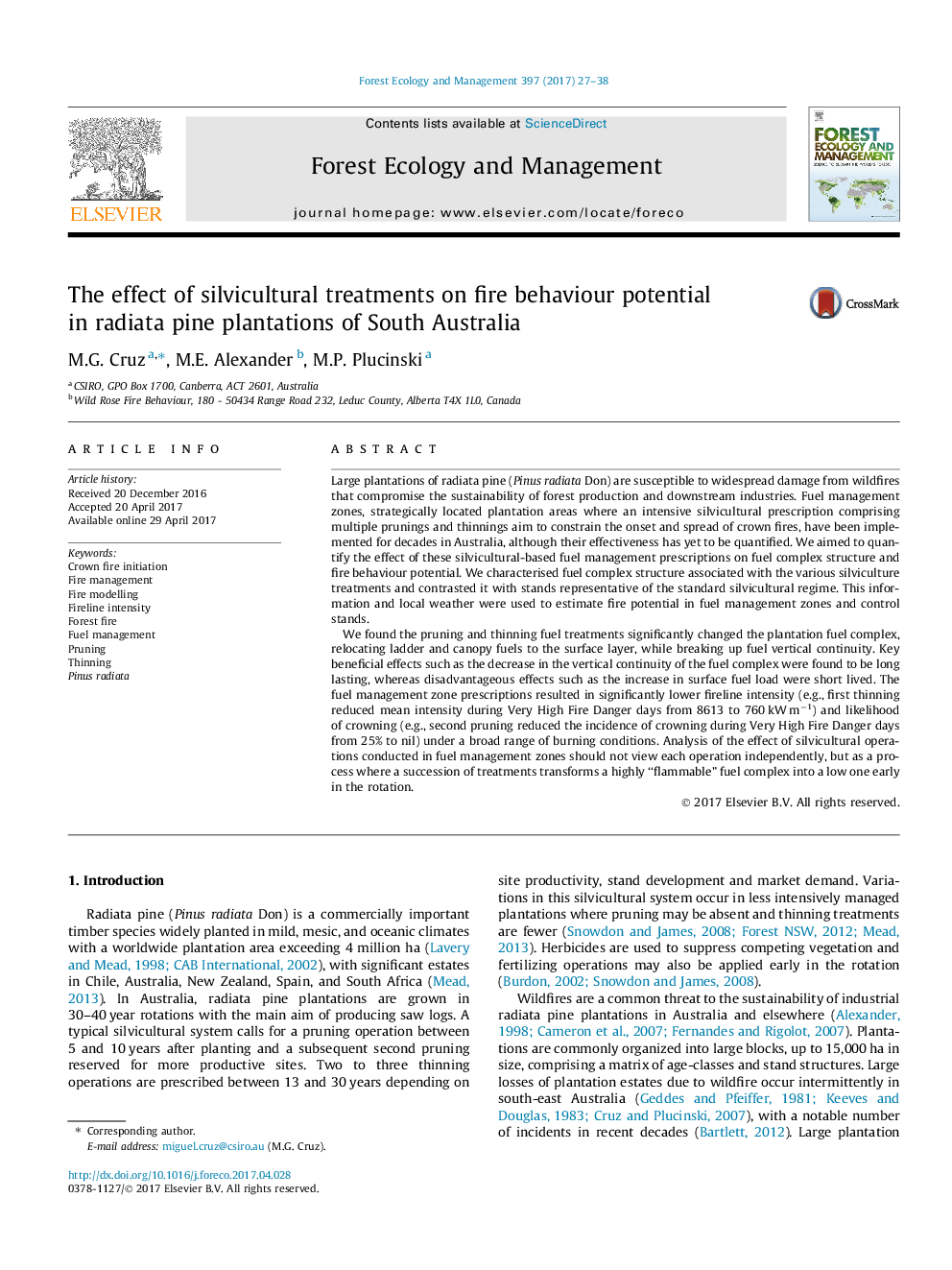 - The effects of silvicultural-based fuel management on fire behaviour were evaluated.
- The major benefit was the long lasting effect of a decrease in vertical fuel continuity.
- The adverse impacts such as the increase in surface fuel load were short lived.
- Silvicultural prescriptions reduced fireline intensity and the likelihood of crowning.

Large plantations of radiata pine (Pinus radiata Don) are susceptible to widespread damage from wildfires that compromise the sustainability of forest production and downstream industries. Fuel management zones, strategically located plantation areas where an intensive silvicultural prescription comprising multiple prunings and thinnings aim to constrain the onset and spread of crown fires, have been implemented for decades in Australia, although their effectiveness has yet to be quantified. We aimed to quantify the effect of these silvicultural-based fuel management prescriptions on fuel complex structure and fire behaviour potential. We characterised fuel complex structure associated with the various silviculture treatments and contrasted it with stands representative of the standard silvicultural regime. This information and local weather were used to estimate fire potential in fuel management zones and control stands.We found the pruning and thinning fuel treatments significantly changed the plantation fuel complex, relocating ladder and canopy fuels to the surface layer, while breaking up fuel vertical continuity. Key beneficial effects such as the decrease in the vertical continuity of the fuel complex were found to be long lasting, whereas disadvantageous effects such as the increase in surface fuel load were short lived. The fuel management zone prescriptions resulted in significantly lower fireline intensity (e.g., first thinning reduced mean intensity during Very High Fire Danger days from 8613 to 760Â kWÂ mâ1) and likelihood of crowning (e.g., second pruning reduced the incidence of crowning during Very High Fire Danger days from 25% to nil) under a broad range of burning conditions. Analysis of the effect of silvicultural operations conducted in fuel management zones should not view each operation independently, but as a process where a succession of treatments transforms a highly “flammable” fuel complex into a low one early in the rotation.