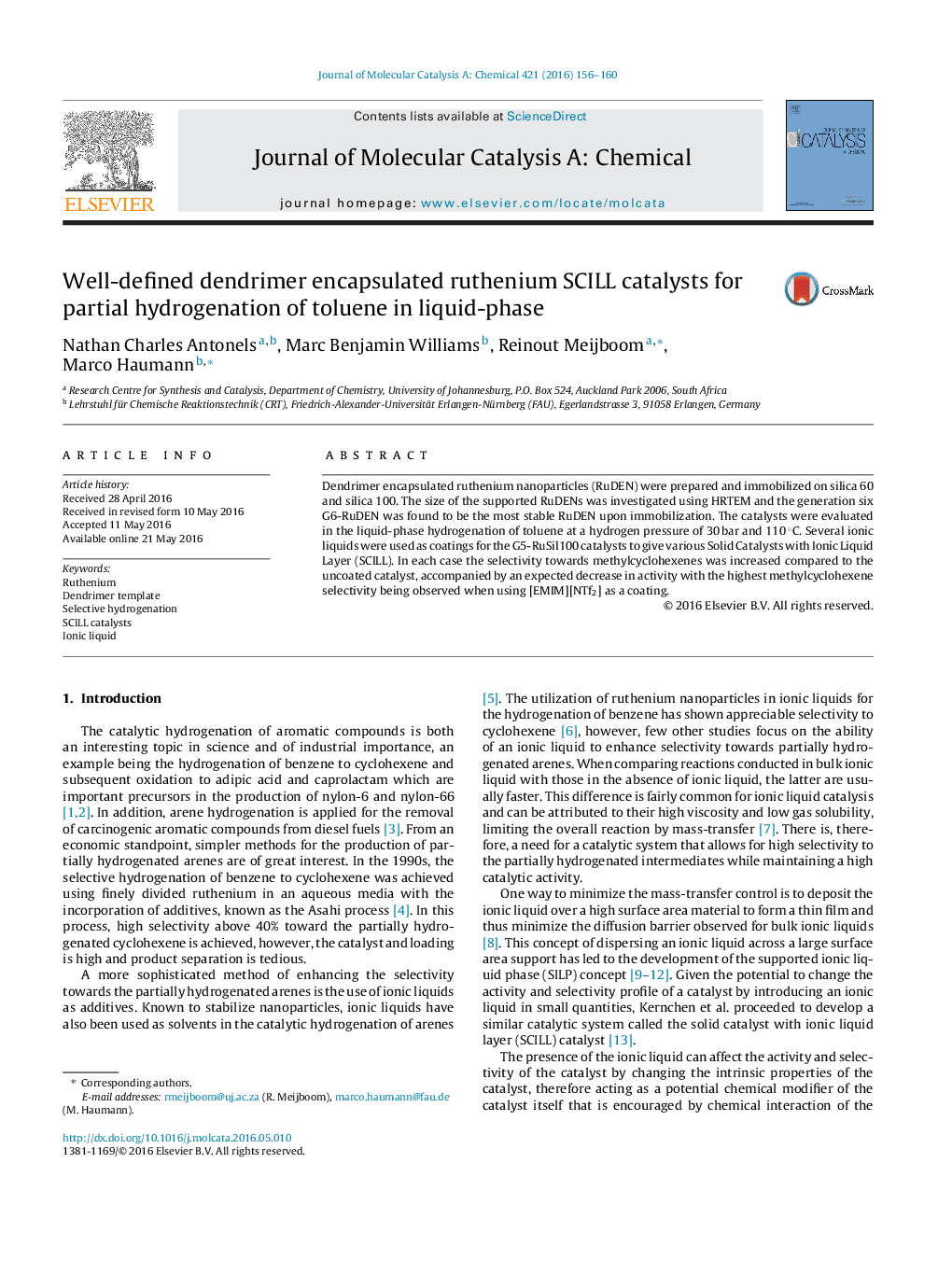 • Well-defined Ru nanoparticles with narrow size distribution have been synthesized, characterized and supported onto silica gel as catalysts for hydrogenation reactions.
• Dendrimer derived catalysts alone exhibited high activity and better selectivity in toluene hydrogenation compared to commercially available catalyst.
• Selectivity toward partially hydrogenated intermediate could be increased by thin film coating with ionic liquids.
• Beneficial effect of ionic liquid could not be pinpointed to one characteristic feature, thereby indicating a complex interplay between ionic liquid, metal and substrate/intermediate.

Dendrimer encapsulated ruthenium nanoparticles (RuDEN) were prepared and immobilized on silica 60 and silica 100. The size of the supported RuDENs was investigated using HRTEM and the generation six G6-RuDEN was found to be the most stable RuDEN upon immobilization. The catalysts were evaluated in the liquid-phase hydrogenation of toluene at a hydrogen pressure of 30 bar and 110 °C. Several ionic liquids were used as coatings for the G5-RuSil100 catalysts to give various Solid Catalysts with Ionic Liquid Layer (SCILL). In each case the selectivity towards methylcyclohexenes was increased compared to the uncoated catalyst, accompanied by an expected decrease in activity with the highest methylcyclohexene selectivity being observed when using [EMIM][NTf2] as a coating.