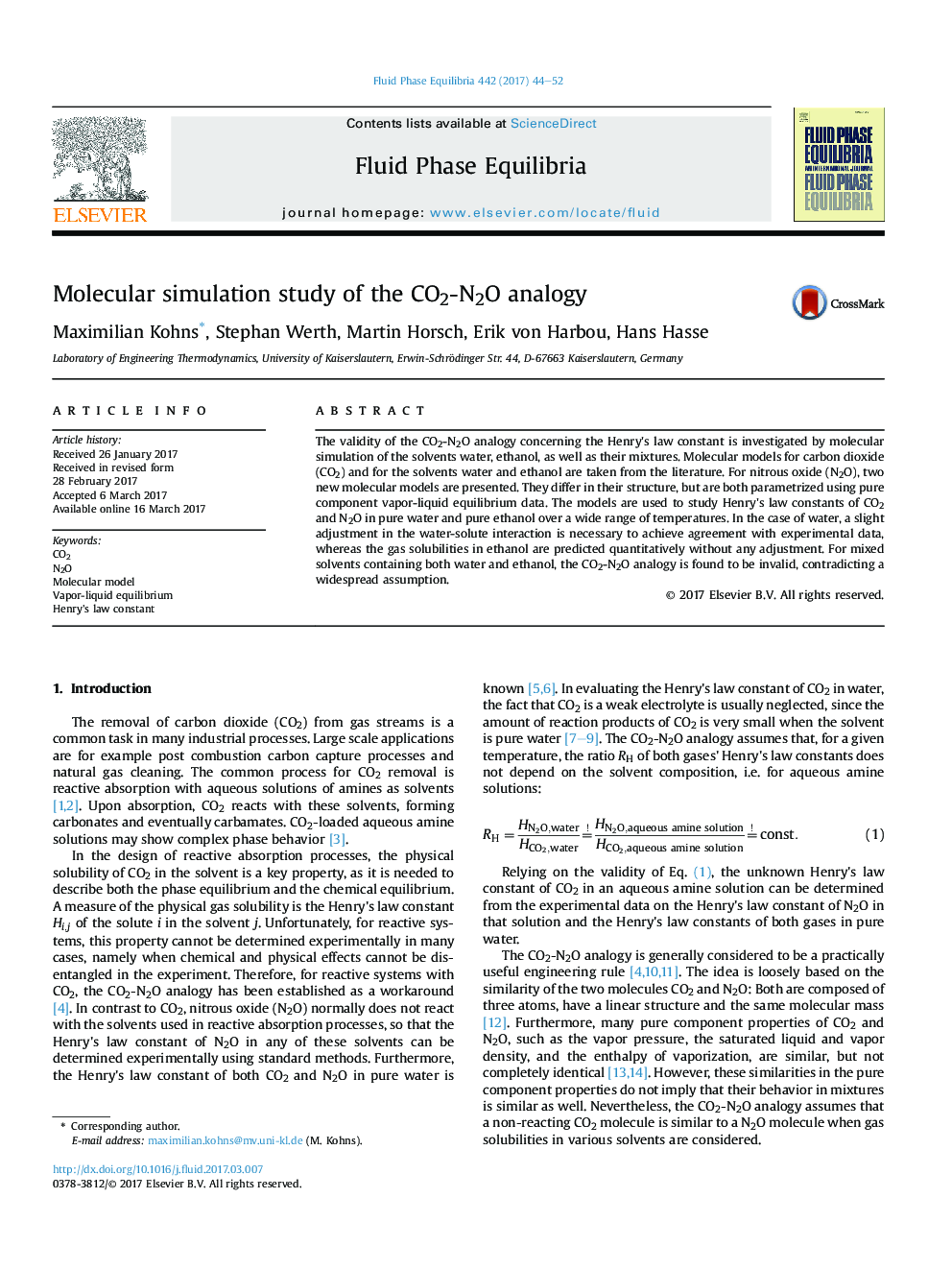 The validity of the CO2-N2O analogy concerning the Henry's law constant is investigated by molecular simulation of the solvents water, ethanol, as well as their mixtures. Molecular models for carbon dioxide (CO2) and for the solvents water and ethanol are taken from the literature. For nitrous oxide (N2O), two new molecular models are presented. They differ in their structure, but are both parametrized using pure component vapor-liquid equilibrium data. The models are used to study Henry's law constants of CO2 and N2O in pure water and pure ethanol over a wide range of temperatures. In the case of water, a slight adjustment in the water-solute interaction is necessary to achieve agreement with experimental data, whereas the gas solubilities in ethanol are predicted quantitatively without any adjustment. For mixed solvents containing both water and ethanol, the CO2-N2O analogy is found to be invalid, contradicting a widespread assumption.