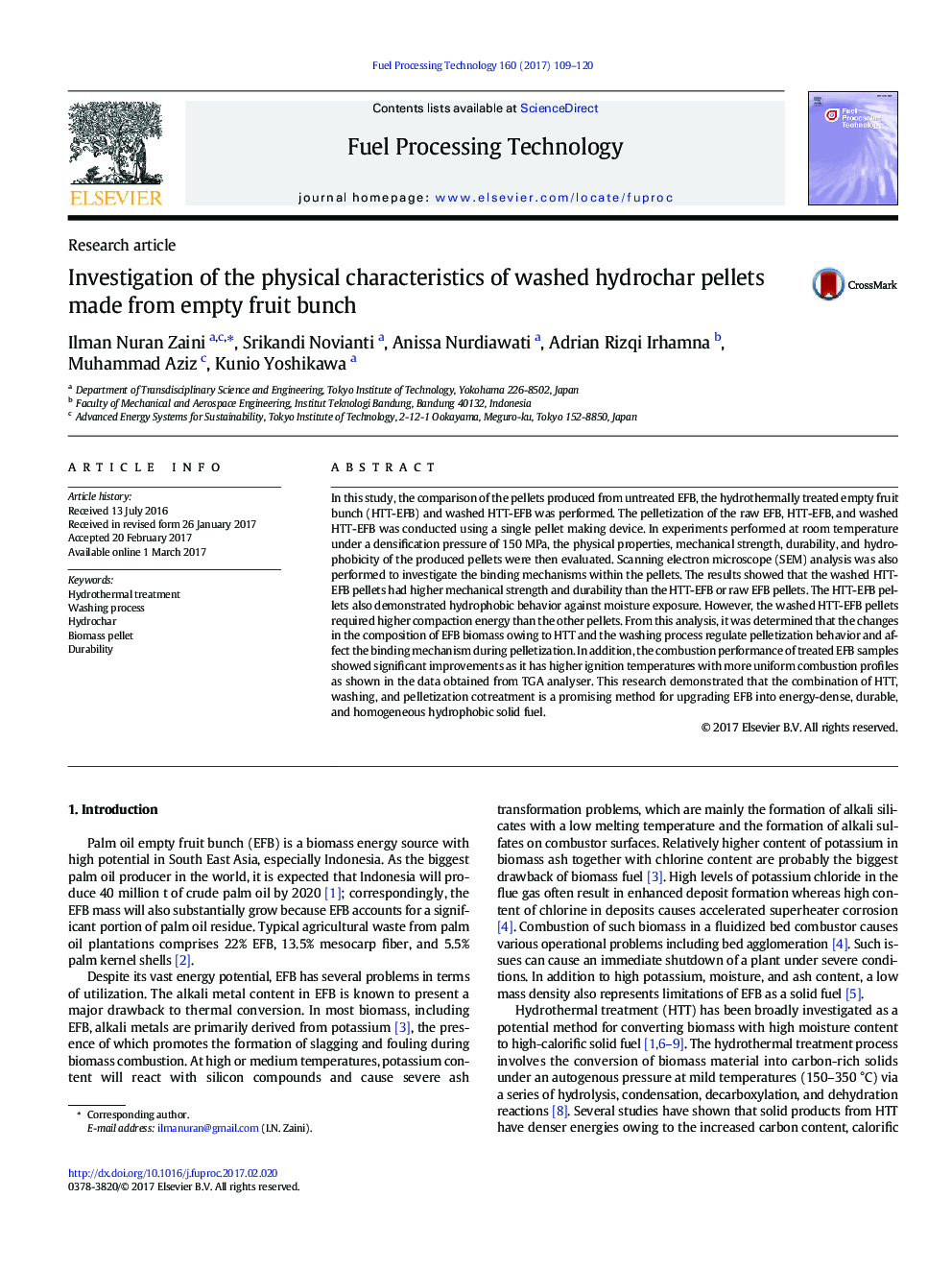 - Hydrothermal treatment and water washing were employed prior to the pelletization.
- Pellet's binding mechanism changed due to alteration of efb's chemical composition.
- Treated efb pellets showed higher mechanical strength and durability index.
- The washed hydrochar pellets had a similar durability level to the commercial pellets.

In this study, the comparison of the pellets produced from untreated EFB, the hydrothermally treated empty fruit bunch (HTT-EFB) and washed HTT-EFB was performed. The pelletization of the raw EFB, HTT-EFB, and washed HTT-EFB was conducted using a single pellet making device. In experiments performed at room temperature under a densification pressure of 150Â MPa, the physical properties, mechanical strength, durability, and hydrophobicity of the produced pellets were then evaluated. Scanning electron microscope (SEM) analysis was also performed to investigate the binding mechanisms within the pellets. The results showed that the washed HTT-EFB pellets had higher mechanical strength and durability than the HTT-EFB or raw EFB pellets. The HTT-EFB pellets also demonstrated hydrophobic behavior against moisture exposure. However, the washed HTT-EFB pellets required higher compaction energy than the other pellets. From this analysis, it was determined that the changes in the composition of EFB biomass owing to HTT and the washing process regulate pelletization behavior and affect the binding mechanism during pelletization. In addition, the combustion performance of treated EFB samples showed significant improvements as it has higher ignition temperatures with more uniform combustion profiles as shown in the data obtained from TGA analyser. This research demonstrated that the combination of HTT, washing, and pelletization cotreatment is a promising method for upgrading EFB into energy-dense, durable, and homogeneous hydrophobic solid fuel.