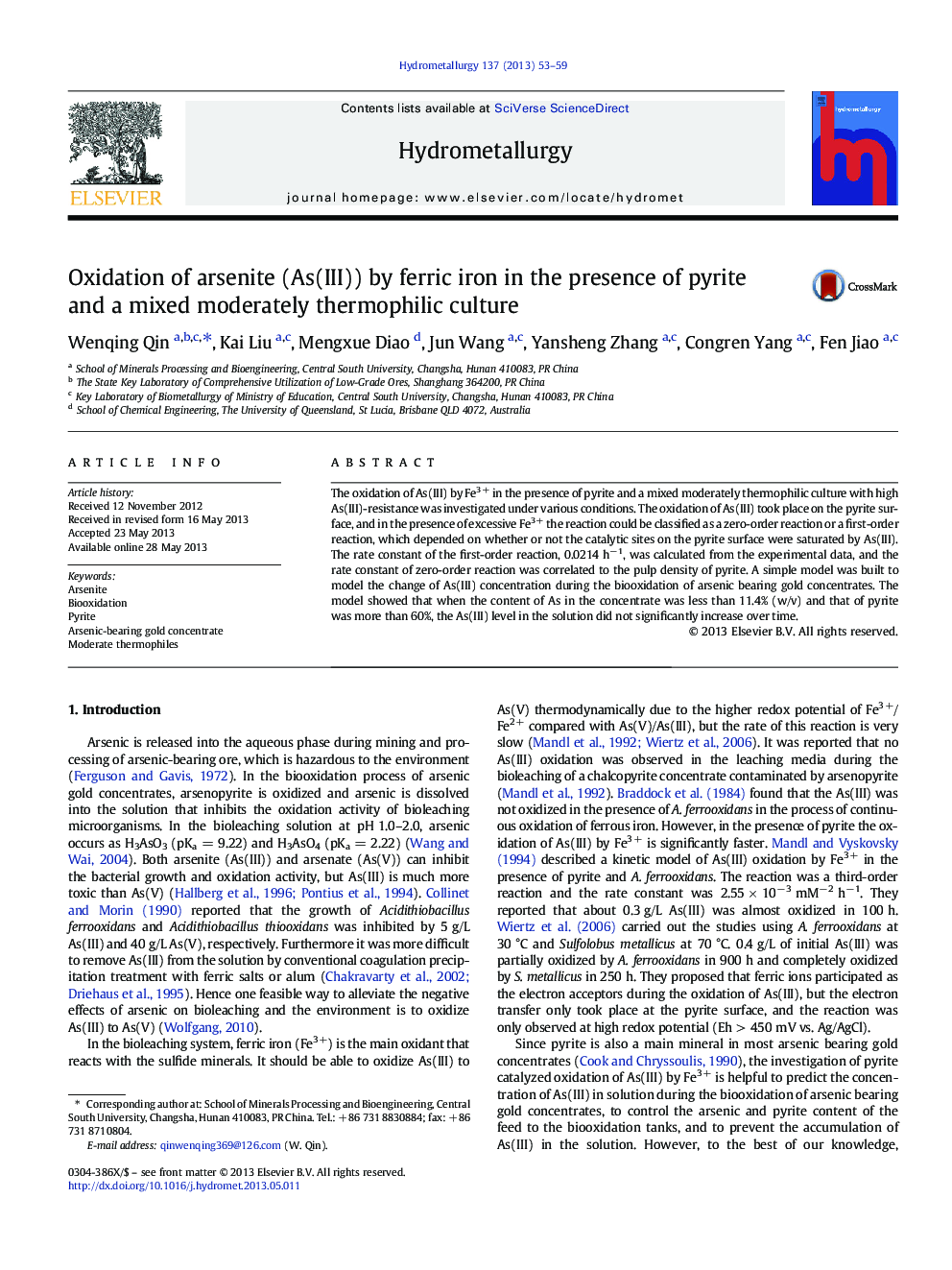 چکیده انگلیسی
The oxidation of As(III) by Fe3Â + in the presence of pyrite and a mixed moderately thermophilic culture with high As(III)-resistance was investigated under various conditions. The oxidation of As(III) took place on the pyrite surface, and in the presence of excessive Fe3Â + the reaction could be classified as a zero-order reaction or a first-order reaction, which depended on whether or not the catalytic sites on the pyrite surface were saturated by As(III). The rate constant of the first-order reaction, 0.0214Â hâÂ 1, was calculated from the experimental data, and the rate constant of zero-order reaction was correlated to the pulp density of pyrite. A simple model was built to model the change of As(III) concentration during the biooxidation of arsenic bearing gold concentrates. The model showed that when the content of As in the concentrate was less than 11.4% (w/v) and that of pyrite was more than 60%, the As(III) level in the solution did not significantly increase over time.
ناشر
Database: Elsevier - ScienceDirect (ساینس دایرکت)
Journal: Hydrometallurgy - Volume 137, May 2013, Pages 53-59
نویسندگان
Wenqing Qin, Kai Liu, Mengxue Diao, Jun Wang, Yansheng Zhang, Congren Yang, Fen Jiao,
دانلود مقاله + سفارش ترجمه
دانلود مقاله ISI انگلیسی
رایگان برای ایرانیان
سفارش ترجمه تخصصی
با تضمین قیمت و کیفیت
منتشر شده در