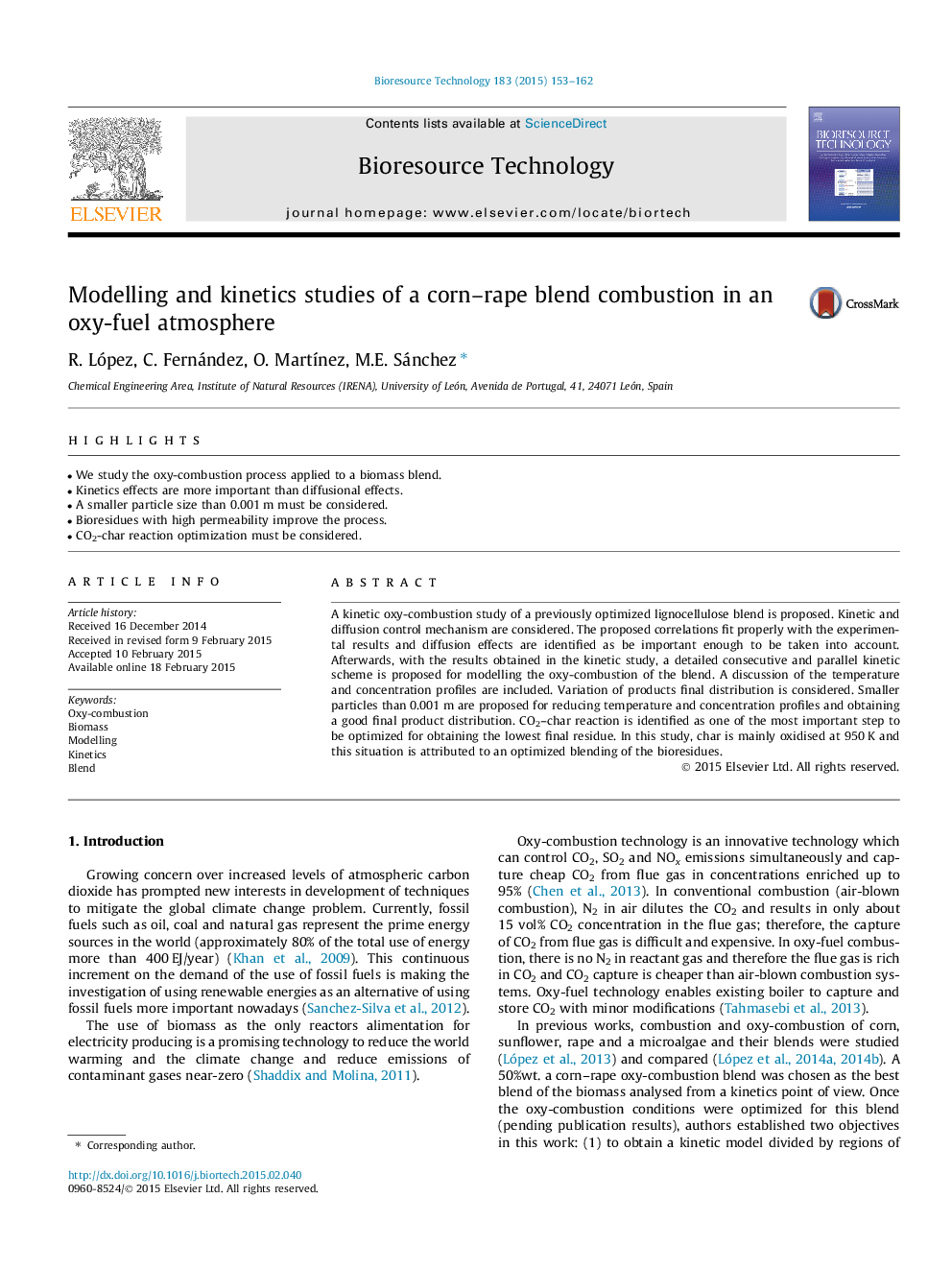 • We study the oxy-combustion process applied to a biomass blend.
• Kinetics effects are more important than diffusional effects.
• A smaller particle size than 0.001 m must be considered.
• Bioresidues with high permeability improve the process.
• CO2-char reaction optimization must be considered.

A kinetic oxy-combustion study of a previously optimized lignocellulose blend is proposed. Kinetic and diffusion control mechanism are considered. The proposed correlations fit properly with the experimental results and diffusion effects are identified as be important enough to be taken into account. Afterwards, with the results obtained in the kinetic study, a detailed consecutive and parallel kinetic scheme is proposed for modelling the oxy-combustion of the blend. A discussion of the temperature and concentration profiles are included. Variation of products final distribution is considered. Smaller particles than 0.001 m are proposed for reducing temperature and concentration profiles and obtaining a good final product distribution. CO2–char reaction is identified as one of the most important step to be optimized for obtaining the lowest final residue. In this study, char is mainly oxidised at 950 K and this situation is attributed to an optimized blending of the bioresidues.