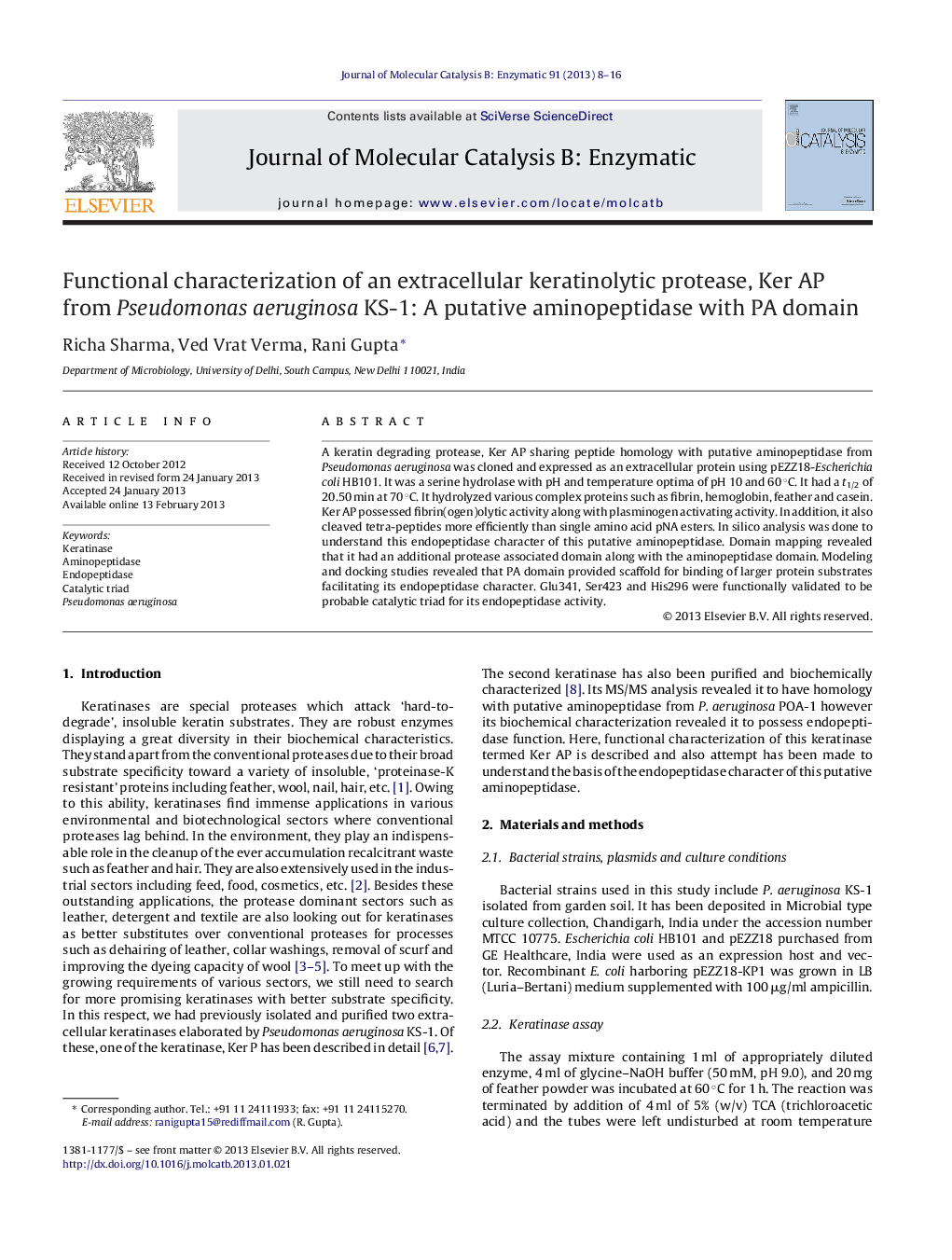 A keratin degrading protease, Ker AP sharing peptide homology with putative aminopeptidase from Pseudomonas aeruginosa was cloned and expressed as an extracellular protein using pEZZ18-Escherichia coli HB101. It was a serine hydrolase with pH and temperature optima of pH 10 and 60 °C. It had a t1/2 of 20.50 min at 70 °C. It hydrolyzed various complex proteins such as fibrin, hemoglobin, feather and casein. Ker AP possessed fibrin(ogen)olytic activity along with plasminogen activating activity. In addition, it also cleaved tetra-peptides more efficiently than single amino acid pNA esters. In silico analysis was done to understand this endopeptidase character of this putative aminopeptidase. Domain mapping revealed that it had an additional protease associated domain along with the aminopeptidase domain. Modeling and docking studies revealed that PA domain provided scaffold for binding of larger protein substrates facilitating its endopeptidase character. Glu341, Ser423 and His296 were functionally validated to be probable catalytic triad for its endopeptidase activity.