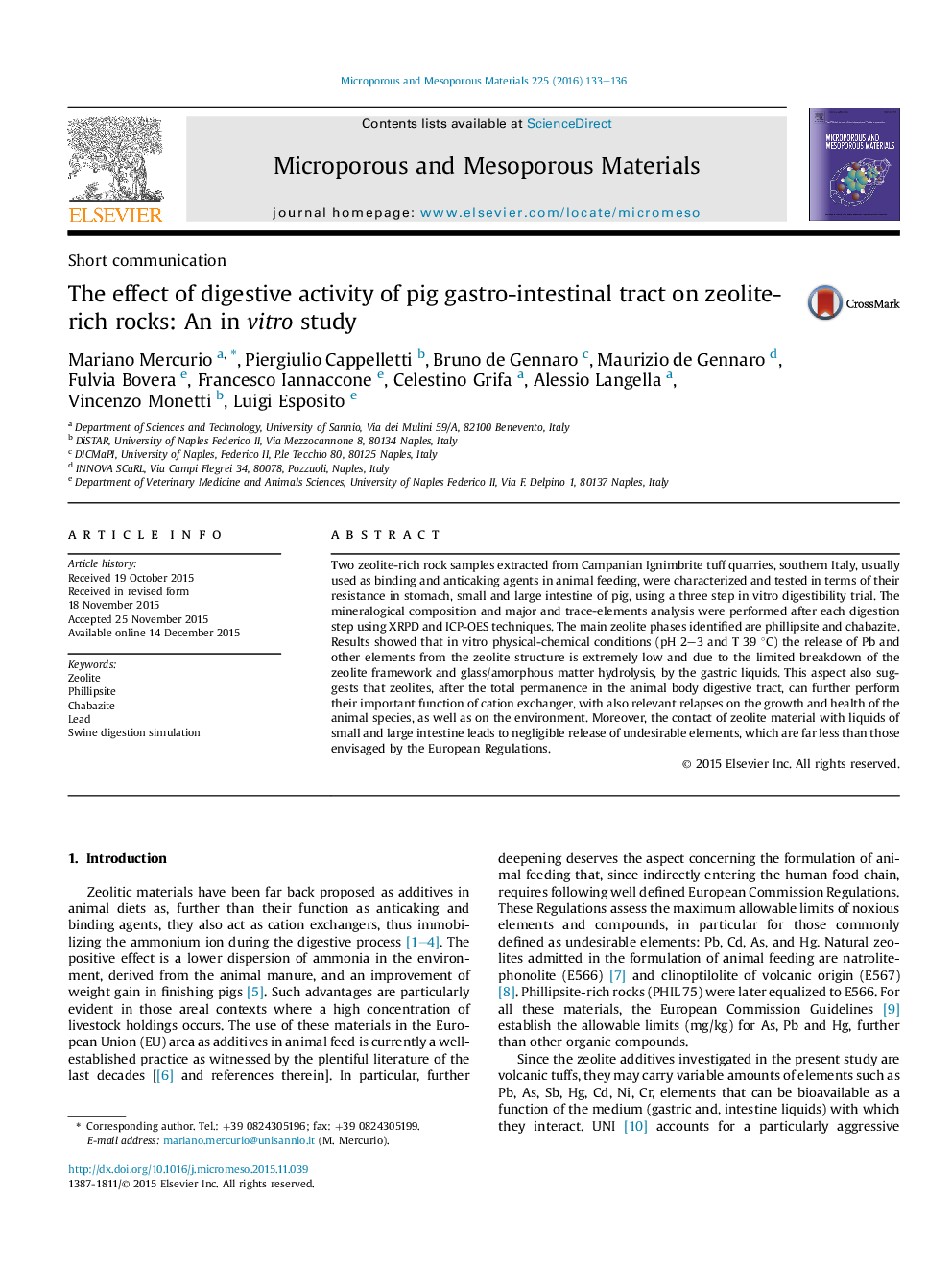 • The use of zeolitic rocks in the livestock sector is a well-established practice.
• A multidisciplinary study is required to prove if zeolites represent a risk for pig.
• Zeolites, after total permanence in the pig body digestive tract, are preserved.

Two zeolite-rich rock samples extracted from Campanian Ignimbrite tuff quarries, southern Italy, usually used as binding and anticaking agents in animal feeding, were characterized and tested in terms of their resistance in stomach, small and large intestine of pig, using a three step in vitro digestibility trial. The mineralogical composition and major and trace-elements analysis were performed after each digestion step using XRPD and ICP-OES techniques. The main zeolite phases identified are phillipsite and chabazite. Results showed that in vitro physical-chemical conditions (pH 2–3 and T 39 °C) the release of Pb and other elements from the zeolite structure is extremely low and due to the limited breakdown of the zeolite framework and glass/amorphous matter hydrolysis, by the gastric liquids. This aspect also suggests that zeolites, after the total permanence in the animal body digestive tract, can further perform their important function of cation exchanger, with also relevant relapses on the growth and health of the animal species, as well as on the environment. Moreover, the contact of zeolite material with liquids of small and large intestine leads to negligible release of undesirable elements, which are far less than those envisaged by the European Regulations.