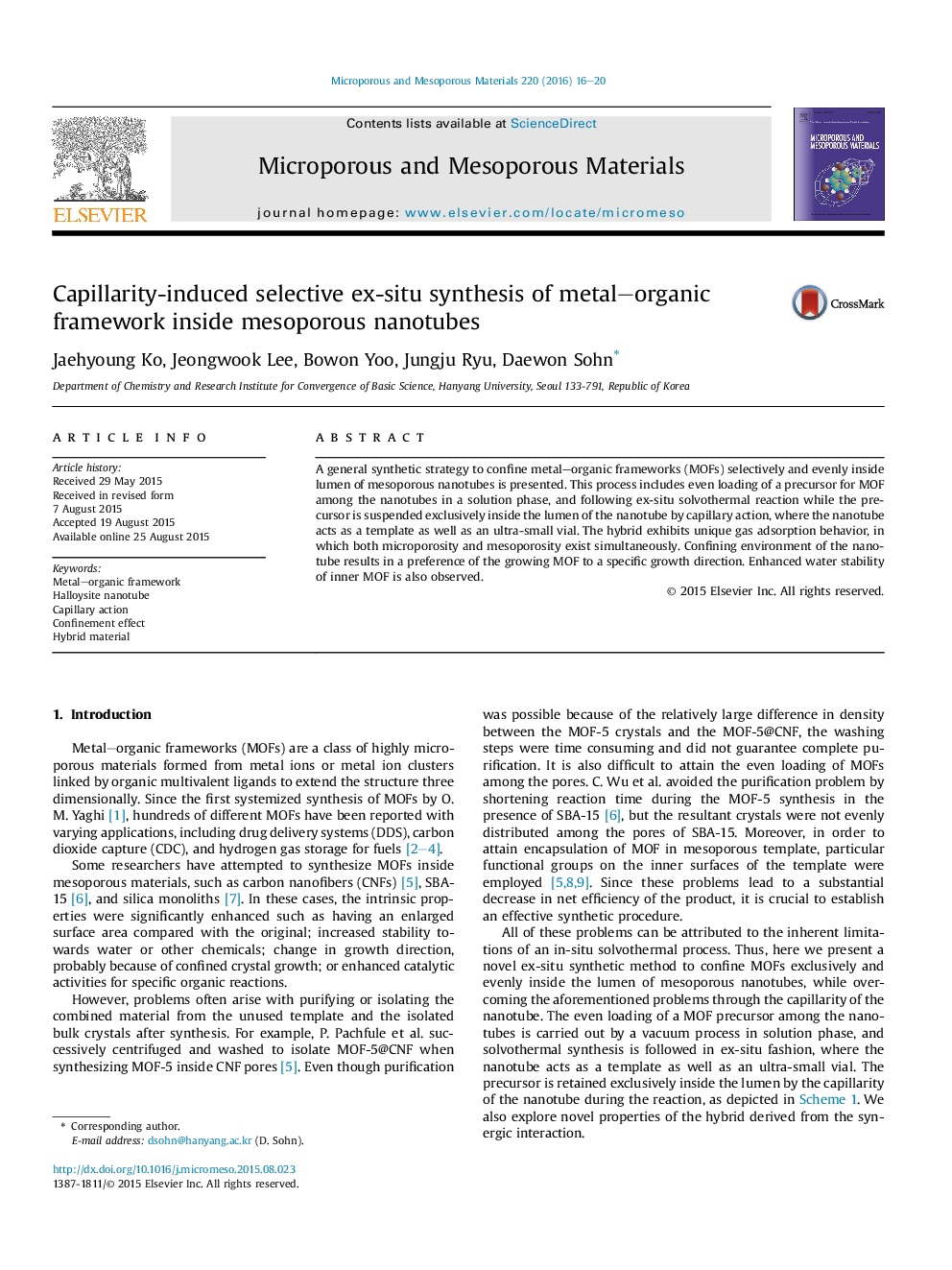 • A novel strategy to synthesize MOFs inside mesoporous nanotubes is presented.
• Problems often arose by in-situ synthesis were solved by adopting ex-situ method.
• Capillarity of a nanotube was utilized to hold the precursor during the synthesis.
• Confined growth of MOF gave rise to a change in its growth direction.
• Enhanced water stability of inner MOF is also observed.

A general synthetic strategy to confine metal–organic frameworks (MOFs) selectively and evenly inside lumen of mesoporous nanotubes is presented. This process includes even loading of a precursor for MOF among the nanotubes in a solution phase, and following ex-situ solvothermal reaction while the precursor is suspended exclusively inside the lumen of the nanotube by capillary action, where the nanotube acts as a template as well as an ultra-small vial. The hybrid exhibits unique gas adsorption behavior, in which both microporosity and mesoporosity exist simultaneously. Confining environment of the nanotube results in a preference of the growing MOF to a specific growth direction. Enhanced water stability of inner MOF is also observed.