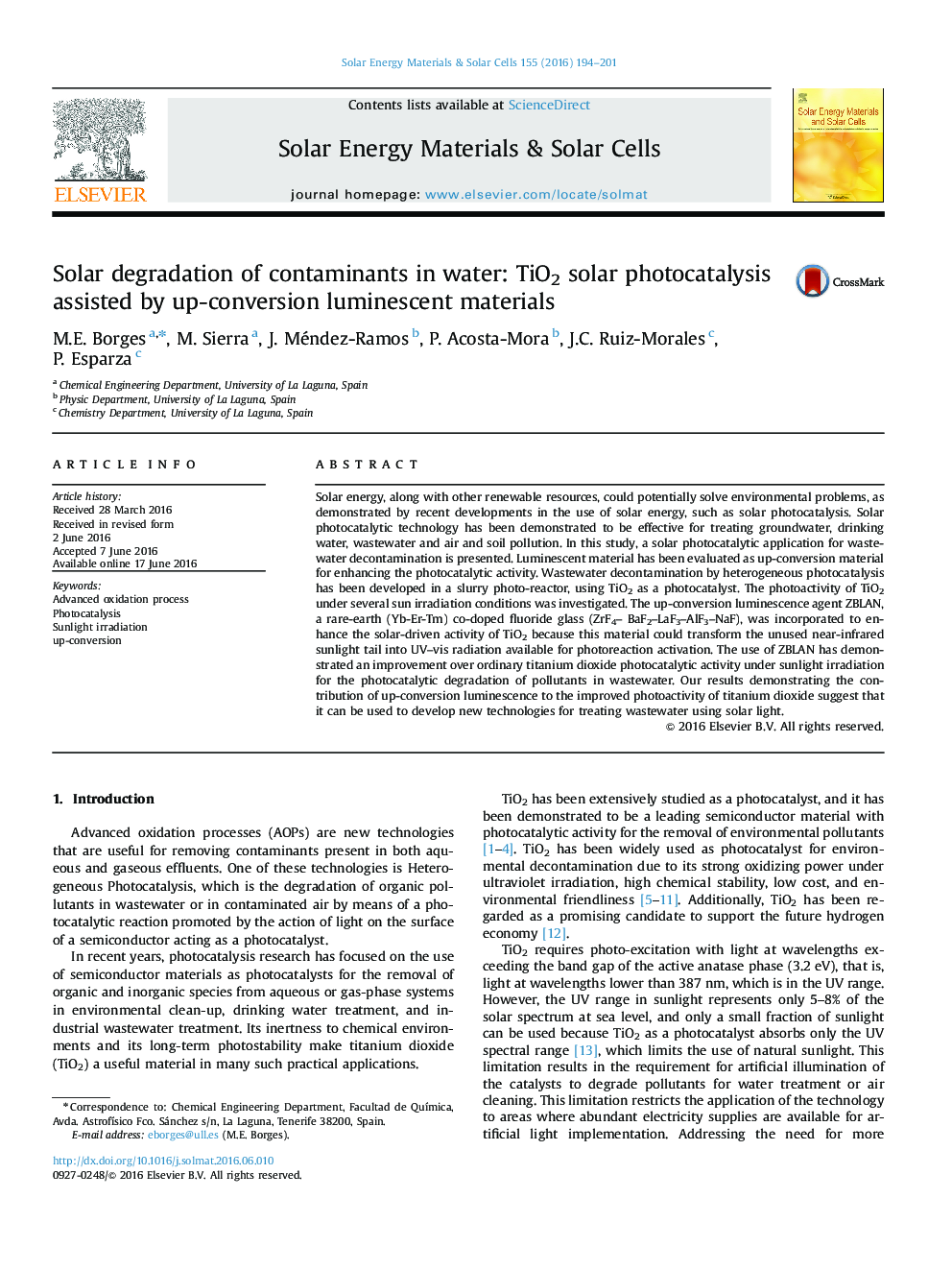 Solar energy, along with other renewable resources, could potentially solve environmental problems, as demonstrated by recent developments in the use of solar energy, such as solar photocatalysis. Solar photocatalytic technology has been demonstrated to be effective for treating groundwater, drinking water, wastewater and air and soil pollution. In this study, a solar photocatalytic application for wastewater decontamination is presented. Luminescent material has been evaluated as up-conversion material for enhancing the photocatalytic activity. Wastewater decontamination by heterogeneous photocatalysis has been developed in a slurry photo-reactor, using TiO2 as a photocatalyst. The photoactivity of TiO2 under several sun irradiation conditions was investigated. The up-conversion luminescence agent ZBLAN, a rare-earth (Yb-Er-Tm) co-doped fluoride glass (ZrF4– BaF2–LaF3–AlF3–NaF), was incorporated to enhance the solar-driven activity of TiO2 because this material could transform the unused near-infrared sunlight tail into UV–vis radiation available for photoreaction activation. The use of ZBLAN has demonstrated an improvement over ordinary titanium dioxide photocatalytic activity under sunlight irradiation for the photocatalytic degradation of pollutants in wastewater. Our results demonstrating the contribution of up-conversion luminescence to the improved photoactivity of titanium dioxide suggest that it can be used to develop new technologies for treating wastewater using solar light.