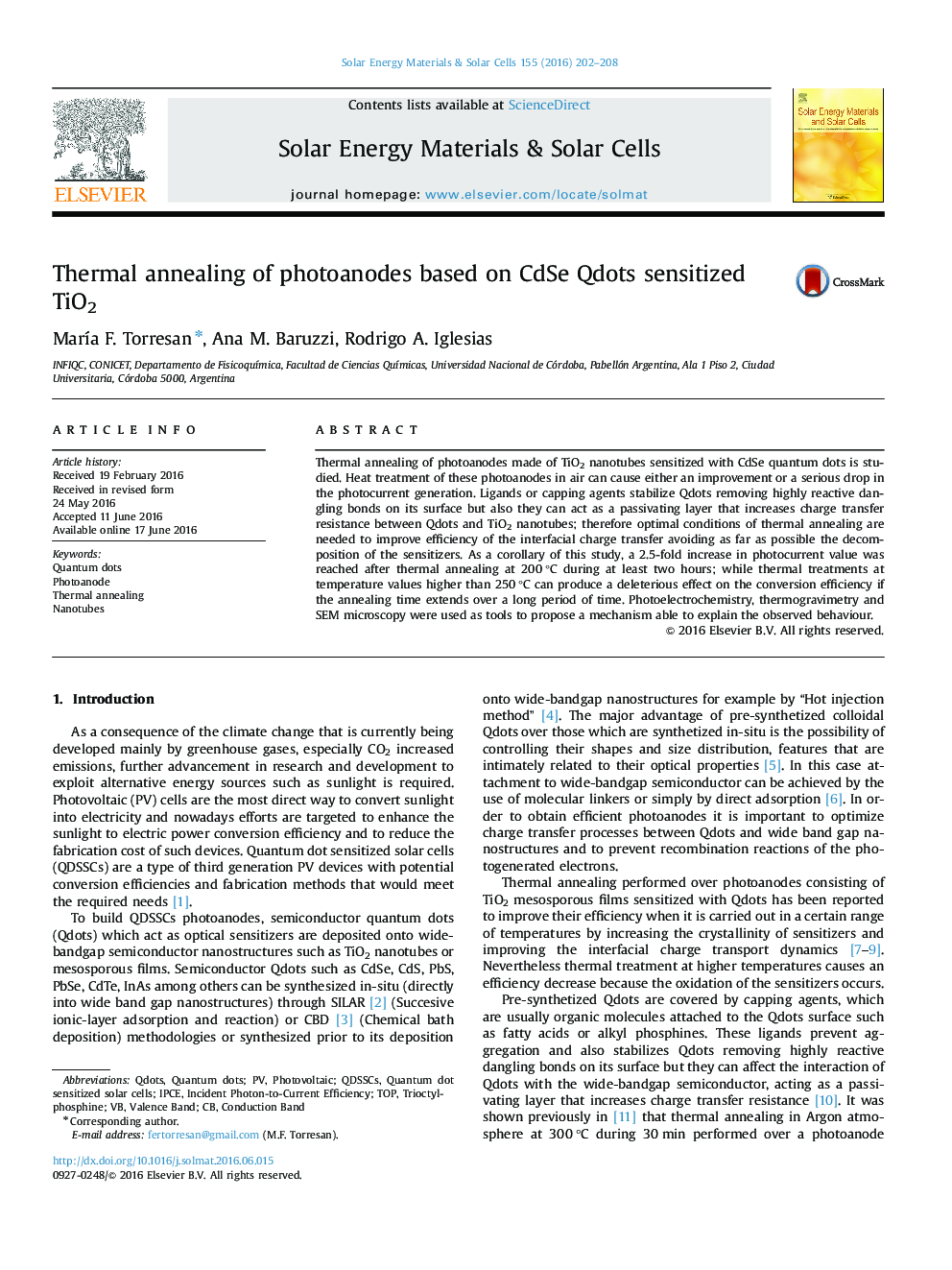 Thermal annealing of photoanodes made of TiO2 nanotubes sensitized with CdSe quantum dots is studied. Heat treatment of these photoanodes in air can cause either an improvement or a serious drop in the photocurrent generation. Ligands or capping agents stabilize Qdots removing highly reactive dangling bonds on its surface but also they can act as a passivating layer that increases charge transfer resistance between Qdots and TiO2 nanotubes; therefore optimal conditions of thermal annealing are needed to improve efficiency of the interfacial charge transfer avoiding as far as possible the decomposition of the sensitizers. As a corollary of this study, a 2.5-fold increase in photocurrent value was reached after thermal annealing at 200 °C during at least two hours; while thermal treatments at temperature values higher than 250 °C can produce a deleterious effect on the conversion efficiency if the annealing time extends over a long period of time. Photoelectrochemistry, thermogravimetry and SEM microscopy were used as tools to propose a mechanism able to explain the observed behaviour.