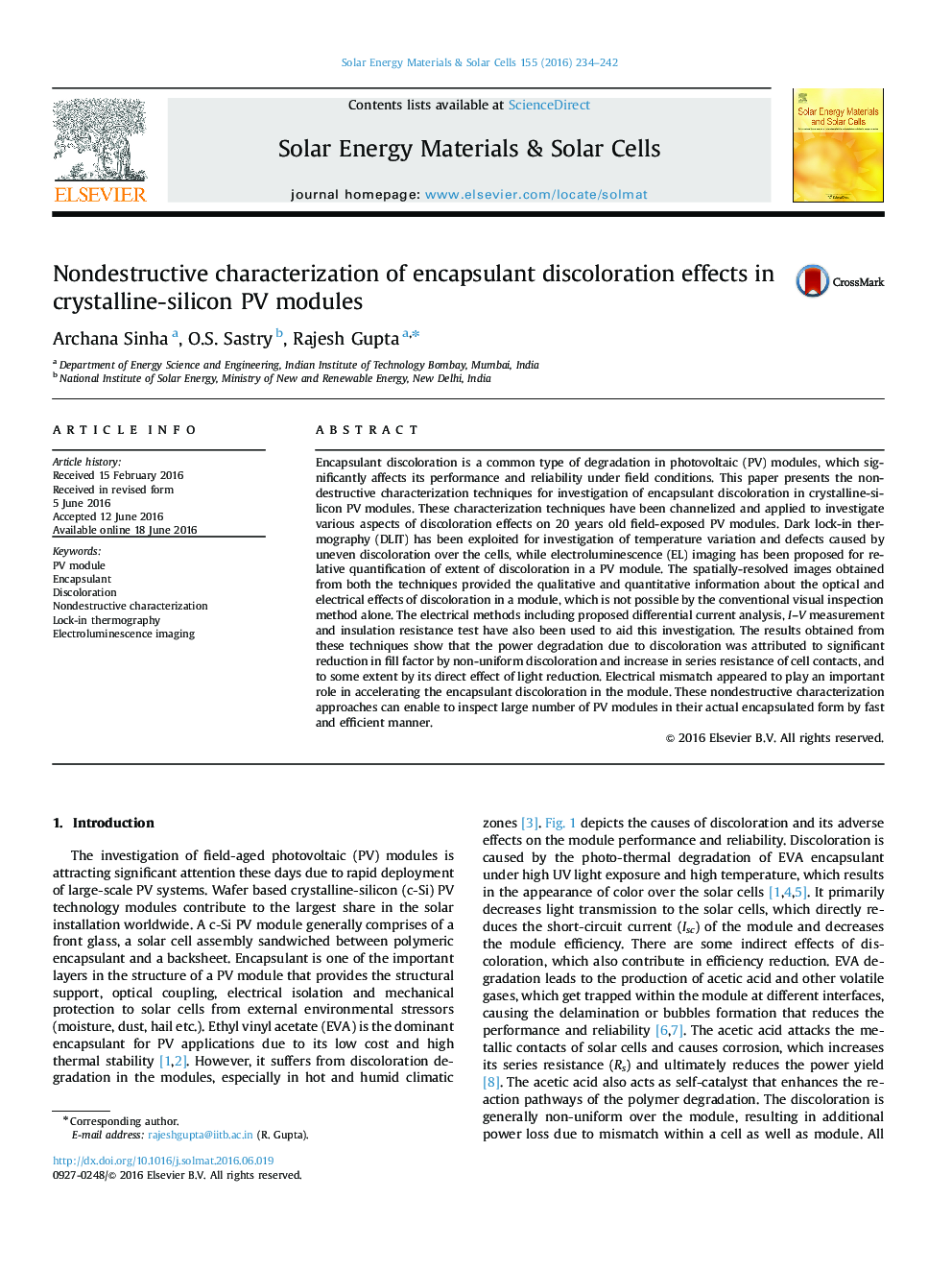 Encapsulant discoloration is a common type of degradation in photovoltaic (PV) modules, which significantly affects its performance and reliability under field conditions. This paper presents the nondestructive characterization techniques for investigation of encapsulant discoloration in crystalline-silicon PV modules. These characterization techniques have been channelized and applied to investigate various aspects of discoloration effects on 20 years old field-exposed PV modules. Dark lock-in thermography (DLIT) has been exploited for investigation of temperature variation and defects caused by uneven discoloration over the cells, while electroluminescence (EL) imaging has been proposed for relative quantification of extent of discoloration in a PV module. The spatially-resolved images obtained from both the techniques provided the qualitative and quantitative information about the optical and electrical effects of discoloration in a module, which is not possible by the conventional visual inspection method alone. The electrical methods including proposed differential current analysis, I–V measurement and insulation resistance test have also been used to aid this investigation. The results obtained from these techniques show that the power degradation due to discoloration was attributed to significant reduction in fill factor by non-uniform discoloration and increase in series resistance of cell contacts, and to some extent by its direct effect of light reduction. Electrical mismatch appeared to play an important role in accelerating the encapsulant discoloration in the module. These nondestructive characterization approaches can enable to inspect large number of PV modules in their actual encapsulated form by fast and efficient manner.