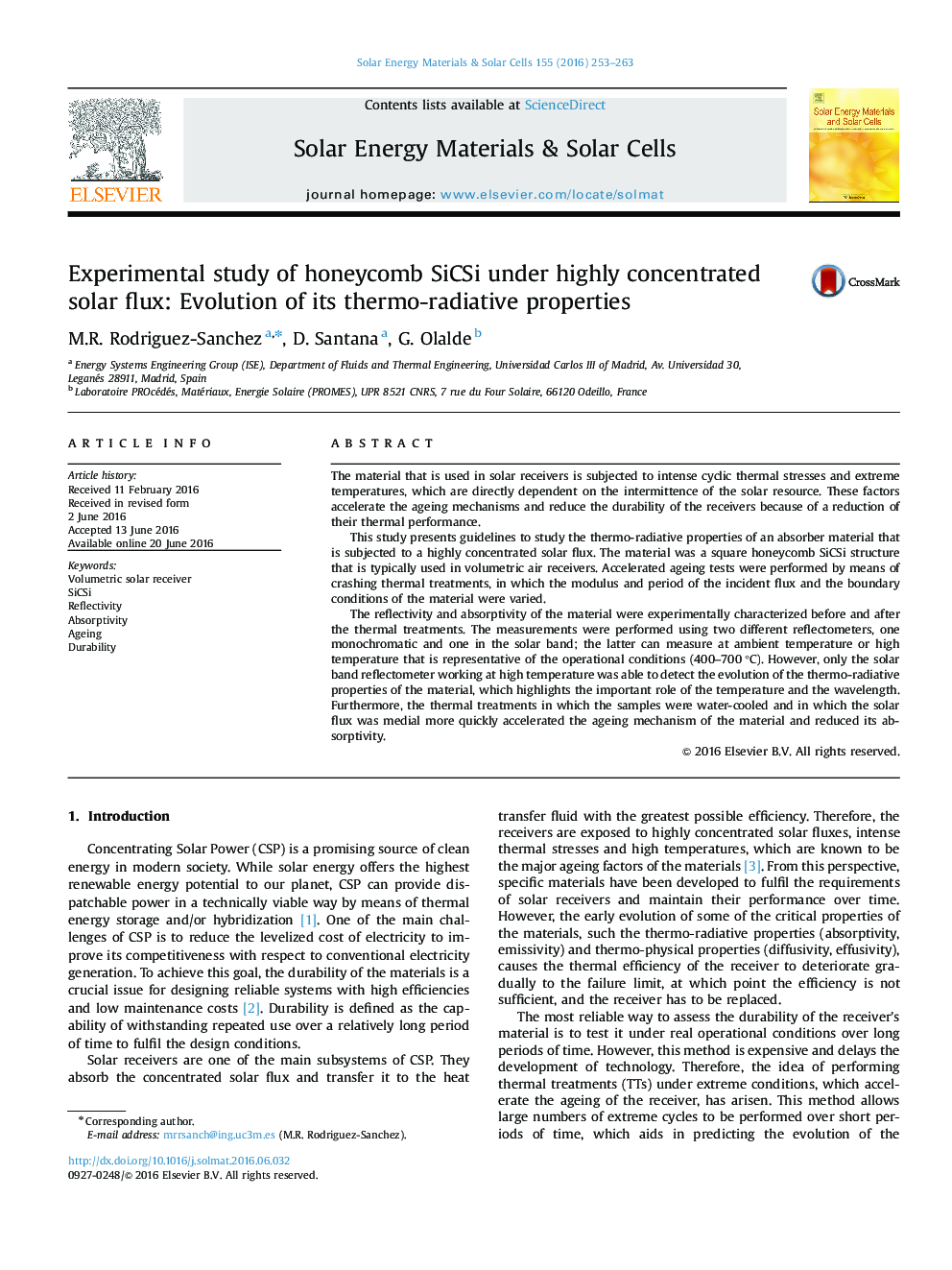 The material that is used in solar receivers is subjected to intense cyclic thermal stresses and extreme temperatures, which are directly dependent on the intermittence of the solar resource. These factors accelerate the ageing mechanisms and reduce the durability of the receivers because of a reduction of their thermal performance.This study presents guidelines to study the thermo-radiative properties of an absorber material that is subjected to a highly concentrated solar flux. The material was a square honeycomb SiCSi structure that is typically used in volumetric air receivers. Accelerated ageing tests were performed by means of crashing thermal treatments, in which the modulus and period of the incident flux and the boundary conditions of the material were varied.The reflectivity and absorptivity of the material were experimentally characterized before and after the thermal treatments. The measurements were performed using two different reflectometers, one monochromatic and one in the solar band; the latter can measure at ambient temperature or high temperature that is representative of the operational conditions (400–700 °C). However, only the solar band reflectometer working at high temperature was able to detect the evolution of the thermo-radiative properties of the material, which highlights the important role of the temperature and the wavelength. Furthermore, the thermal treatments in which the samples were water-cooled and in which the solar flux was medial more quickly accelerated the ageing mechanism of the material and reduced its absorptivity.