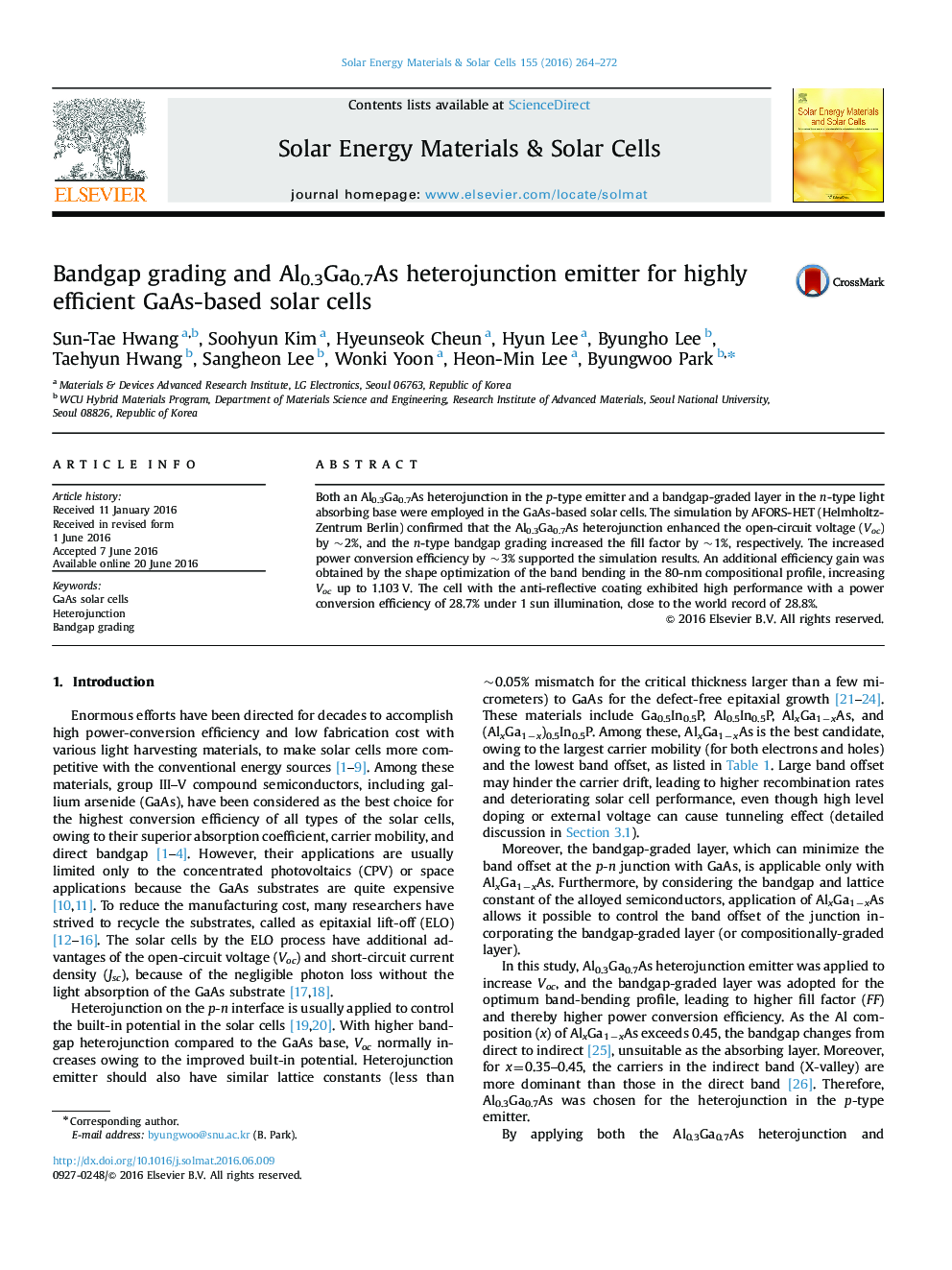 Both an Al0.3Ga0.7As heterojunction in the p-type emitter and a bandgap-graded layer in the n-type light absorbing base were employed in the GaAs-based solar cells. The simulation by AFORS-HET (Helmholtz-Zentrum Berlin) confirmed that the Al0.3Ga0.7As heterojunction enhanced the open-circuit voltage (Voc) by ~2%, and the n-type bandgap grading increased the fill factor by ~1%, respectively. The increased power conversion efficiency by ~3% supported the simulation results. An additional efficiency gain was obtained by the shape optimization of the band bending in the 80-nm compositional profile, increasing Voc up to 1.103 V. The cell with the anti-reflective coating exhibited high performance with a power conversion efficiency of 28.7% under 1 sun illumination, close to the world record of 28.8%.