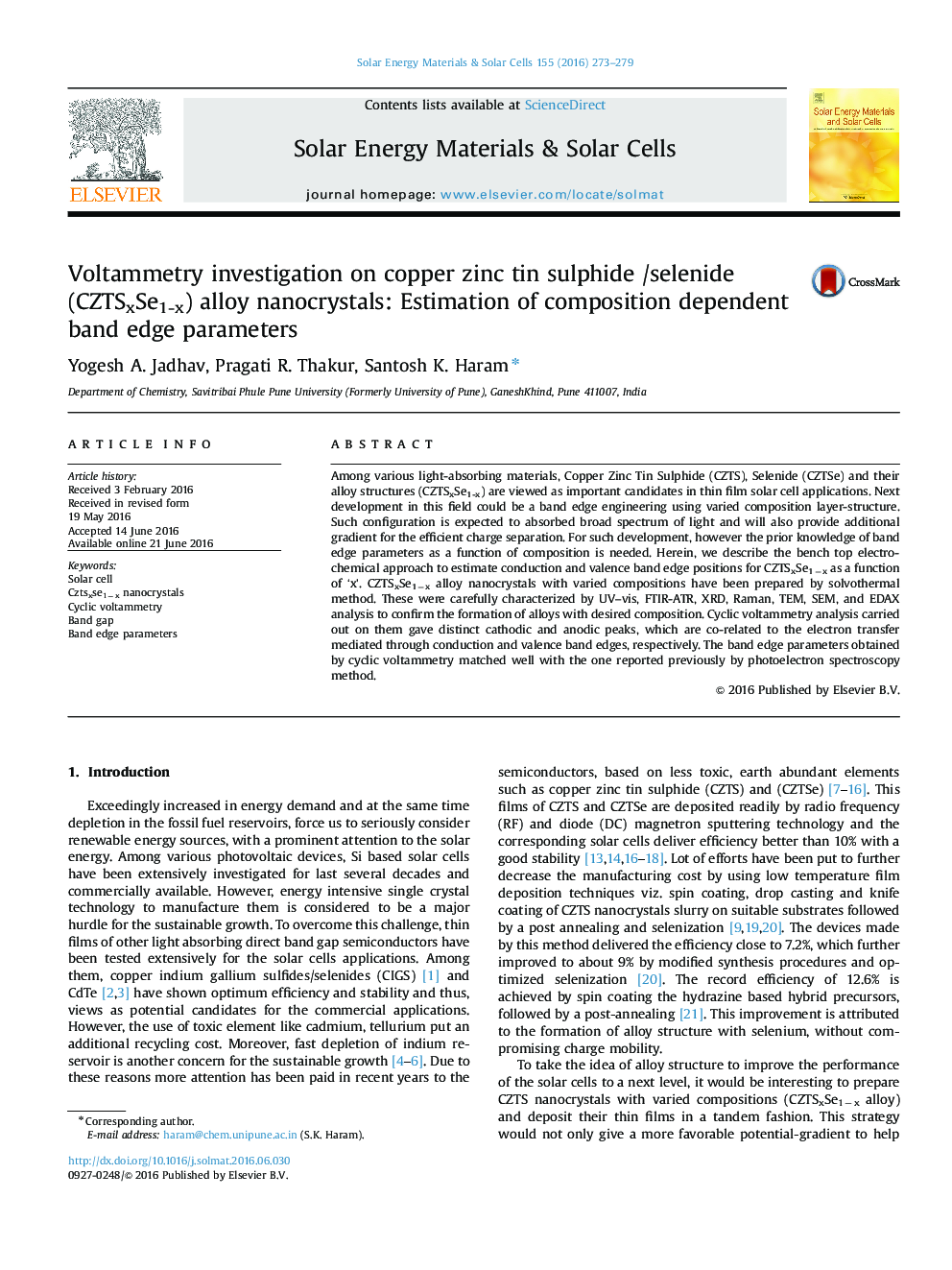 • Well characterized CZTSxSe1-x alloy nanocrystals with varied composition have been prepared by the solvothermal method.
• Cyclic voltammetry has been used to estimate their band edge parameters.
• The results match very well with the one reported previously based on ultraviolet photoelectron spectroscopy (UPS).

Among various light-absorbing materials, Copper Zinc Tin Sulphide (CZTS), Selenide (CZTSe) and their alloy structures (CZTSxSe1-x) are viewed as important candidates in thin film solar cell applications. Next development in this field could be a band edge engineering using varied composition layer-structure. Such configuration is expected to absorbed broad spectrum of light and will also provide additional gradient for the efficient charge separation. For such development, however the prior knowledge of band edge parameters as a function of composition is needed. Herein, we describe the bench top electrochemical approach to estimate conduction and valence band edge positions for CZTSxSe1−x as a function of ‘x’. CZTSxSe1−x alloy nanocrystals with varied compositions have been prepared by solvothermal method. These were carefully characterized by UV–vis, FTIR-ATR, XRD, Raman, TEM, SEM, and EDAX analysis to confirm the formation of alloys with desired composition. Cyclic voltammetry analysis carried out on them gave distinct cathodic and anodic peaks, which are co-related to the electron transfer mediated through conduction and valence band edges, respectively. The band edge parameters obtained by cyclic voltammetry matched well with the one reported previously by photoelectron spectroscopy method.