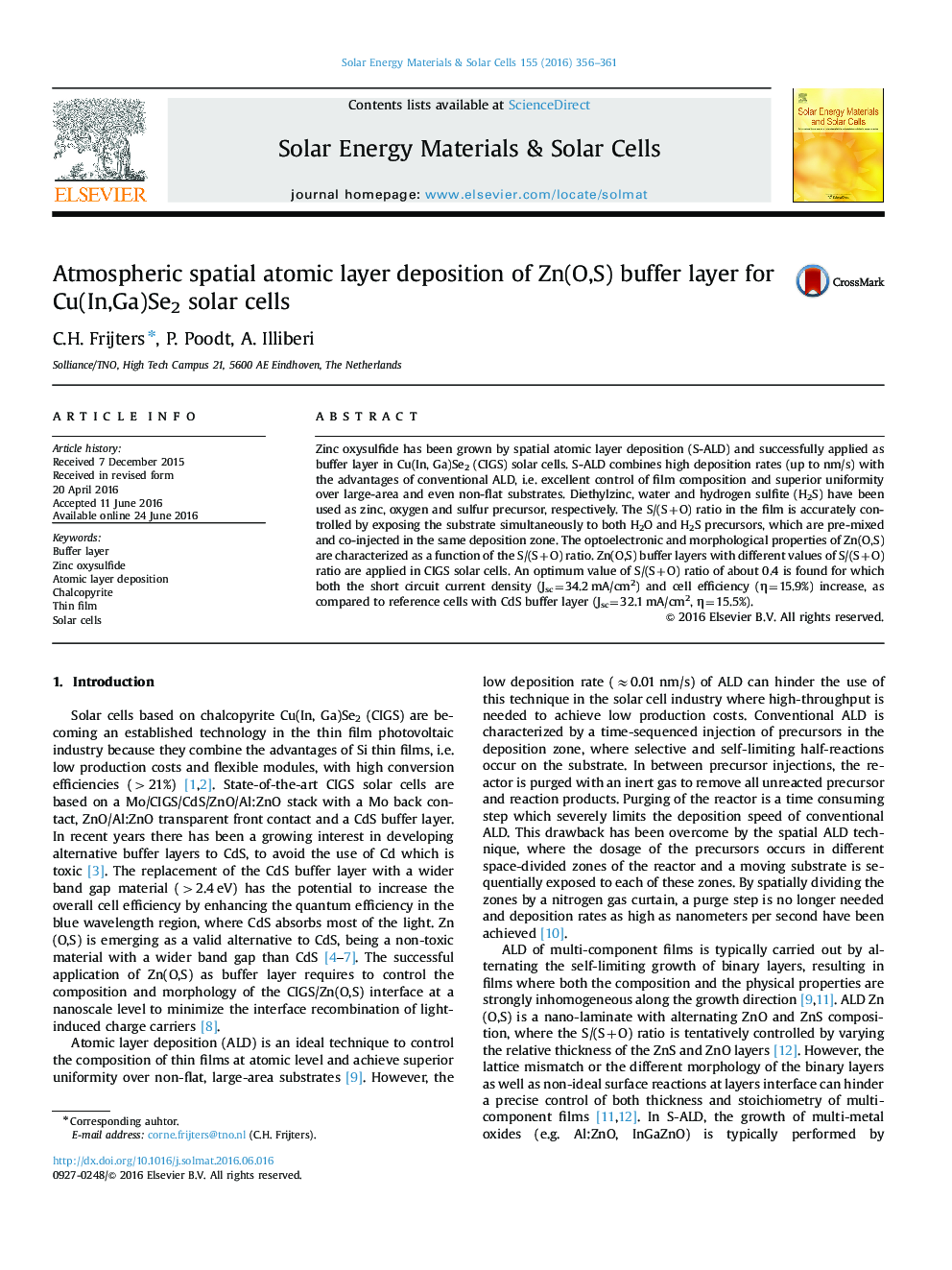 Zinc oxysulfide has been grown by spatial atomic layer deposition (S-ALD) and successfully applied as buffer layer in Cu(In, Ga)Se2 (CIGS) solar cells. S-ALD combines high deposition rates (up to nm/s) with the advantages of conventional ALD, i.e. excellent control of film composition and superior uniformity over large-area and even non-flat substrates. Diethylzinc, water and hydrogen sulfite (H2S) have been used as zinc, oxygen and sulfur precursor, respectively. The S/(S+O) ratio in the film is accurately controlled by exposing the substrate simultaneously to both H2O and H2S precursors, which are pre-mixed and co-injected in the same deposition zone. The optoelectronic and morphological properties of Zn(O,S) are characterized as a function of the S/(S+O) ratio. Zn(O,S) buffer layers with different values of S/(S+O) ratio are applied in CIGS solar cells. An optimum value of S/(S+O) ratio of about 0.4 is found for which both the short circuit current density (Jsc=34.2 mA/cm2) and cell efficiency (η=15.9%) increase, as compared to reference cells with CdS buffer layer (Jsc=32.1 mA/cm2, η=15.5%).