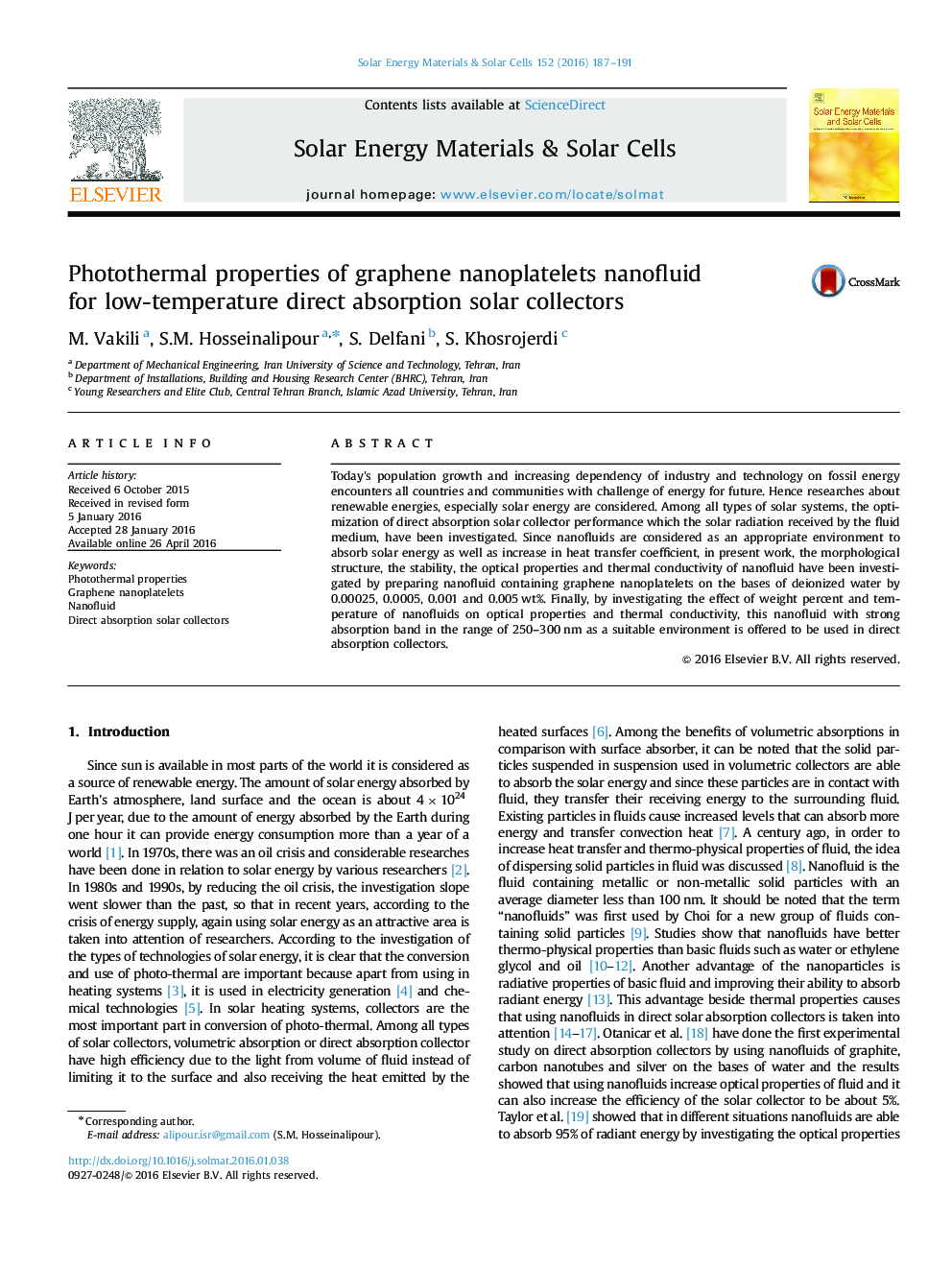 Today׳s population growth and increasing dependency of industry and technology on fossil energy encounters all countries and communities with challenge of energy for future. Hence researches about renewable energies, especially solar energy are considered. Among all types of solar systems, the optimization of direct absorption solar collector performance which the solar radiation received by the fluid medium, have been investigated. Since nanofluids are considered as an appropriate environment to absorb solar energy as well as increase in heat transfer coefficient, in present work, the morphological structure, the stability, the optical properties and thermal conductivity of nanofluid have been investigated by preparing nanofluid containing graphene nanoplatelets on the bases of deionized water by 0.00025, 0.0005, 0.001 and 0.005 wt%. Finally, by investigating the effect of weight percent and temperature of nanofluids on optical properties and thermal conductivity, this nanofluid with strong absorption band in the range of 250–300 nm as a suitable environment is offered to be used in direct absorption collectors.