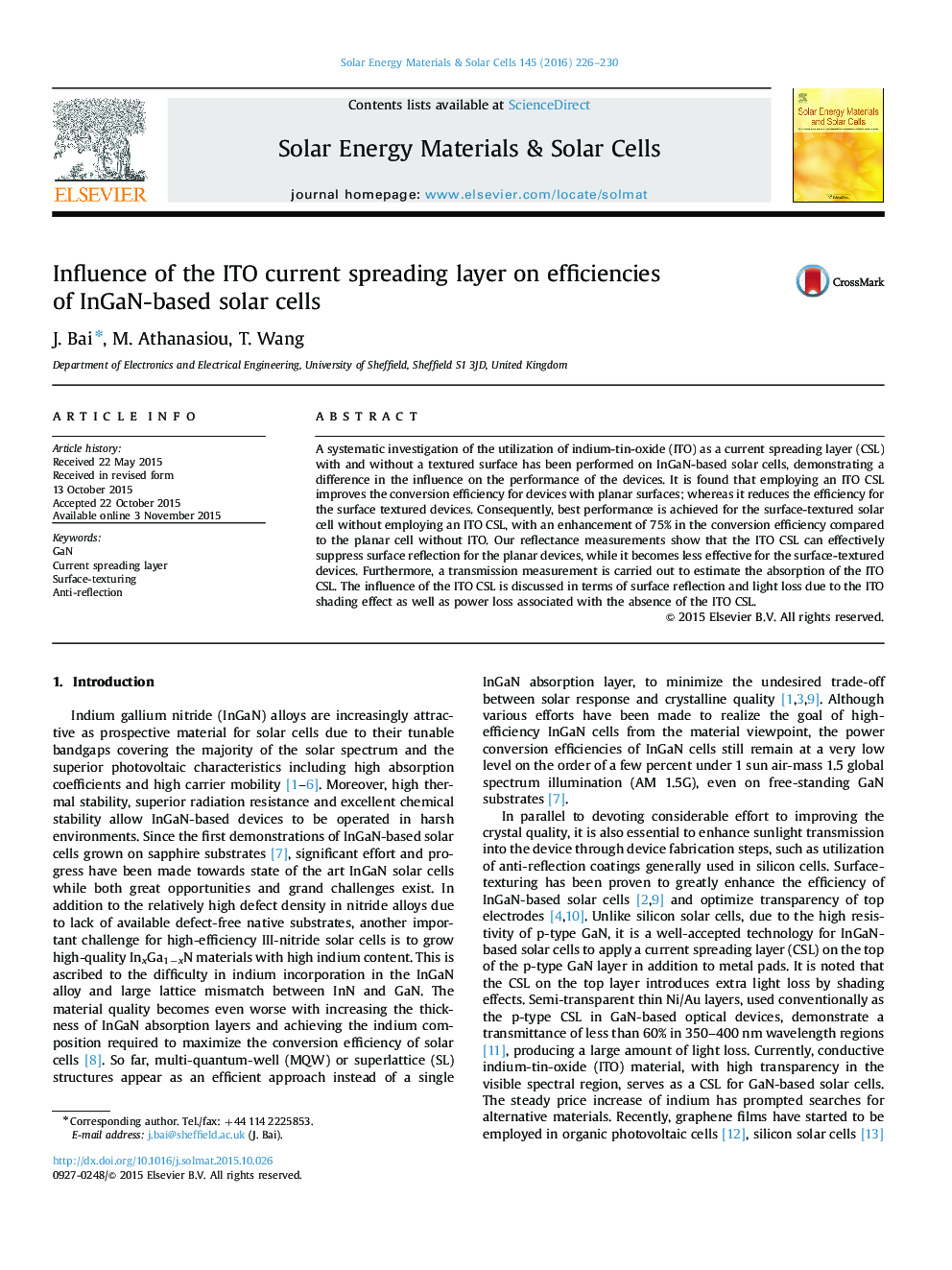 • We fabricated InGaN solar cells with/without using an ITO current spreading layer.
• The ITO increases the efficiency for cells with a planar top surface.
• The ITO reduces the efficiency when surface-texturing is applied.
• The resistive loss due to the ITO absence is less than the shading loss from the ITO.

A systematic investigation of the utilization of indium-tin-oxide (ITO) as a current spreading layer (CSL) with and without a textured surface has been performed on InGaN-based solar cells, demonstrating a difference in the influence on the performance of the devices. It is found that employing an ITO CSL improves the conversion efficiency for devices with planar surfaces; whereas it reduces the efficiency for the surface textured devices. Consequently, best performance is achieved for the surface-textured solar cell without employing an ITO CSL, with an enhancement of 75% in the conversion efficiency compared to the planar cell without ITO. Our reflectance measurements show that the ITO CSL can effectively suppress surface reflection for the planar devices, while it becomes less effective for the surface-textured devices. Furthermore, a transmission measurement is carried out to estimate the absorption of the ITO CSL. The influence of the ITO CSL is discussed in terms of surface reflection and light loss due to the ITO shading effect as well as power loss associated with the absence of the ITO CSL.