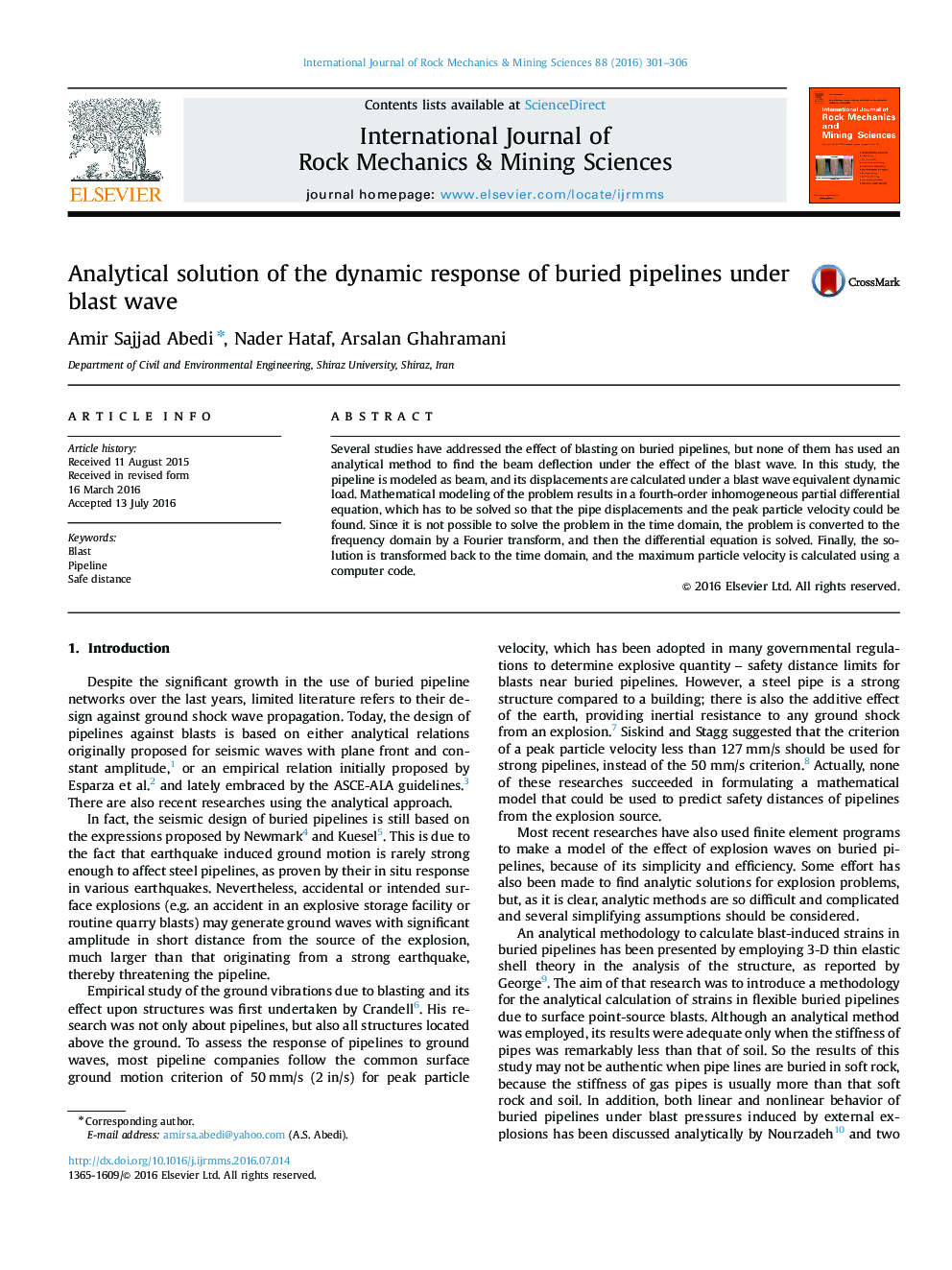 Several studies have addressed the effect of blasting on buried pipelines, but none of them has used an analytical method to find the beam deflection under the effect of the blast wave. In this study, the pipeline is modeled as beam, and its displacements are calculated under a blast wave equivalent dynamic load. Mathematical modeling of the problem results in a fourth-order inhomogeneous partial differential equation, which has to be solved so that the pipe displacements and the peak particle velocity could be found. Since it is not possible to solve the problem in the time domain, the problem is converted to the frequency domain by a Fourier transform, and then the differential equation is solved. Finally, the solution is transformed back to the time domain, and the maximum particle velocity is calculated using a computer code.