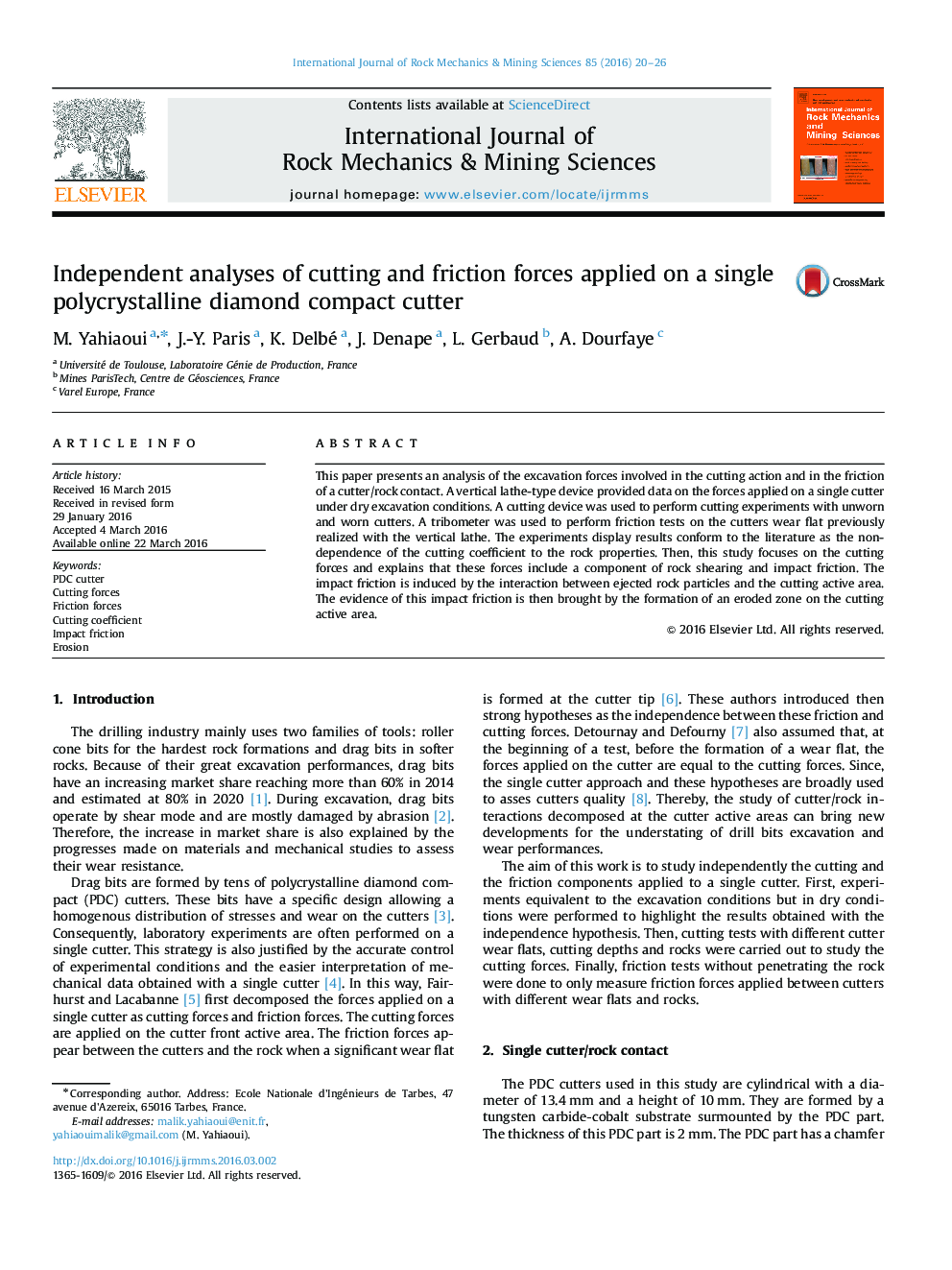 This paper presents an analysis of the excavation forces involved in the cutting action and in the friction of a cutter/rock contact. A vertical lathe-type device provided data on the forces applied on a single cutter under dry excavation conditions. A cutting device was used to perform cutting experiments with unworn and worn cutters. A tribometer was used to perform friction tests on the cutters wear flat previously realized with the vertical lathe. The experiments display results conform to the literature as the non-dependence of the cutting coefficient to the rock properties. Then, this study focuses on the cutting forces and explains that these forces include a component of rock shearing and impact friction. The impact friction is induced by the interaction between ejected rock particles and the cutting active area. The evidence of this impact friction is then brought by the formation of an eroded zone on the cutting active area.