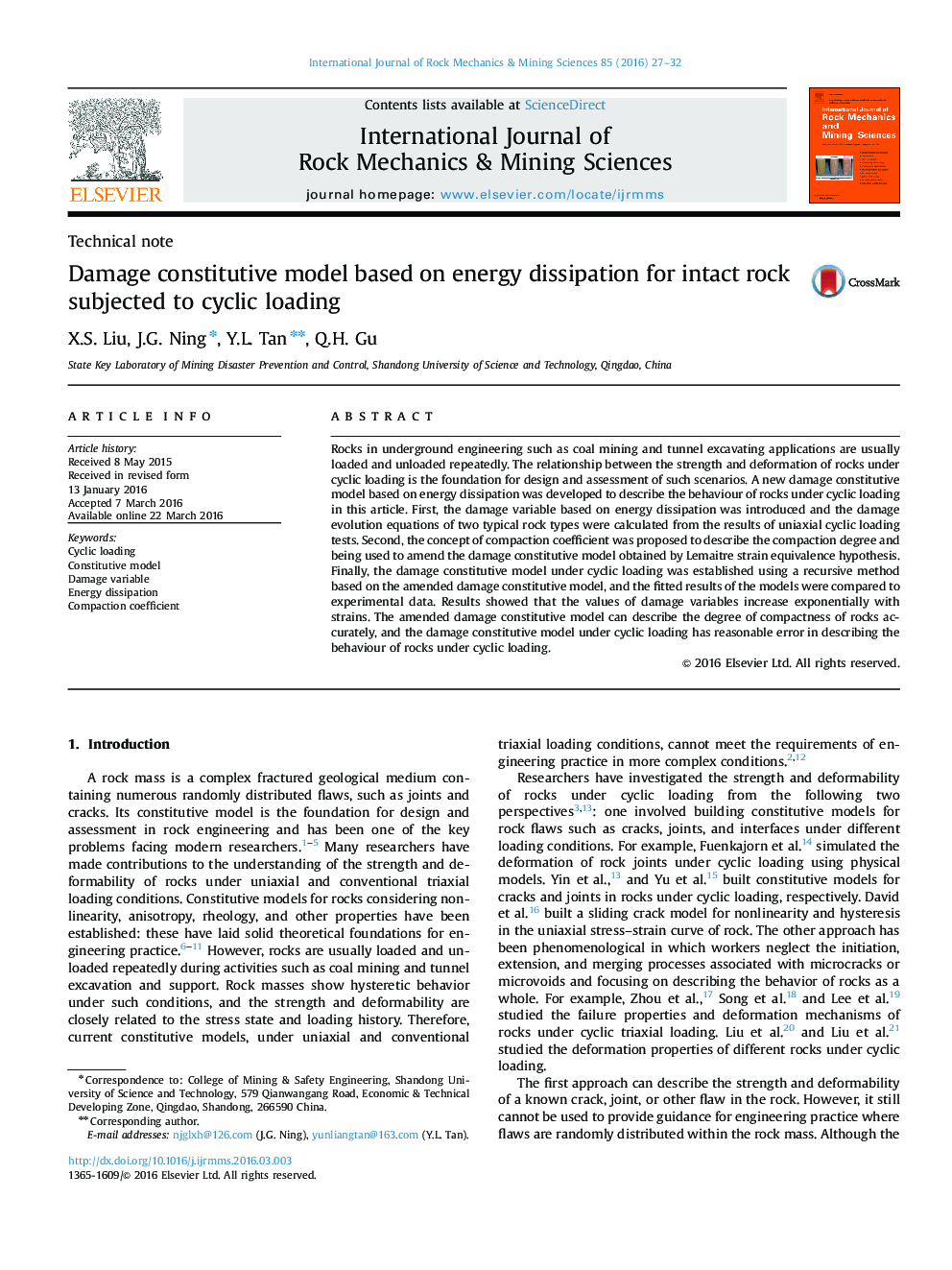 • The damage evolution equations based on energy dissipation of rocks were obtained.
• A coefficient quantitatively describing the degree of compactness of rocks was proposed.
• A damage constitutive model for rocks under cyclic loading was developed.
• Experimental results verified the valid of the models.