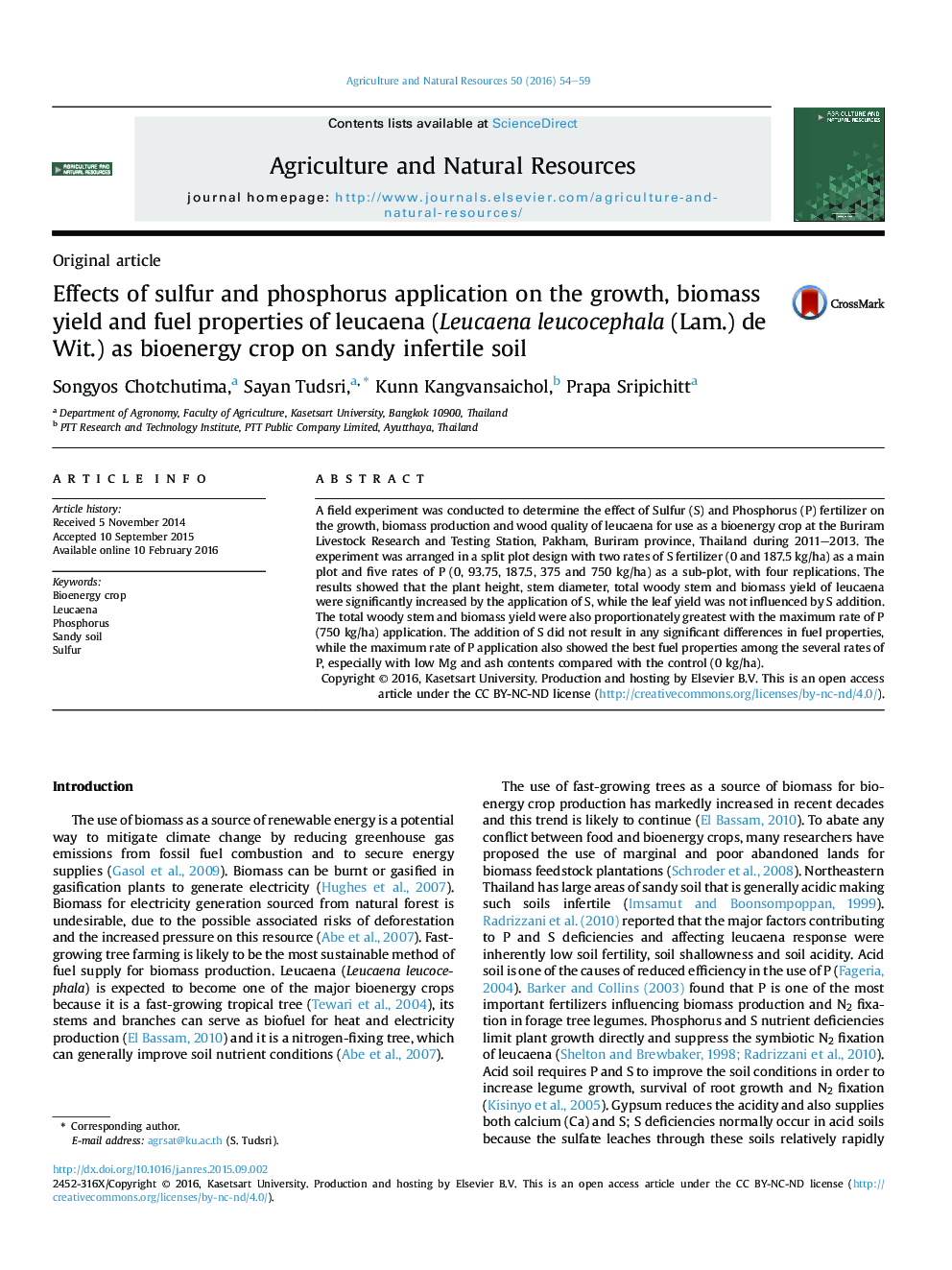 A field experiment was conducted to determine the effect of Sulfur (S) and Phosphorus (P) fertilizer on the growth, biomass production and wood quality of leucaena for use as a bioenergy crop at the Buriram Livestock Research and Testing Station, Pakham, Buriram province, Thailand during 2011–2013. The experiment was arranged in a split plot design with two rates of S fertilizer (0 and 187.5 kg/ha) as a main plot and five rates of P (0, 93.75, 187.5, 375 and 750 kg/ha) as a sub-plot, with four replications. The results showed that the plant height, stem diameter, total woody stem and biomass yield of leucaena were significantly increased by the application of S, while the leaf yield was not influenced by S addition. The total woody stem and biomass yield were also proportionately greatest with the maximum rate of P (750 kg/ha) application. The addition of S did not result in any significant differences in fuel properties, while the maximum rate of P application also showed the best fuel properties among the several rates of P, especially with low Mg and ash contents compared with the control (0 kg/ha).