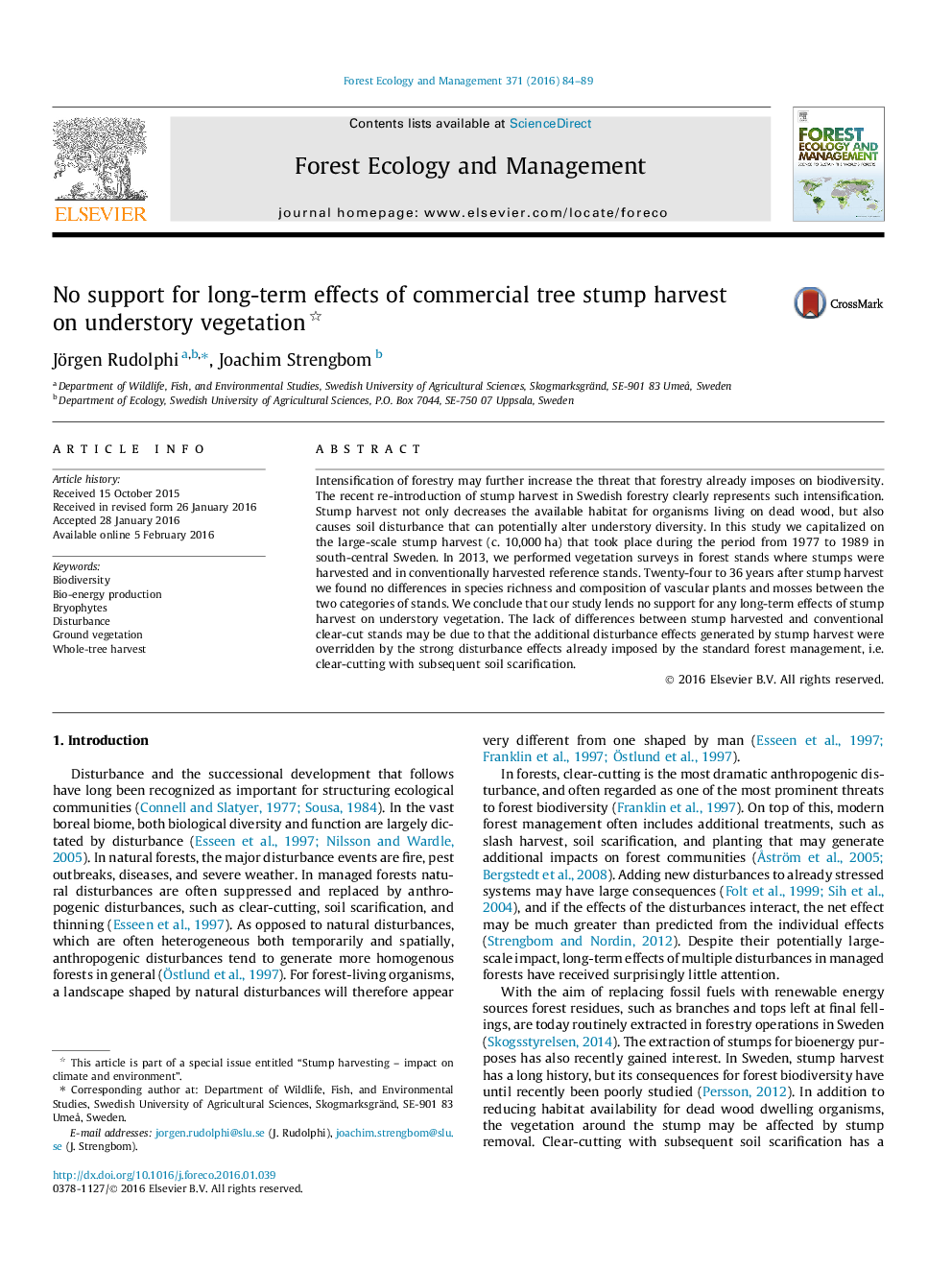 Intensification of forestry may further increase the threat that forestry already imposes on biodiversity. The recent re-introduction of stump harvest in Swedish forestry clearly represents such intensification. Stump harvest not only decreases the available habitat for organisms living on dead wood, but also causes soil disturbance that can potentially alter understory diversity. In this study we capitalized on the large-scale stump harvest (c. 10,000 ha) that took place during the period from 1977 to 1989 in south-central Sweden. In 2013, we performed vegetation surveys in forest stands where stumps were harvested and in conventionally harvested reference stands. Twenty-four to 36 years after stump harvest we found no differences in species richness and composition of vascular plants and mosses between the two categories of stands. We conclude that our study lends no support for any long-term effects of stump harvest on understory vegetation. The lack of differences between stump harvested and conventional clear-cut stands may be due to that the additional disturbance effects generated by stump harvest were overridden by the strong disturbance effects already imposed by the standard forest management, i.e. clear-cutting with subsequent soil scarification.