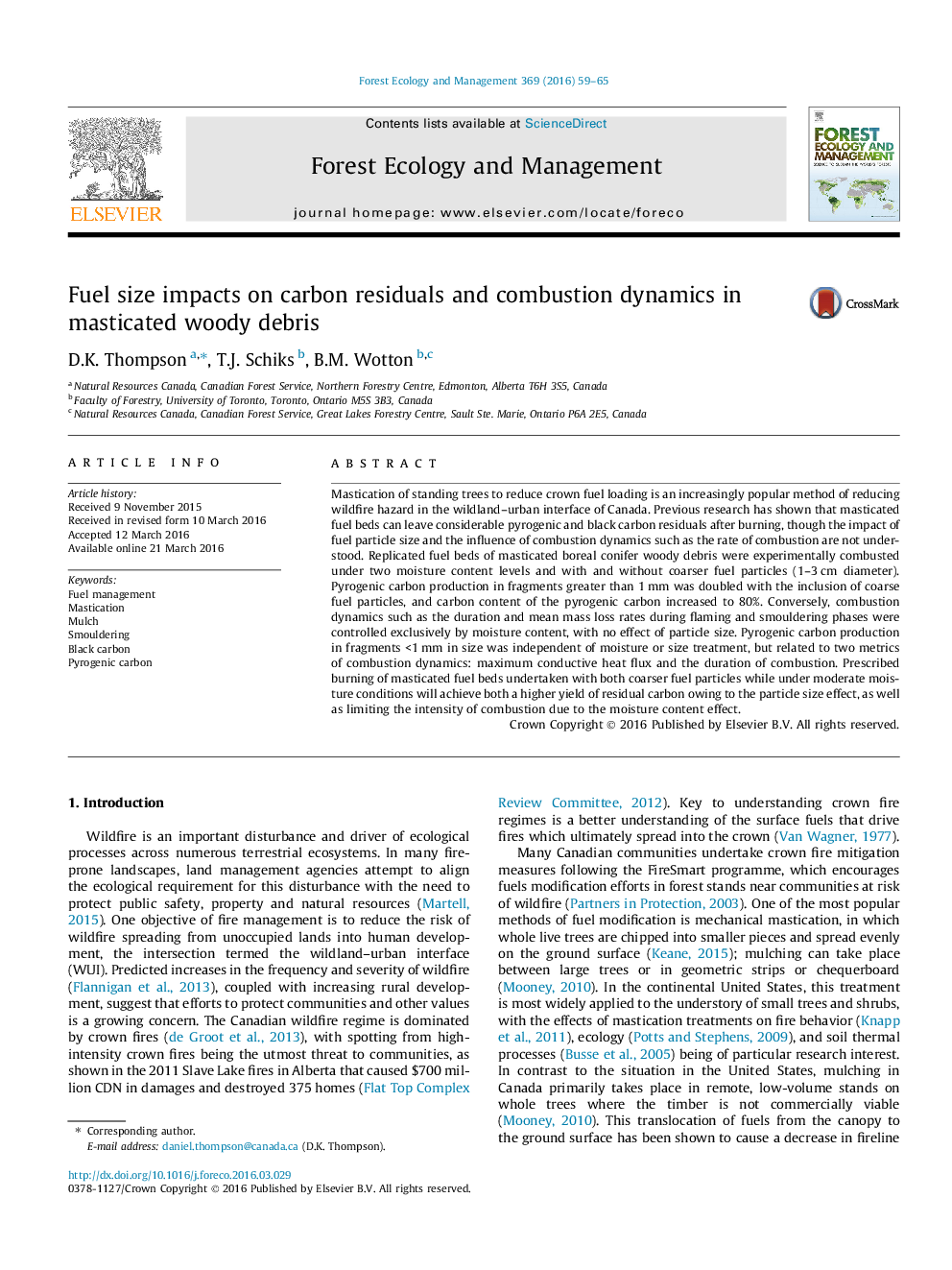 Mastication of standing trees to reduce crown fuel loading is an increasingly popular method of reducing wildfire hazard in the wildland–urban interface of Canada. Previous research has shown that masticated fuel beds can leave considerable pyrogenic and black carbon residuals after burning, though the impact of fuel particle size and the influence of combustion dynamics such as the rate of combustion are not understood. Replicated fuel beds of masticated boreal conifer woody debris were experimentally combusted under two moisture content levels and with and without coarser fuel particles (1–3 cm diameter). Pyrogenic carbon production in fragments greater than 1 mm was doubled with the inclusion of coarse fuel particles, and carbon content of the pyrogenic carbon increased to 80%. Conversely, combustion dynamics such as the duration and mean mass loss rates during flaming and smouldering phases were controlled exclusively by moisture content, with no effect of particle size. Pyrogenic carbon production in fragments <1 mm in size was independent of moisture or size treatment, but related to two metrics of combustion dynamics: maximum conductive heat flux and the duration of combustion. Prescribed burning of masticated fuel beds undertaken with both coarser fuel particles while under moderate moisture conditions will achieve both a higher yield of residual carbon owing to the particle size effect, as well as limiting the intensity of combustion due to the moisture content effect.