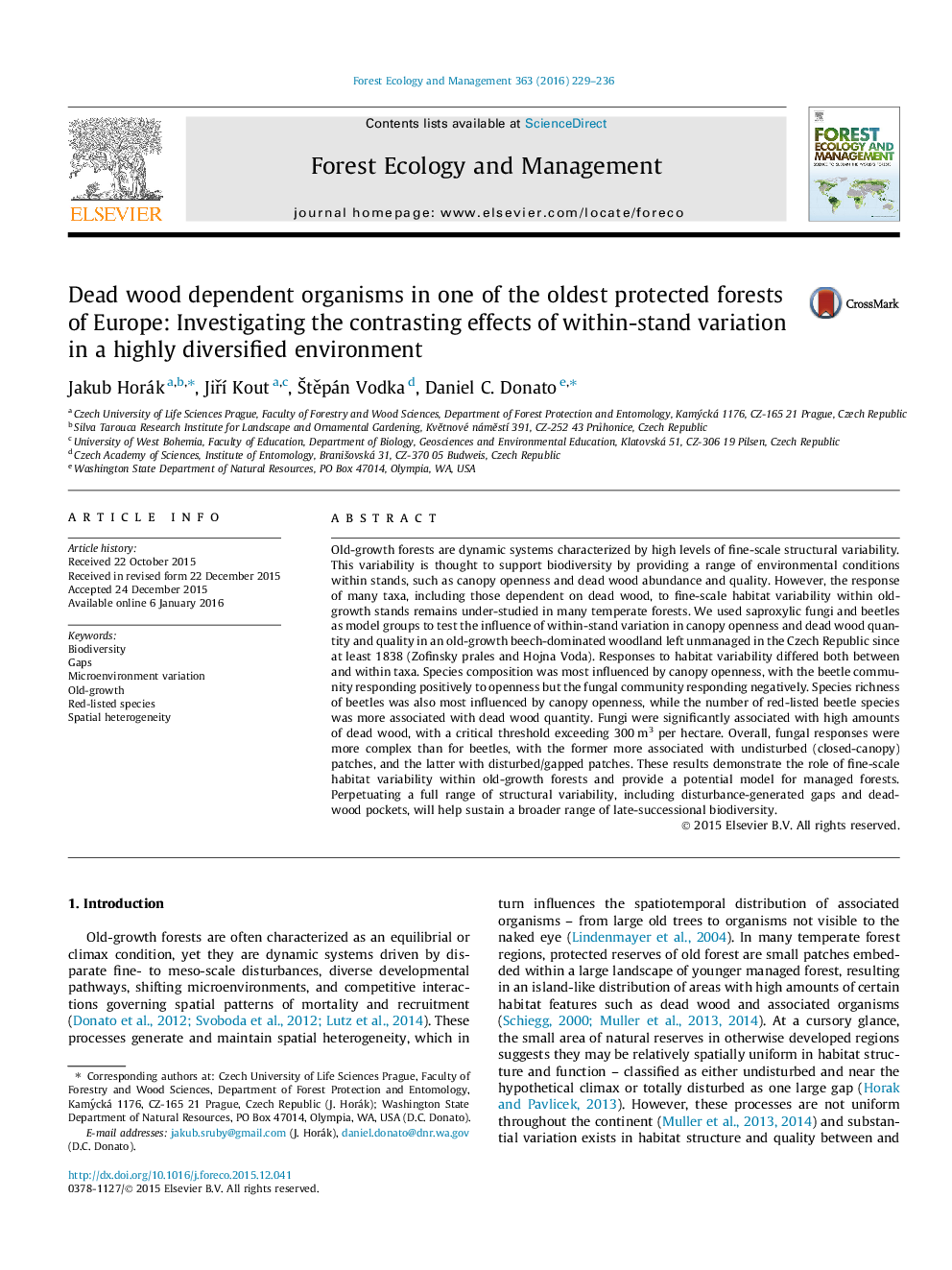 Old-growth forests are dynamic systems characterized by high levels of fine-scale structural variability. This variability is thought to support biodiversity by providing a range of environmental conditions within stands, such as canopy openness and dead wood abundance and quality. However, the response of many taxa, including those dependent on dead wood, to fine-scale habitat variability within old-growth stands remains under-studied in many temperate forests. We used saproxylic fungi and beetles as model groups to test the influence of within-stand variation in canopy openness and dead wood quantity and quality in an old-growth beech-dominated woodland left unmanaged in the Czech Republic since at least 1838 (Zofinsky prales and Hojna Voda). Responses to habitat variability differed both between and within taxa. Species composition was most influenced by canopy openness, with the beetle community responding positively to openness but the fungal community responding negatively. Species richness of beetles was also most influenced by canopy openness, while the number of red-listed beetle species was more associated with dead wood quantity. Fungi were significantly associated with high amounts of dead wood, with a critical threshold exceeding 300 m3 per hectare. Overall, fungal responses were more complex than for beetles, with the former more associated with undisturbed (closed-canopy) patches, and the latter with disturbed/gapped patches. These results demonstrate the role of fine-scale habitat variability within old-growth forests and provide a potential model for managed forests. Perpetuating a full range of structural variability, including disturbance-generated gaps and dead-wood pockets, will help sustain a broader range of late-successional biodiversity.