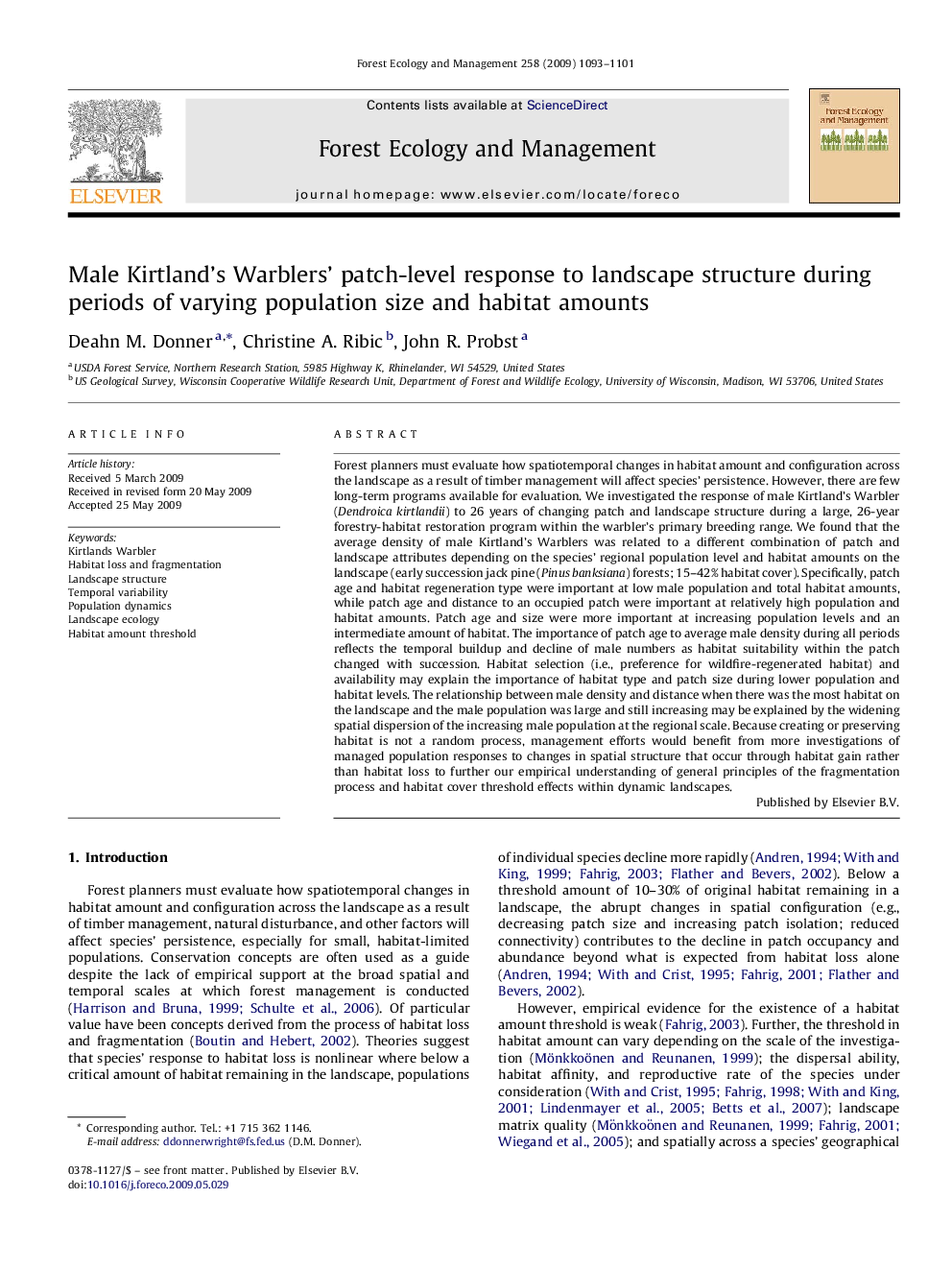 Forest planners must evaluate how spatiotemporal changes in habitat amount and configuration across the landscape as a result of timber management will affect species’ persistence. However, there are few long-term programs available for evaluation. We investigated the response of male Kirtland's Warbler (Dendroica kirtlandii) to 26 years of changing patch and landscape structure during a large, 26-year forestry-habitat restoration program within the warbler's primary breeding range. We found that the average density of male Kirtland's Warblers was related to a different combination of patch and landscape attributes depending on the species’ regional population level and habitat amounts on the landscape (early succession jack pine (Pinus banksiana) forests; 15–42% habitat cover). Specifically, patch age and habitat regeneration type were important at low male population and total habitat amounts, while patch age and distance to an occupied patch were important at relatively high population and habitat amounts. Patch age and size were more important at increasing population levels and an intermediate amount of habitat. The importance of patch age to average male density during all periods reflects the temporal buildup and decline of male numbers as habitat suitability within the patch changed with succession. Habitat selection (i.e., preference for wildfire-regenerated habitat) and availability may explain the importance of habitat type and patch size during lower population and habitat levels. The relationship between male density and distance when there was the most habitat on the landscape and the male population was large and still increasing may be explained by the widening spatial dispersion of the increasing male population at the regional scale. Because creating or preserving habitat is not a random process, management efforts would benefit from more investigations of managed population responses to changes in spatial structure that occur through habitat gain rather than habitat loss to further our empirical understanding of general principles of the fragmentation process and habitat cover threshold effects within dynamic landscapes.