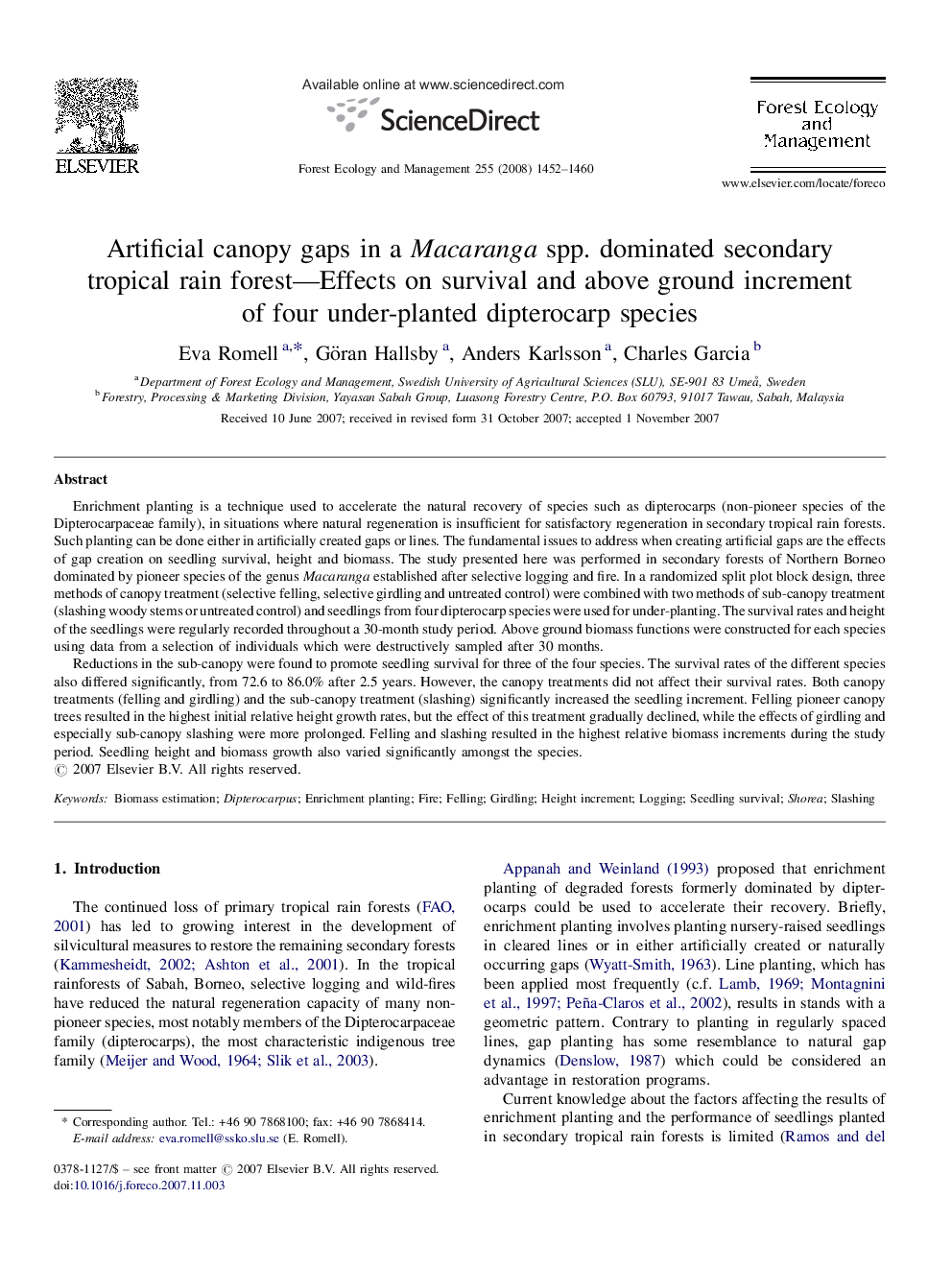 Enrichment planting is a technique used to accelerate the natural recovery of species such as dipterocarps (non-pioneer species of the Dipterocarpaceae family), in situations where natural regeneration is insufficient for satisfactory regeneration in secondary tropical rain forests. Such planting can be done either in artificially created gaps or lines. The fundamental issues to address when creating artificial gaps are the effects of gap creation on seedling survival, height and biomass. The study presented here was performed in secondary forests of Northern Borneo dominated by pioneer species of the genus Macaranga established after selective logging and fire. In a randomized split plot block design, three methods of canopy treatment (selective felling, selective girdling and untreated control) were combined with two methods of sub-canopy treatment (slashing woody stems or untreated control) and seedlings from four dipterocarp species were used for under-planting. The survival rates and height of the seedlings were regularly recorded throughout a 30-month study period. Above ground biomass functions were constructed for each species using data from a selection of individuals which were destructively sampled after 30 months.Reductions in the sub-canopy were found to promote seedling survival for three of the four species. The survival rates of the different species also differed significantly, from 72.6 to 86.0% after 2.5 years. However, the canopy treatments did not affect their survival rates. Both canopy treatments (felling and girdling) and the sub-canopy treatment (slashing) significantly increased the seedling increment. Felling pioneer canopy trees resulted in the highest initial relative height growth rates, but the effect of this treatment gradually declined, while the effects of girdling and especially sub-canopy slashing were more prolonged. Felling and slashing resulted in the highest relative biomass increments during the study period. Seedling height and biomass growth also varied significantly amongst the species.