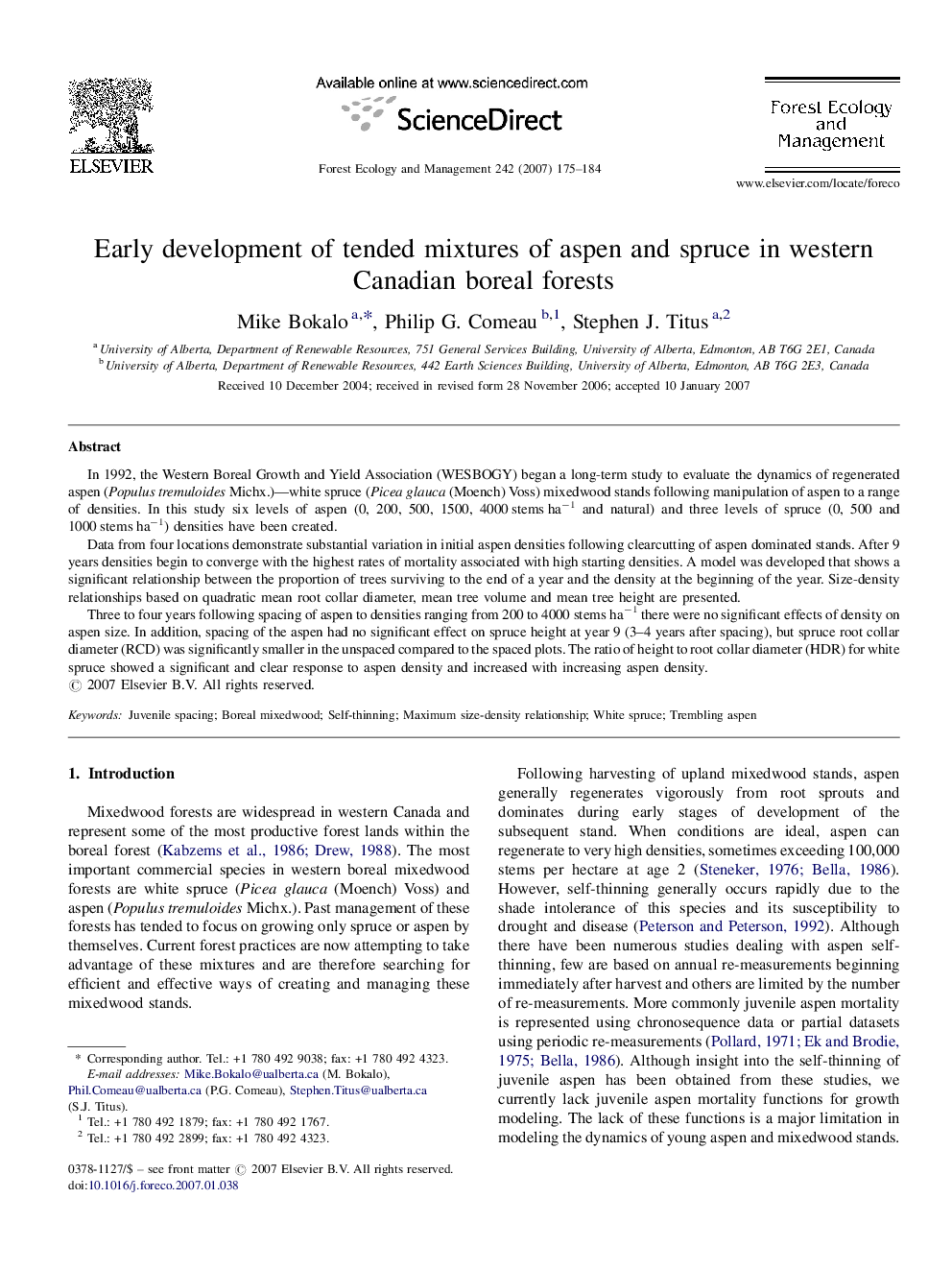 In 1992, the Western Boreal Growth and Yield Association (WESBOGY) began a long-term study to evaluate the dynamics of regenerated aspen (Populus tremuloides Michx.)—white spruce (Picea glauca (Moench) Voss) mixedwood stands following manipulation of aspen to a range of densities. In this study six levels of aspen (0, 200, 500, 1500, 4000 stems ha−1 and natural) and three levels of spruce (0, 500 and 1000 stems ha−1) densities have been created.Data from four locations demonstrate substantial variation in initial aspen densities following clearcutting of aspen dominated stands. After 9 years densities begin to converge with the highest rates of mortality associated with high starting densities. A model was developed that shows a significant relationship between the proportion of trees surviving to the end of a year and the density at the beginning of the year. Size-density relationships based on quadratic mean root collar diameter, mean tree volume and mean tree height are presented.Three to four years following spacing of aspen to densities ranging from 200 to 4000 stems ha−1 there were no significant effects of density on aspen size. In addition, spacing of the aspen had no significant effect on spruce height at year 9 (3–4 years after spacing), but spruce root collar diameter (RCD) was significantly smaller in the unspaced compared to the spaced plots. The ratio of height to root collar diameter (HDR) for white spruce showed a significant and clear response to aspen density and increased with increasing aspen density.