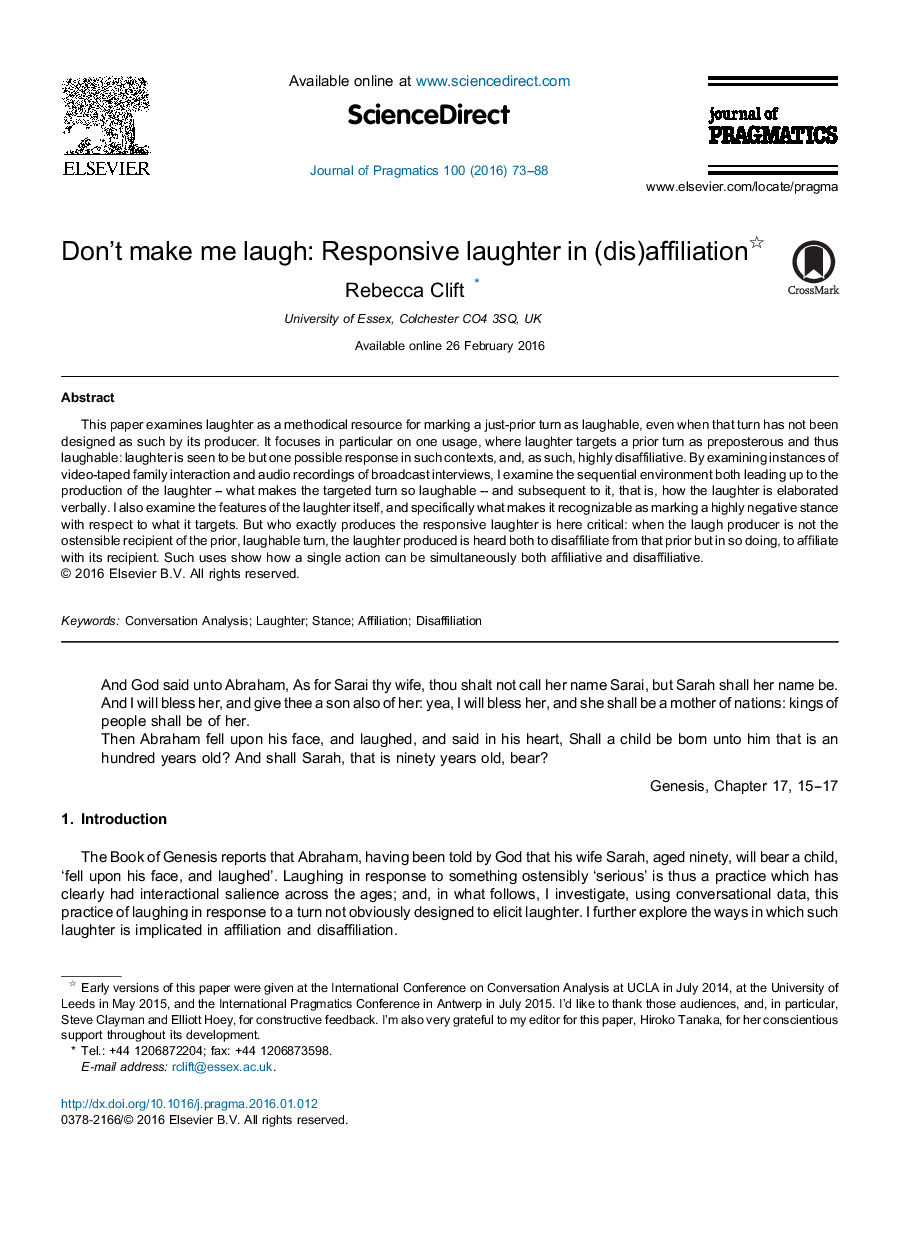 This paper examines laughter as a methodical resource for marking a just-prior turn as laughable, even when that turn has not been designed as such by its producer. It focuses in particular on one usage, where laughter targets a prior turn as preposterous and thus laughable: laughter is seen to be but one possible response in such contexts, and, as such, highly disaffiliative. By examining instances of video-taped family interaction and audio recordings of broadcast interviews, I examine the sequential environment both leading up to the production of the laughter – what makes the targeted turn so laughable – and subsequent to it, that is, how the laughter is elaborated verbally. I also examine the features of the laughter itself, and specifically what makes it recognizable as marking a highly negative stance with respect to what it targets. But who exactly produces the responsive laughter is here critical: when the laugh producer is not the ostensible recipient of the prior, laughable turn, the laughter produced is heard both to disaffiliate from that prior but in so doing, to affiliate with its recipient. Such uses show how a single action can be simultaneously both affiliative and disaffiliative.