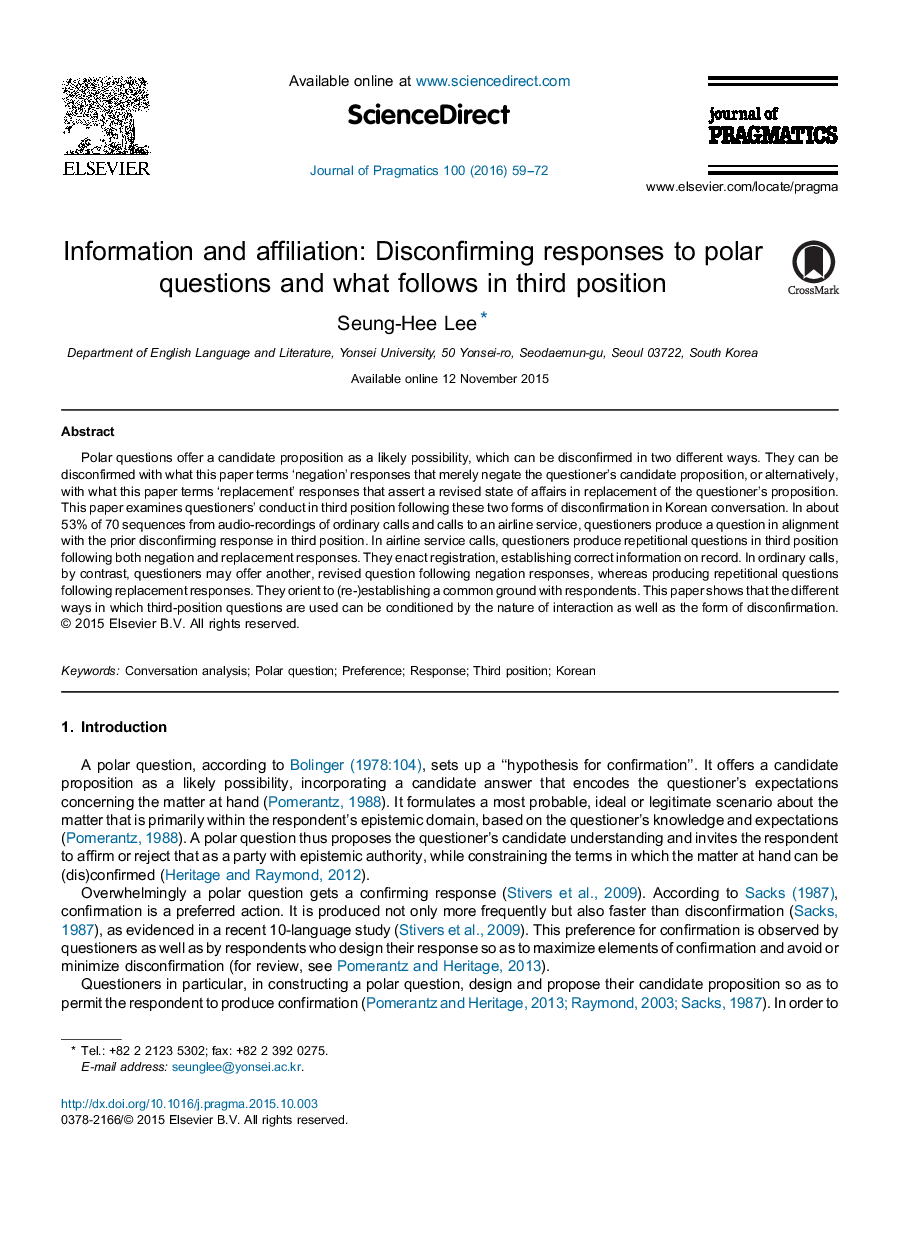 Polar questions offer a candidate proposition as a likely possibility, which can be disconfirmed in two different ways. They can be disconfirmed with what this paper terms ‘negation’ responses that merely negate the questioner's candidate proposition, or alternatively, with what this paper terms ‘replacement’ responses that assert a revised state of affairs in replacement of the questioner's proposition. This paper examines questioners’ conduct in third position following these two forms of disconfirmation in Korean conversation. In about 53% of 70 sequences from audio-recordings of ordinary calls and calls to an airline service, questioners produce a question in alignment with the prior disconfirming response in third position. In airline service calls, questioners produce repetitional questions in third position following both negation and replacement responses. They enact registration, establishing correct information on record. In ordinary calls, by contrast, questioners may offer another, revised question following negation responses, whereas producing repetitional questions following replacement responses. They orient to (re-)establishing a common ground with respondents. This paper shows that the different ways in which third-position questions are used can be conditioned by the nature of interaction as well as the form of disconfirmation.