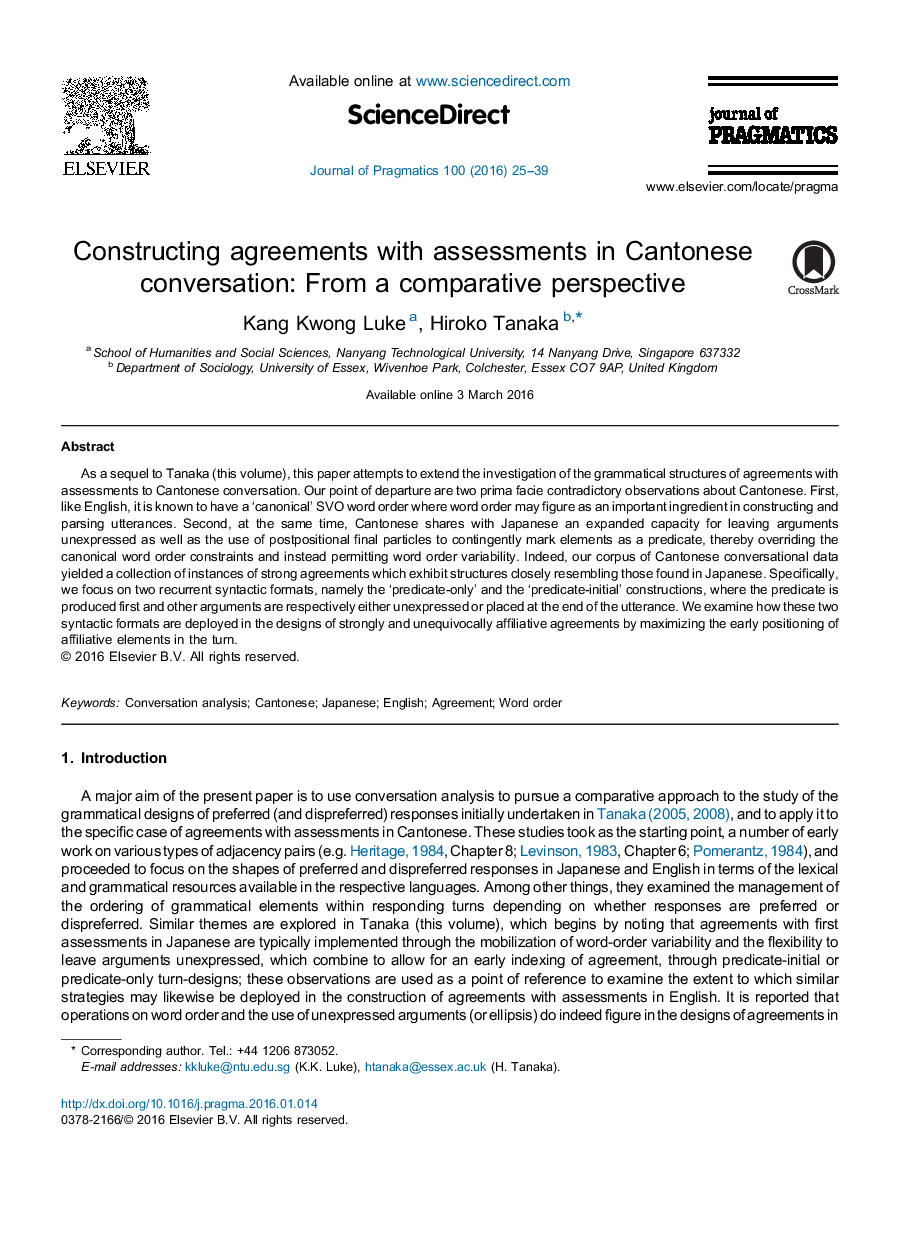 As a sequel to Tanaka (this volume), this paper attempts to extend the investigation of the grammatical structures of agreements with assessments to Cantonese conversation. Our point of departure are two prima facie contradictory observations about Cantonese. First, like English, it is known to have a ‘canonical’ SVO word order where word order may figure as an important ingredient in constructing and parsing utterances. Second, at the same time, Cantonese shares with Japanese an expanded capacity for leaving arguments unexpressed as well as the use of postpositional final particles to contingently mark elements as a predicate, thereby overriding the canonical word order constraints and instead permitting word order variability. Indeed, our corpus of Cantonese conversational data yielded a collection of instances of strong agreements which exhibit structures closely resembling those found in Japanese. Specifically, we focus on two recurrent syntactic formats, namely the ‘predicate-only’ and the ‘predicate-initial’ constructions, where the predicate is produced first and other arguments are respectively either unexpressed or placed at the end of the utterance. We examine how these two syntactic formats are deployed in the designs of strongly and unequivocally affiliative agreements by maximizing the early positioning of affiliative elements in the turn.