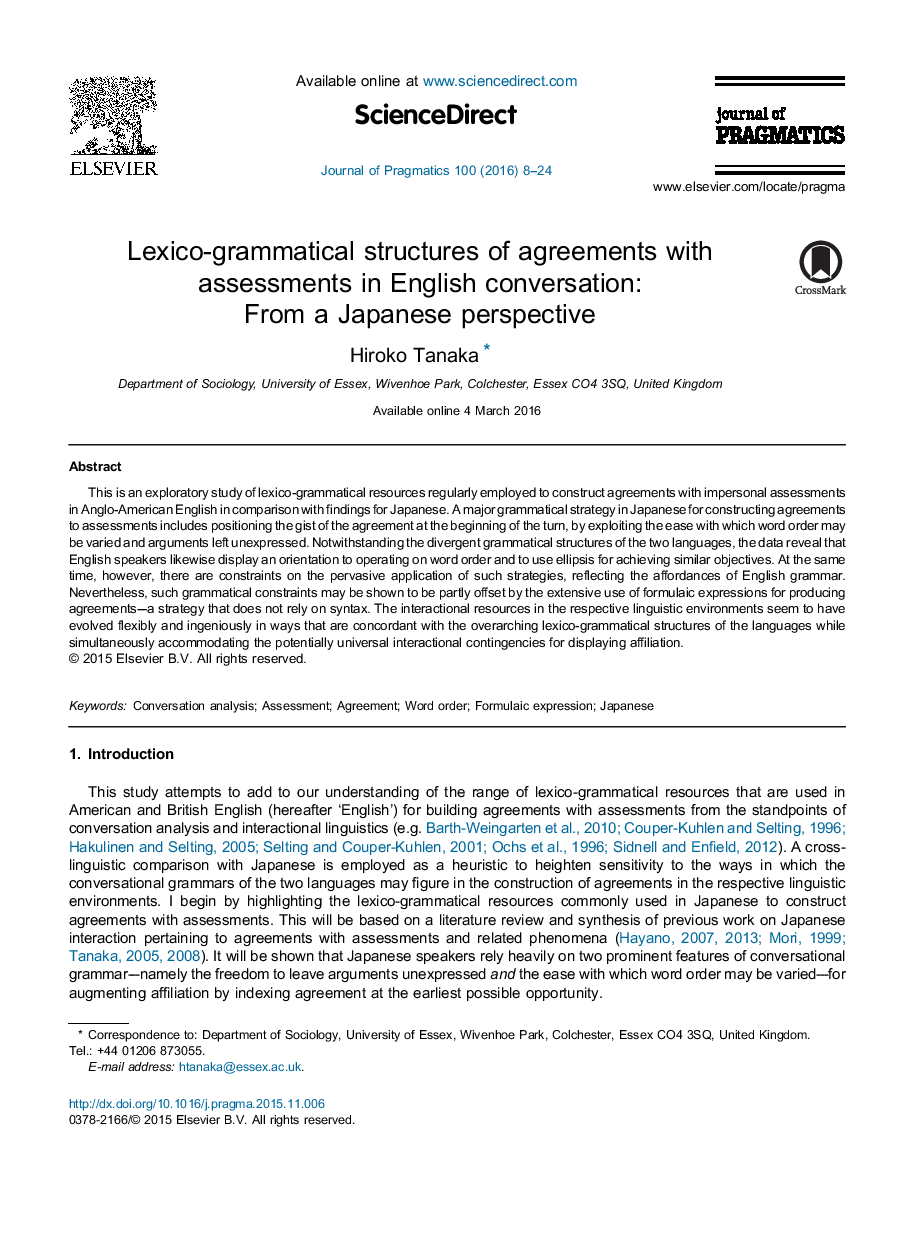 This is an exploratory study of lexico-grammatical resources regularly employed to construct agreements with impersonal assessments in Anglo-American English in comparison with findings for Japanese. A major grammatical strategy in Japanese for constructing agreements to assessments includes positioning the gist of the agreement at the beginning of the turn, by exploiting the ease with which word order may be varied and arguments left unexpressed. Notwithstanding the divergent grammatical structures of the two languages, the data reveal that English speakers likewise display an orientation to operating on word order and to use ellipsis for achieving similar objectives. At the same time, however, there are constraints on the pervasive application of such strategies, reflecting the affordances of English grammar. Nevertheless, such grammatical constraints may be shown to be partly offset by the extensive use of formulaic expressions for producing agreements—a strategy that does not rely on syntax. The interactional resources in the respective linguistic environments seem to have evolved flexibly and ingeniously in ways that are concordant with the overarching lexico-grammatical structures of the languages while simultaneously accommodating the potentially universal interactional contingencies for displaying affiliation.