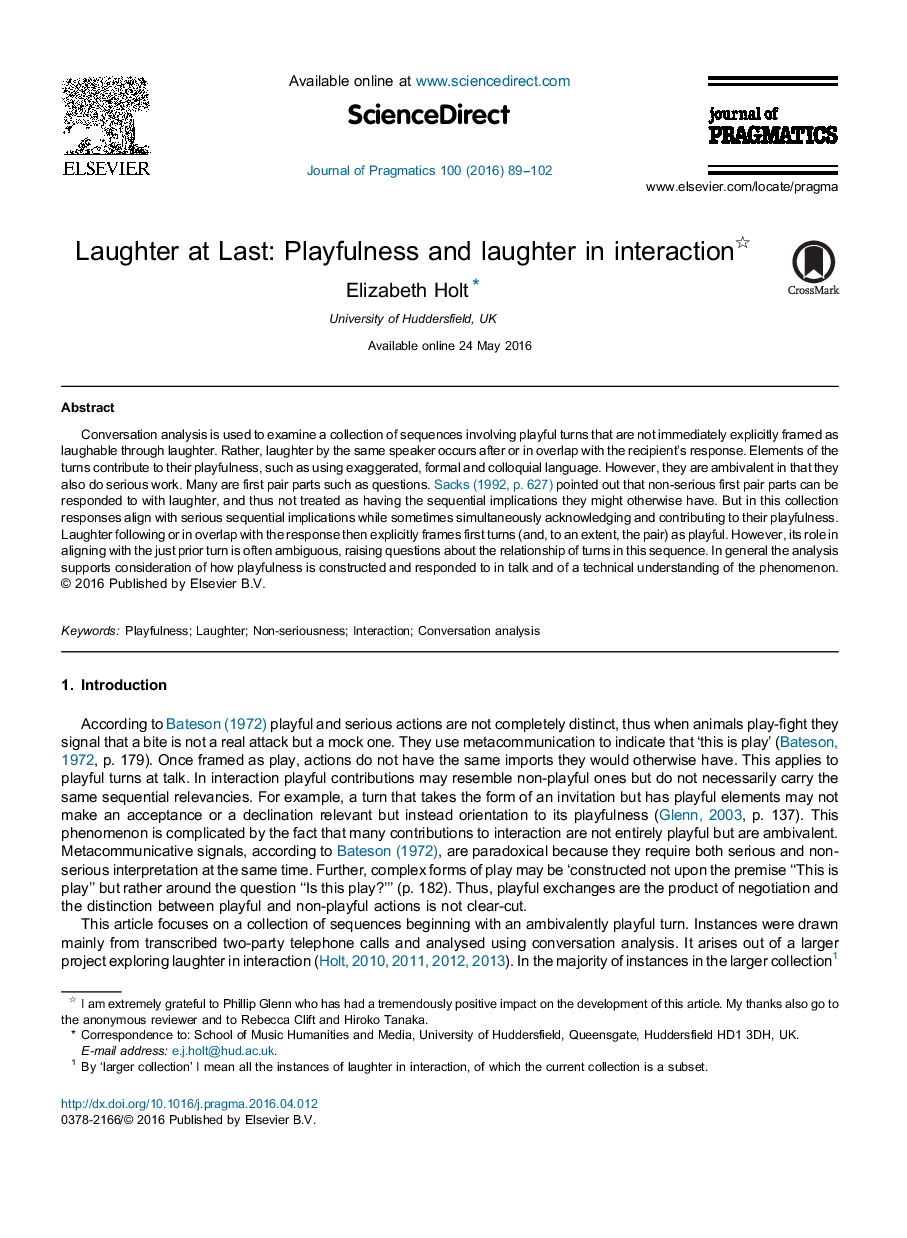 Conversation analysis is used to examine a collection of sequences involving playful turns that are not immediately explicitly framed as laughable through laughter. Rather, laughter by the same speaker occurs after or in overlap with the recipient's response. Elements of the turns contribute to their playfulness, such as using exaggerated, formal and colloquial language. However, they are ambivalent in that they also do serious work. Many are first pair parts such as questions. Sacks (1992, p. 627) pointed out that non-serious first pair parts can be responded to with laughter, and thus not treated as having the sequential implications they might otherwise have. But in this collection responses align with serious sequential implications while sometimes simultaneously acknowledging and contributing to their playfulness. Laughter following or in overlap with the response then explicitly frames first turns (and, to an extent, the pair) as playful. However, its role in aligning with the just prior turn is often ambiguous, raising questions about the relationship of turns in this sequence. In general the analysis supports consideration of how playfulness is constructed and responded to in talk and of a technical understanding of the phenomenon.