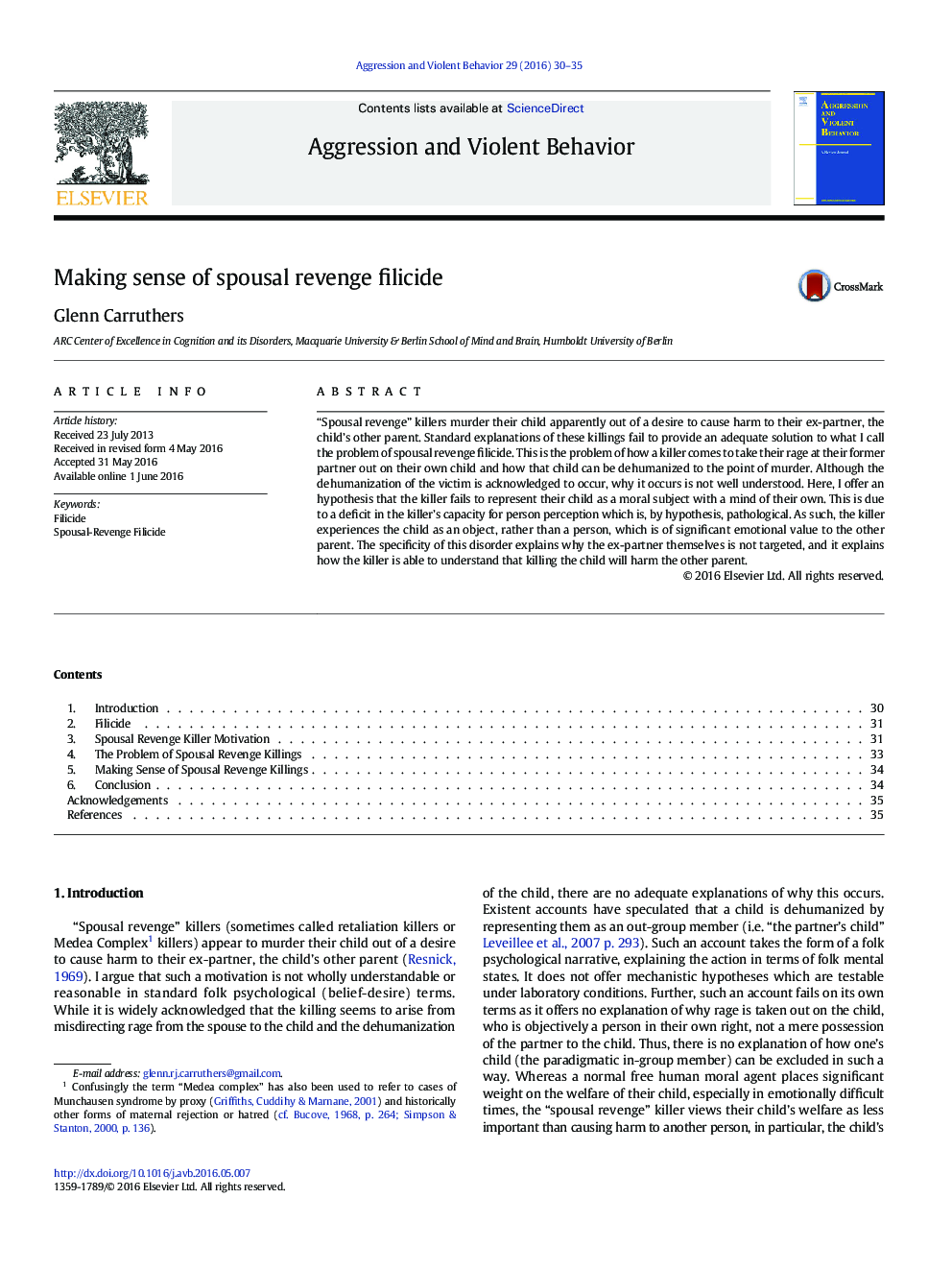 “Spousal revenge” killers murder their child apparently out of a desire to cause harm to their ex-partner, the child’s other parent. Standard explanations of these killings fail to provide an adequate solution to what I call the problem of spousal revenge filicide. This is the problem of how a killer comes to take their rage at their former partner out on their own child and how that child can be dehumanized to the point of murder. Although the dehumanization of the victim is acknowledged to occur, why it occurs is not well understood. Here, I offer an hypothesis that the killer fails to represent their child as a moral subject with a mind of their own. This is due to a deficit in the killer’s capacity for person perception which is, by hypothesis, pathological. As such, the killer experiences the child as an object, rather than a person, which is of significant emotional value to the other parent. The specificity of this disorder explains why the ex-partner themselves is not targeted, and it explains how the killer is able to understand that killing the child will harm the other parent.