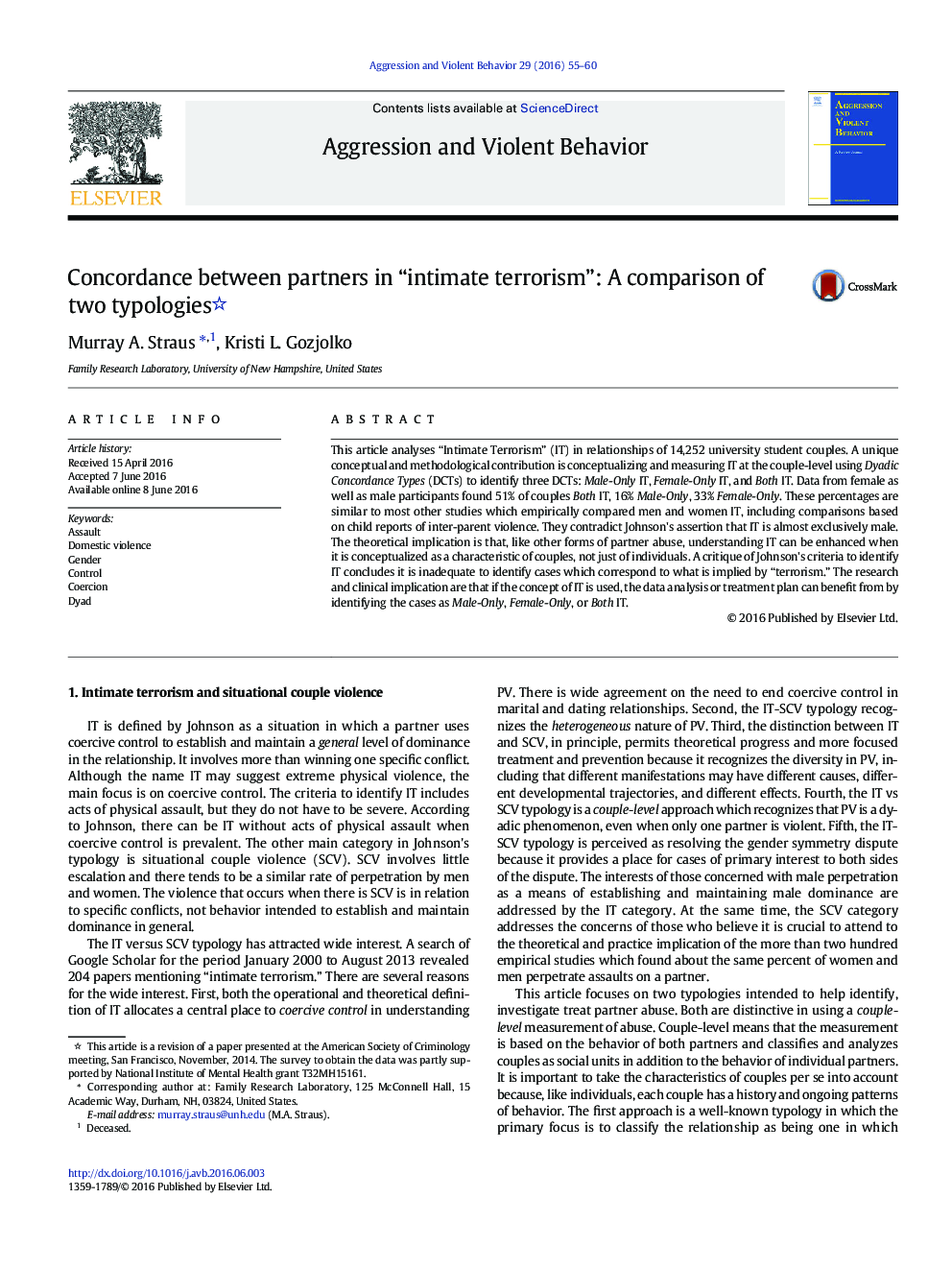 This article analyses “Intimate Terrorism” (IT) in relationships of 14,252 university student couples. A unique conceptual and methodological contribution is conceptualizing and measuring IT at the couple-level using Dyadic Concordance Types (DCTs) to identify three DCTs: Male-Only IT, Female-Only IT, and Both IT. Data from female as well as male participants found 51% of couples Both IT, 16% Male-Only, 33% Female-Only. These percentages are similar to most other studies which empirically compared men and women IT, including comparisons based on child reports of inter-parent violence. They contradict Johnson's assertion that IT is almost exclusively male. The theoretical implication is that, like other forms of partner abuse, understanding IT can be enhanced when it is conceptualized as a characteristic of couples, not just of individuals. A critique of Johnson's criteria to identify IT concludes it is inadequate to identify cases which correspond to what is implied by “terrorism.” The research and clinical implication are that if the concept of IT is used, the data analysis or treatment plan can benefit from by identifying the cases as Male-Only, Female-Only, or Both IT.