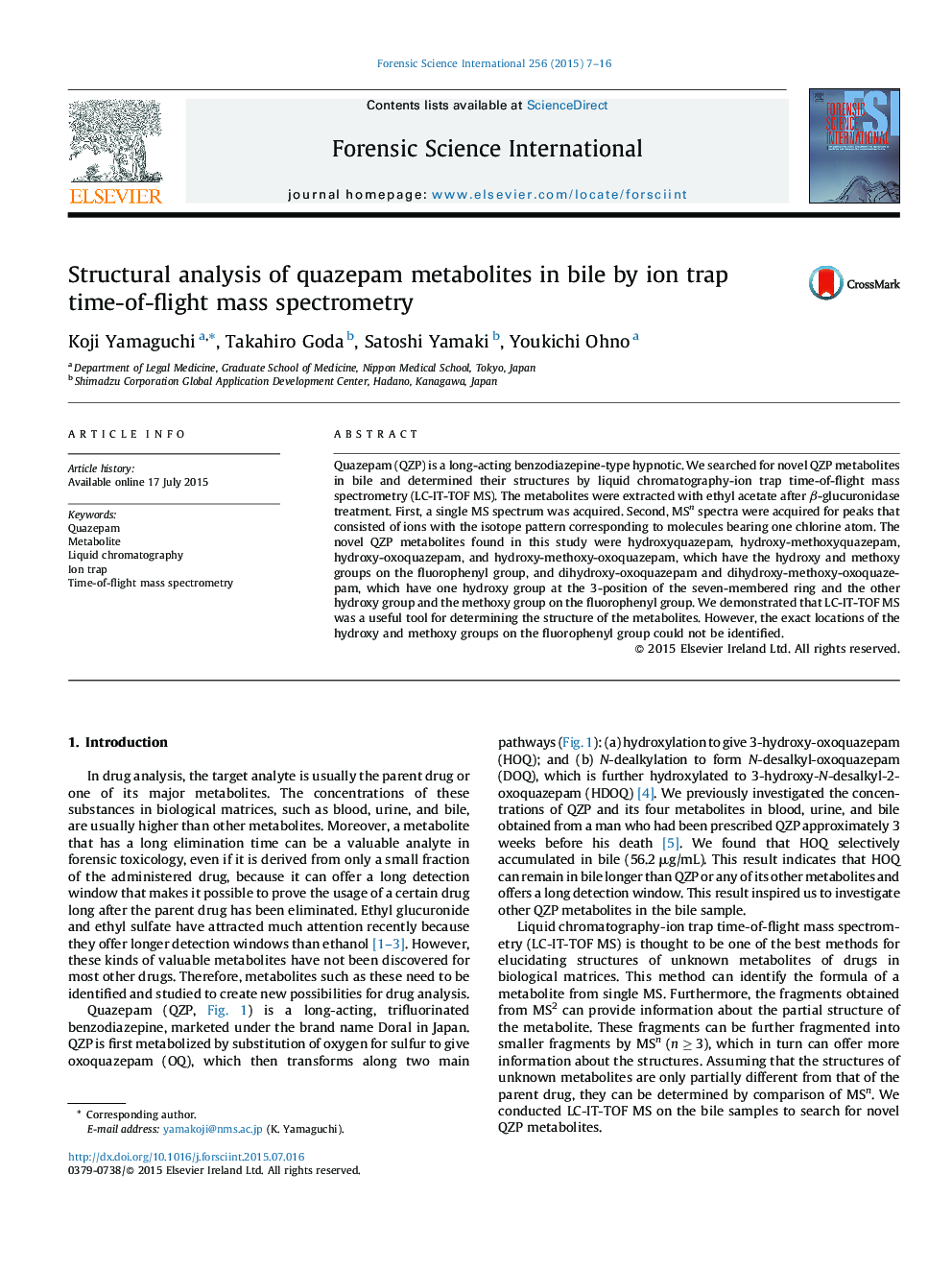 Quazepam (QZP) is a long-acting benzodiazepine-type hypnotic. We searched for novel QZP metabolites in bile and determined their structures by liquid chromatography-ion trap time-of-flight mass spectrometry (LC-IT-TOF MS). The metabolites were extracted with ethyl acetate after β-glucuronidase treatment. First, a single MS spectrum was acquired. Second, MSn spectra were acquired for peaks that consisted of ions with the isotope pattern corresponding to molecules bearing one chlorine atom. The novel QZP metabolites found in this study were hydroxyquazepam, hydroxy-methoxyquazepam, hydroxy-oxoquazepam, and hydroxy-methoxy-oxoquazepam, which have the hydroxy and methoxy groups on the fluorophenyl group, and dihydroxy-oxoquazepam and dihydroxy-methoxy-oxoquazepam, which have one hydroxy group at the 3-position of the seven-membered ring and the other hydroxy group and the methoxy group on the fluorophenyl group. We demonstrated that LC-IT-TOF MS was a useful tool for determining the structure of the metabolites. However, the exact locations of the hydroxy and methoxy groups on the fluorophenyl group could not be identified.