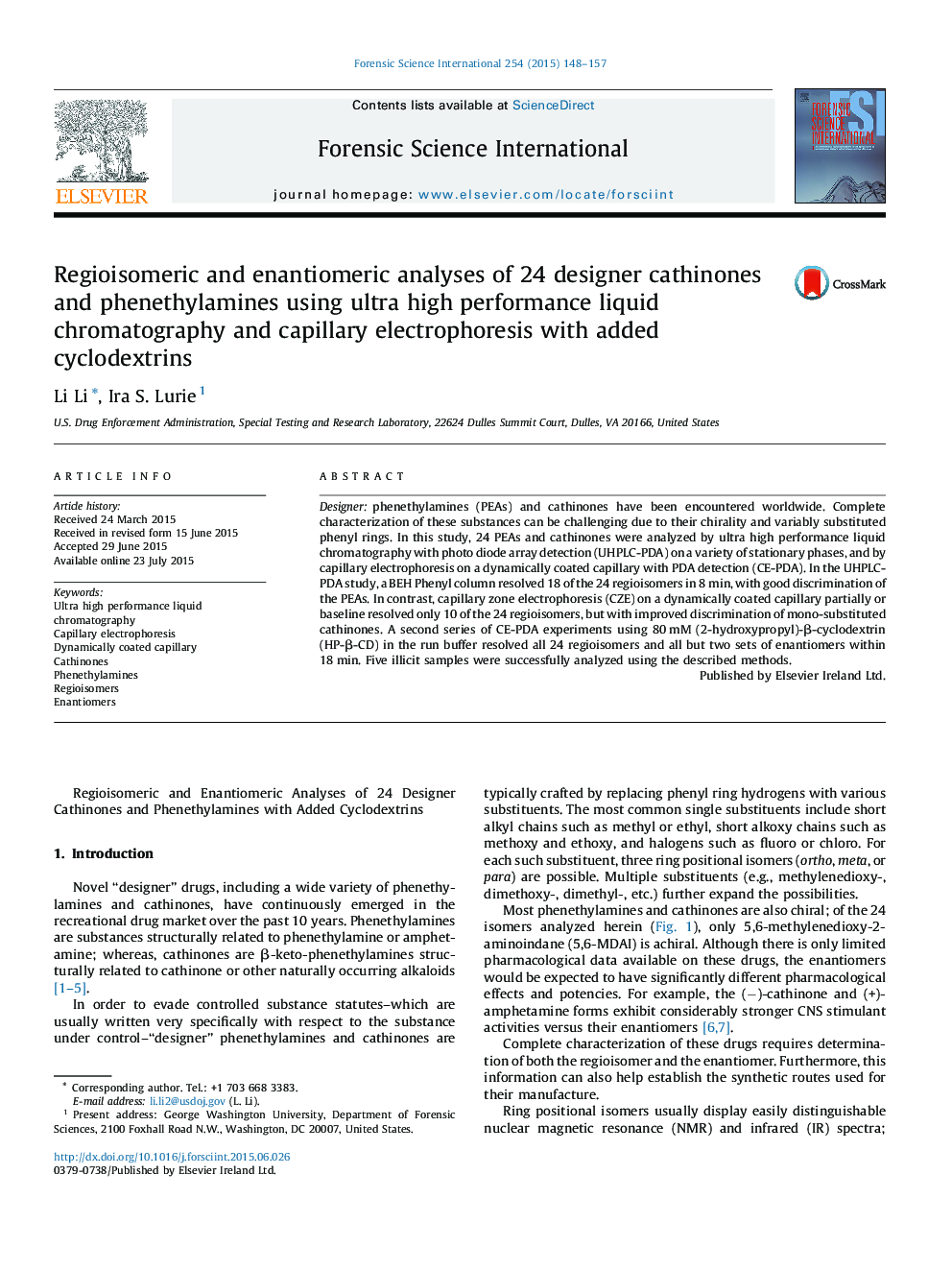 Designerphenethylamines (PEAs) and cathinones have been encountered worldwide. Complete characterization of these substances can be challenging due to their chirality and variably substituted phenyl rings. In this study, 24 PEAs and cathinones were analyzed by ultra high performance liquid chromatography with photo diode array detection (UHPLC-PDA) on a variety of stationary phases, and by capillary electrophoresis on a dynamically coated capillary with PDA detection (CE-PDA). In the UHPLC-PDA study, a BEH Phenyl column resolved 18 of the 24 regioisomers in 8 min, with good discrimination of the PEAs. In contrast, capillary zone electrophoresis (CZE) on a dynamically coated capillary partially or baseline resolved only 10 of the 24 regioisomers, but with improved discrimination of mono-substituted cathinones. A second series of CE-PDA experiments using 80 mM (2-hydroxypropyl)-β-cyclodextrin (HP-β-CD) in the run buffer resolved all 24 regioisomers and all but two sets of enantiomers within 18 min. Five illicit samples were successfully analyzed using the described methods.