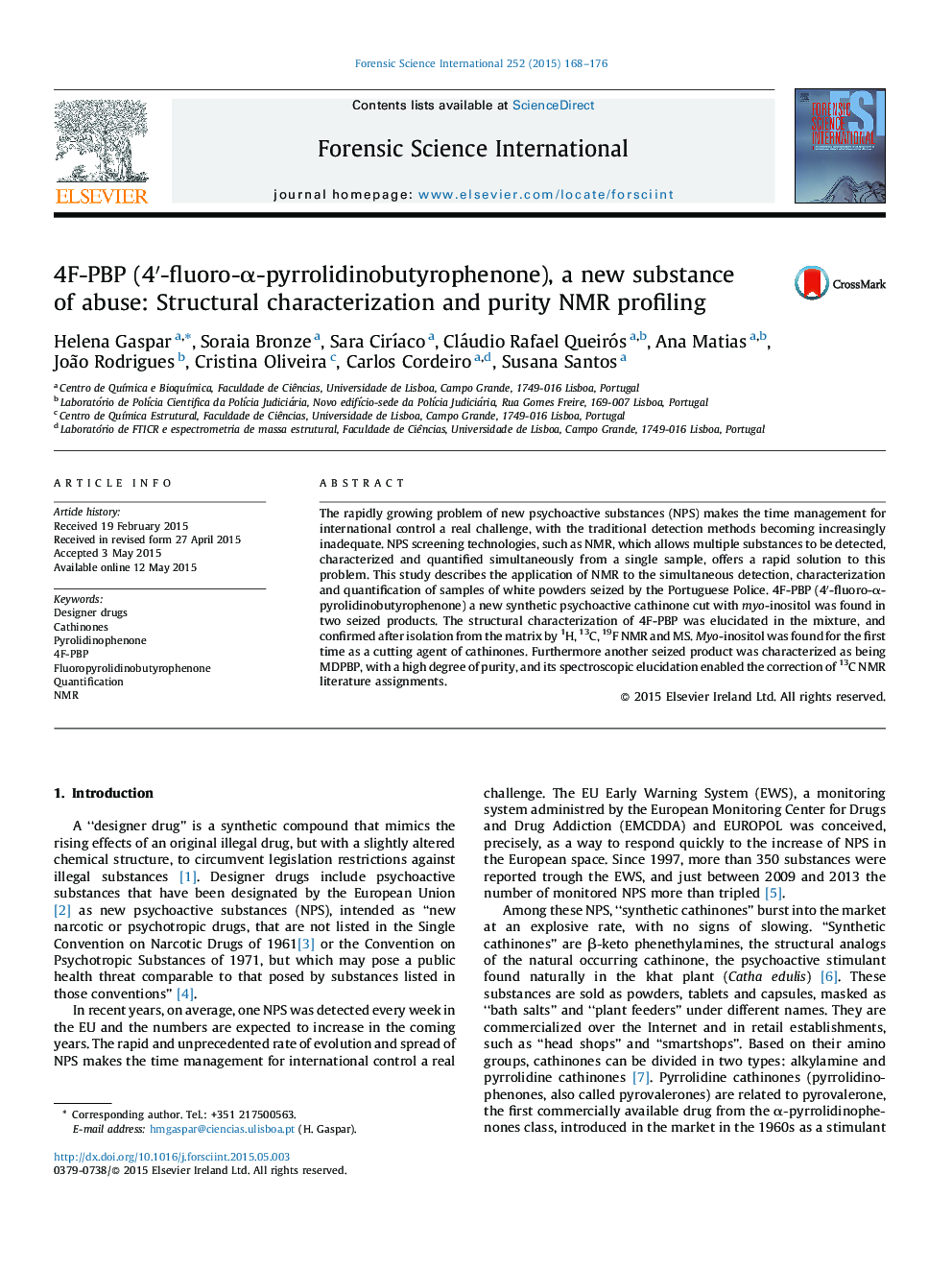 • A new NPS, 4F-PBP was detected and identified for the first time in the EU.
• Analytical data for 4F-PBP are reported for the first time.
• Myo-inositol was found as cutting agent of 4F-PBP.
• A qNMR method was applied to profile cathinones purity.

The rapidly growing problem of new psychoactive substances (NPS) makes the time management for international control a real challenge, with the traditional detection methods becoming increasingly inadequate. NPS screening technologies, such as NMR, which allows multiple substances to be detected, characterized and quantified simultaneously from a single sample, offers a rapid solution to this problem. This study describes the application of NMR to the simultaneous detection, characterization and quantification of samples of white powders seized by the Portuguese Police. 4F-PBP (4′-fluoro-α-pyrolidinobutyrophenone) a new synthetic psychoactive cathinone cut with myo-inositol was found in two seized products. The structural characterization of 4F-PBP was elucidated in the mixture, and confirmed after isolation from the matrix by 1H, 13C, 19F NMR and MS. Myo-inositol was found for the first time as a cutting agent of cathinones. Furthermore another seized product was characterized as being MDPBP, with a high degree of purity, and its spectroscopic elucidation enabled the correction of 13C NMR literature assignments.