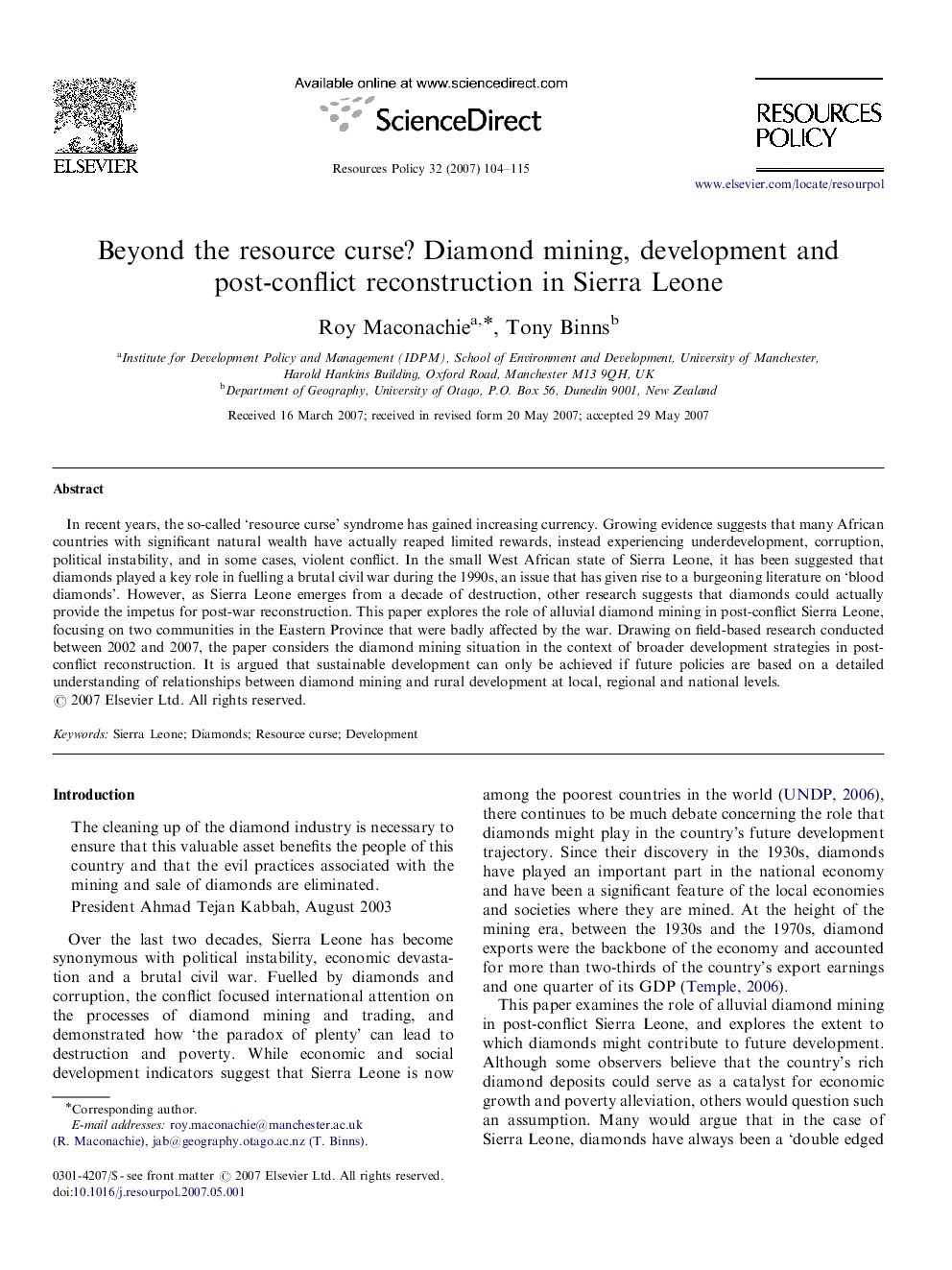 In recent years, the so-called ‘resource curse’ syndrome has gained increasing currency. Growing evidence suggests that many African countries with significant natural wealth have actually reaped limited rewards, instead experiencing underdevelopment, corruption, political instability, and in some cases, violent conflict. In the small West African state of Sierra Leone, it has been suggested that diamonds played a key role in fuelling a brutal civil war during the 1990s, an issue that has given rise to a burgeoning literature on ‘blood diamonds’. However, as Sierra Leone emerges from a decade of destruction, other research suggests that diamonds could actually provide the impetus for post-war reconstruction. This paper explores the role of alluvial diamond mining in post-conflict Sierra Leone, focusing on two communities in the Eastern Province that were badly affected by the war. Drawing on field-based research conducted between 2002 and 2007, the paper considers the diamond mining situation in the context of broader development strategies in post-conflict reconstruction. It is argued that sustainable development can only be achieved if future policies are based on a detailed understanding of relationships between diamond mining and rural development at local, regional and national levels.