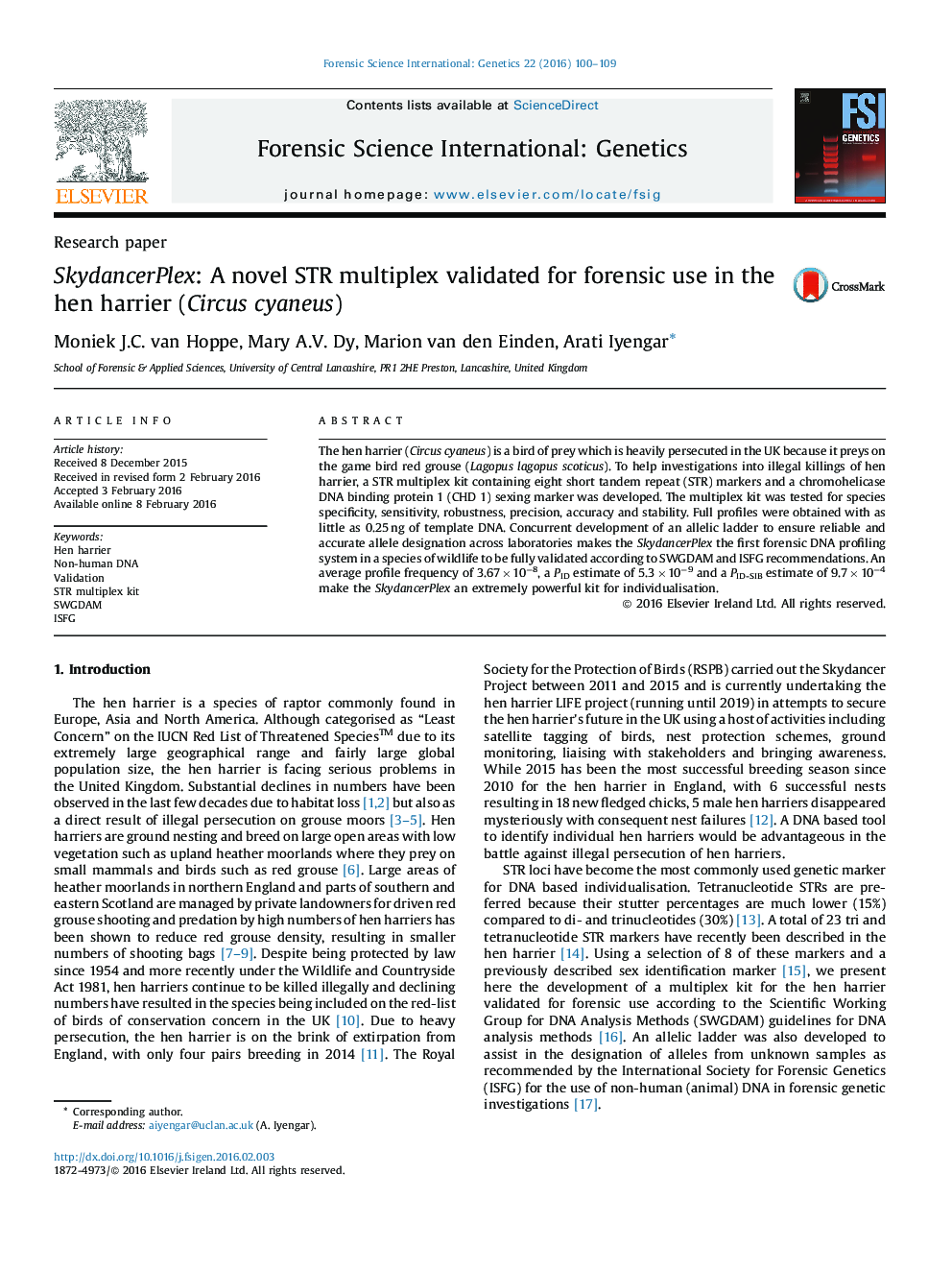 The hen harrier (Circus cyaneus) is a bird of prey which is heavily persecuted in the UK because it preys on the game bird red grouse (Lagopus lagopus scoticus). To help investigations into illegal killings of hen harrier, a STR multiplex kit containing eight short tandem repeat (STR) markers and a chromohelicase DNA binding protein 1 (CHD 1) sexing marker was developed. The multiplex kit was tested for species specificity, sensitivity, robustness, precision, accuracy and stability. Full profiles were obtained with as little as 0.25 ng of template DNA. Concurrent development of an allelic ladder to ensure reliable and accurate allele designation across laboratories makes the SkydancerPlex the first forensic DNA profiling system in a species of wildlife to be fully validated according to SWGDAM and ISFG recommendations. An average profile frequency of 3.67 × 10−8, a PID estimate of 5.3 × 10−9 and a PID-SIB estimate of 9.7 × 10−4 make the SkydancerPlex an extremely powerful kit for individualisation.