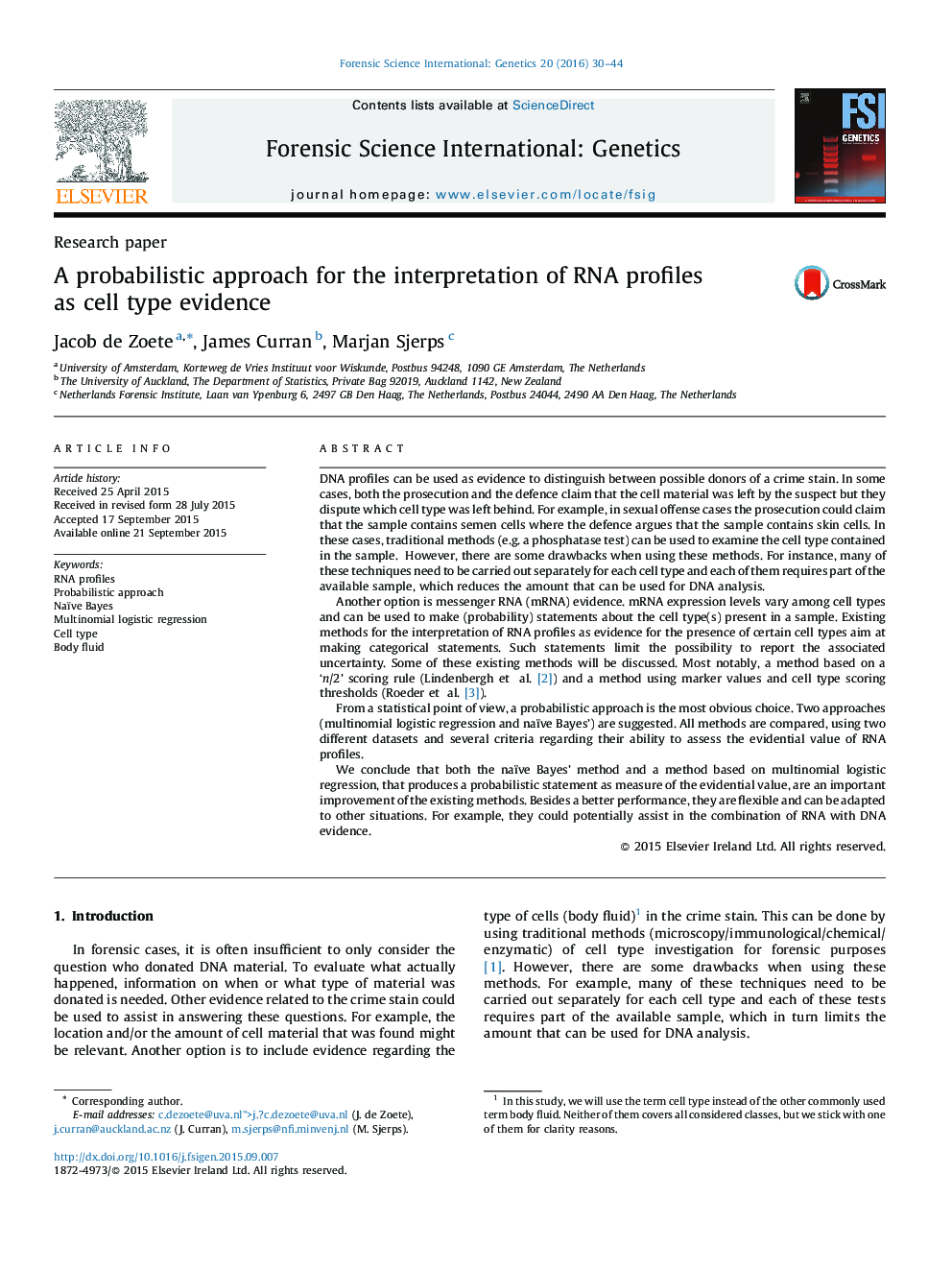 DNA profiles can be used as evidence to distinguish between possible donors of a crime stain. In some cases, both the prosecution and the defence claim that the cell material was left by the suspect but they dispute which cell type was left behind. For example, in sexual offense cases the prosecution could claim that the sample contains semen cells where the defence argues that the sample contains skin cells. In these cases, traditional methods (e.g. a phosphatase test) can be used to examine the cell type contained in the sample. However, there are some drawbacks when using these methods. For instance, many of these techniques need to be carried out separately for each cell type and each of them requires part of the available sample, which reduces the amount that can be used for DNA analysis.Another option is messenger RNA (mRNA) evidence. mRNA expression levels vary among cell types and can be used to make (probability) statements about the cell type(s) present in a sample. Existing methods for the interpretation of RNA profiles as evidence for the presence of certain cell types aim at making categorical statements. Such statements limit the possibility to report the associated uncertainty. Some of these existing methods will be discussed. Most notably, a method based on a ‘n/2’ scoring rule (Lindenbergh et al. [2]) and a method using marker values and cell type scoring thresholds (Roeder et al. [3]).From a statistical point of view, a probabilistic approach is the most obvious choice. Two approaches (multinomial logistic regression and naïve Bayes’) are suggested. All methods are compared, using two different datasets and several criteria regarding their ability to assess the evidential value of RNA profiles.We conclude that both the naïve Bayes’ method and a method based on multinomial logistic regression, that produces a probabilistic statement as measure of the evidential value, are an important improvement of the existing methods. Besides a better performance, they are flexible and can be adapted to other situations. For example, they could potentially assist in the combination of RNA with DNA evidence.