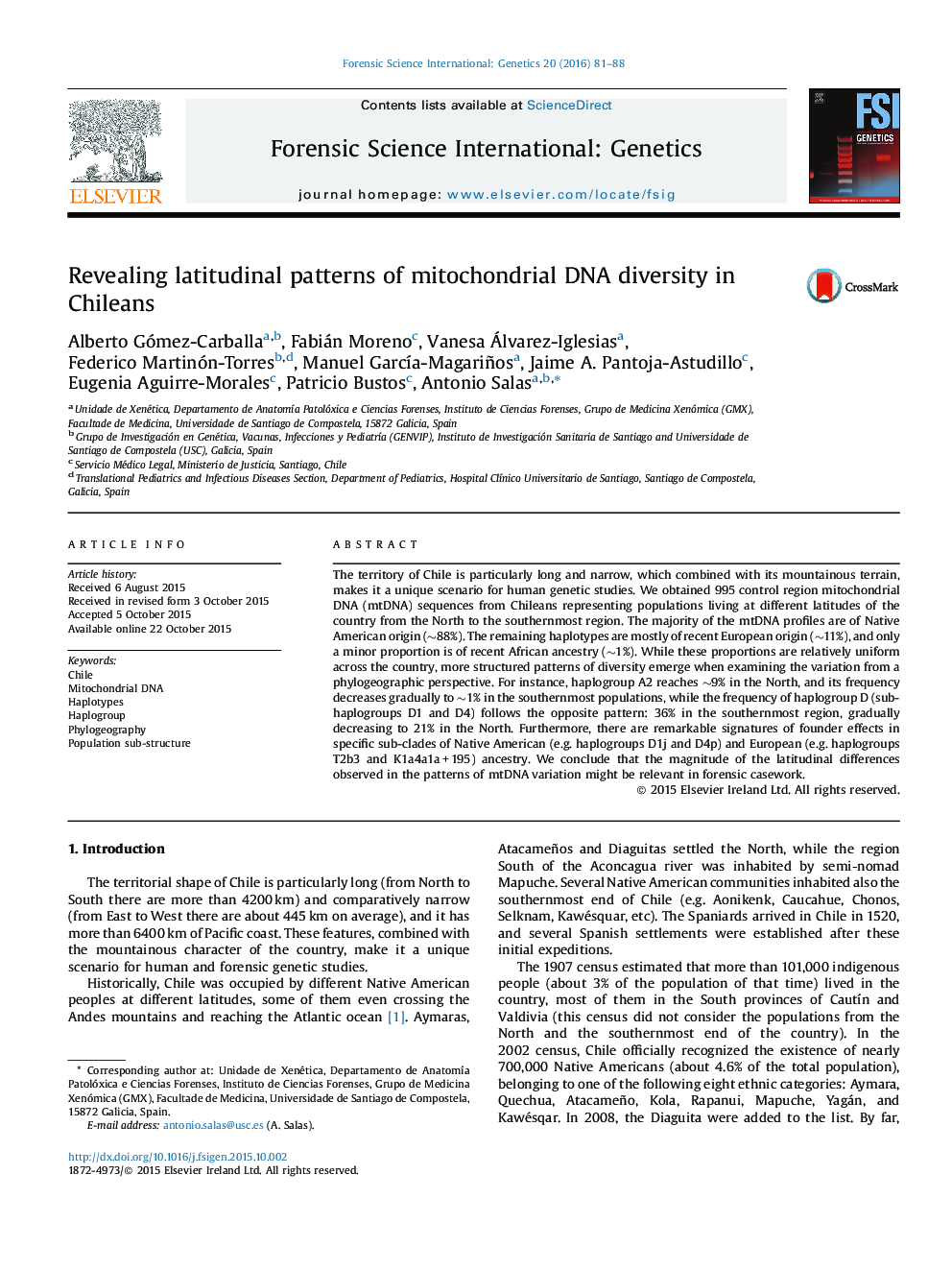 The territory of Chile is particularly long and narrow, which combined with its mountainous terrain, makes it a unique scenario for human genetic studies. We obtained 995 control region mitochondrial DNA (mtDNA) sequences from Chileans representing populations living at different latitudes of the country from the North to the southernmost region. The majority of the mtDNA profiles are of Native American origin (∼88%). The remaining haplotypes are mostly of recent European origin (∼11%), and only a minor proportion is of recent African ancestry (∼1%). While these proportions are relatively uniform across the country, more structured patterns of diversity emerge when examining the variation from a phylogeographic perspective. For instance, haplogroup A2 reaches ∼9% in the North, and its frequency decreases gradually to ∼1% in the southernmost populations, while the frequency of haplogroup D (sub-haplogroups D1 and D4) follows the opposite pattern: 36% in the southernmost region, gradually decreasing to 21% in the North. Furthermore, there are remarkable signatures of founder effects in specific sub-clades of Native American (e.g. haplogroups D1j and D4p) and European (e.g. haplogroups T2b3 and K1a4a1a + 195) ancestry. We conclude that the magnitude of the latitudinal differences observed in the patterns of mtDNA variation might be relevant in forensic casework.