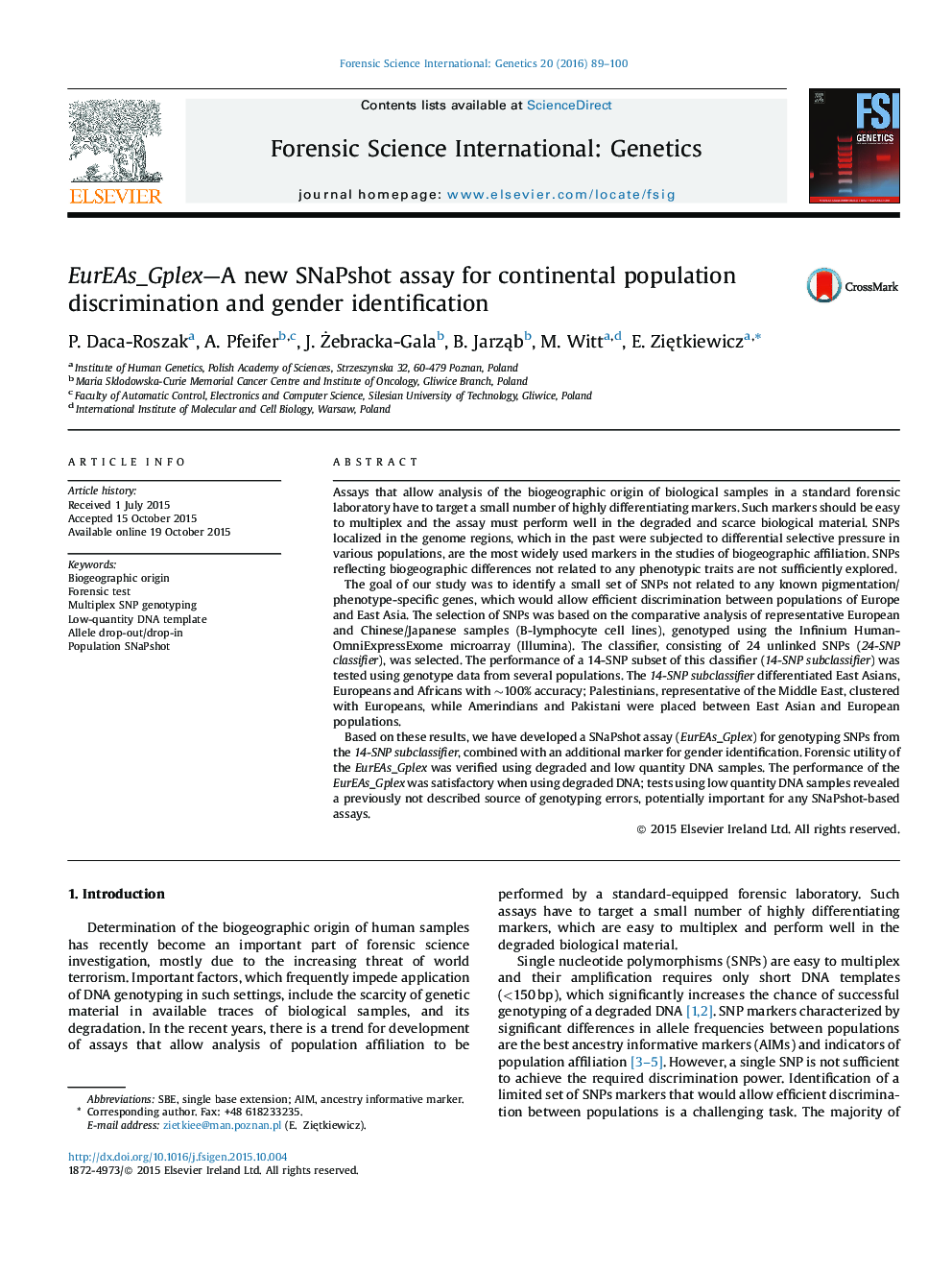 Assays that allow analysis of the biogeographic origin of biological samples in a standard forensic laboratory have to target a small number of highly differentiating markers. Such markers should be easy to multiplex and the assay must perform well in the degraded and scarce biological material. SNPs localized in the genome regions, which in the past were subjected to differential selective pressure in various populations, are the most widely used markers in the studies of biogeographic affiliation. SNPs reflecting biogeographic differences not related to any phenotypic traits are not sufficiently explored.The goal of our study was to identify a small set of SNPs not related to any known pigmentation/phenotype-specific genes, which would allow efficient discrimination between populations of Europe and East Asia. The selection of SNPs was based on the comparative analysis of representative European and Chinese/Japanese samples (B-lymphocyte cell lines), genotyped using the Infinium HumanOmniExpressExome microarray (Illumina). The classifier, consisting of 24 unlinked SNPs (24-SNP classifier), was selected. The performance of a 14-SNP subset of this classifier (14-SNP subclassifier) was tested using genotype data from several populations. The 14-SNP subclassifier differentiated East Asians, Europeans and Africans with ∼100% accuracy; Palestinians, representative of the Middle East, clustered with Europeans, while Amerindians and Pakistani were placed between East Asian and European populations.Based on these results, we have developed a SNaPshot assay (EurEAs_Gplex) for genotyping SNPs from the 14-SNP subclassifier, combined with an additional marker for gender identification. Forensic utility of the EurEAs_Gplex was verified using degraded and low quantity DNA samples. The performance of the EurEAs_Gplex was satisfactory when using degraded DNA; tests using low quantity DNA samples revealed a previously not described source of genotyping errors, potentially important for any SNaPshot-based assays.