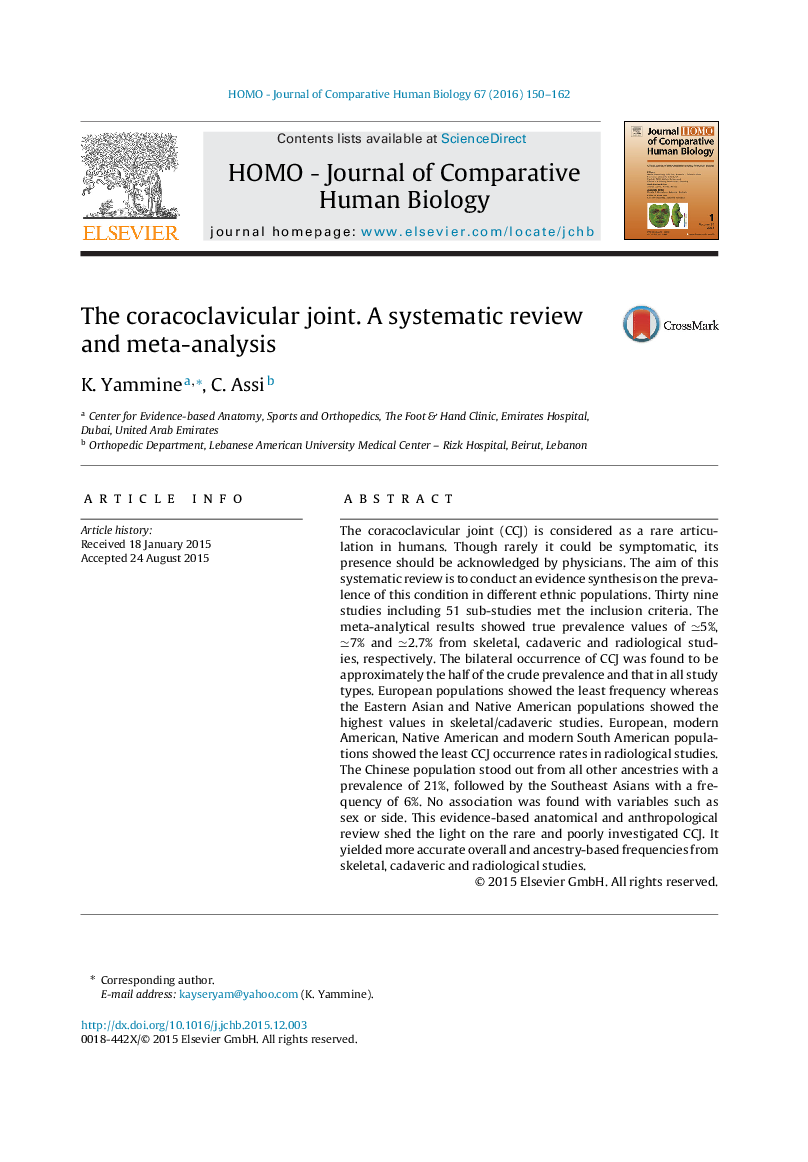 The coracoclavicular joint (CCJ) is considered as a rare articulation in humans. Though rarely it could be symptomatic, its presence should be acknowledged by physicians. The aim of this systematic review is to conduct an evidence synthesis on the prevalence of this condition in different ethnic populations. Thirty nine studies including 51 sub-studies met the inclusion criteria. The meta-analytical results showed true prevalence values of ≃5%, ≃7% and ≃2.7% from skeletal, cadaveric and radiological studies, respectively. The bilateral occurrence of CCJ was found to be approximately the half of the crude prevalence and that in all study types. European populations showed the least frequency whereas the Eastern Asian and Native American populations showed the highest values in skeletal/cadaveric studies. European, modern American, Native American and modern South American populations showed the least CCJ occurrence rates in radiological studies. The Chinese population stood out from all other ancestries with a prevalence of 21%, followed by the Southeast Asians with a frequency of 6%. No association was found with variables such as sex or side. This evidence-based anatomical and anthropological review shed the light on the rare and poorly investigated CCJ. It yielded more accurate overall and ancestry-based frequencies from skeletal, cadaveric and radiological studies.