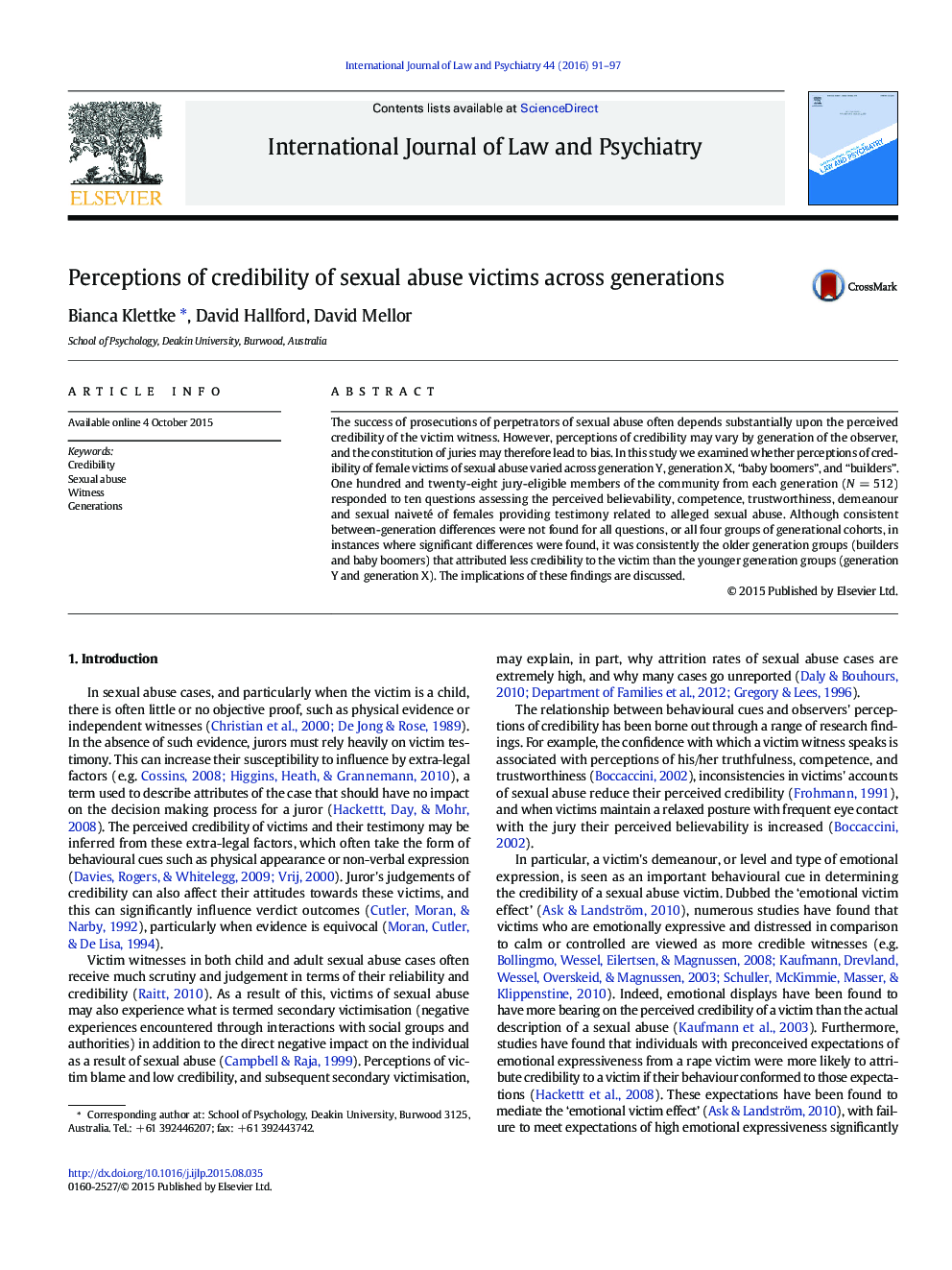 The success of prosecutions of perpetrators of sexual abuse often depends substantially upon the perceived credibility of the victim witness. However, perceptions of credibility may vary by generation of the observer, and the constitution of juries may therefore lead to bias. In this study we examined whether perceptions of credibility of female victims of sexual abuse varied across generation Y, generation X, “baby boomers”, and “builders”. One hundred and twenty-eight jury-eligible members of the community from each generation (N = 512) responded to ten questions assessing the perceived believability, competence, trustworthiness, demeanour and sexual naiveté of females providing testimony related to alleged sexual abuse. Although consistent between-generation differences were not found for all questions, or all four groups of generational cohorts, in instances where significant differences were found, it was consistently the older generation groups (builders and baby boomers) that attributed less credibility to the victim than the younger generation groups (generation Y and generation X). The implications of these findings are discussed.