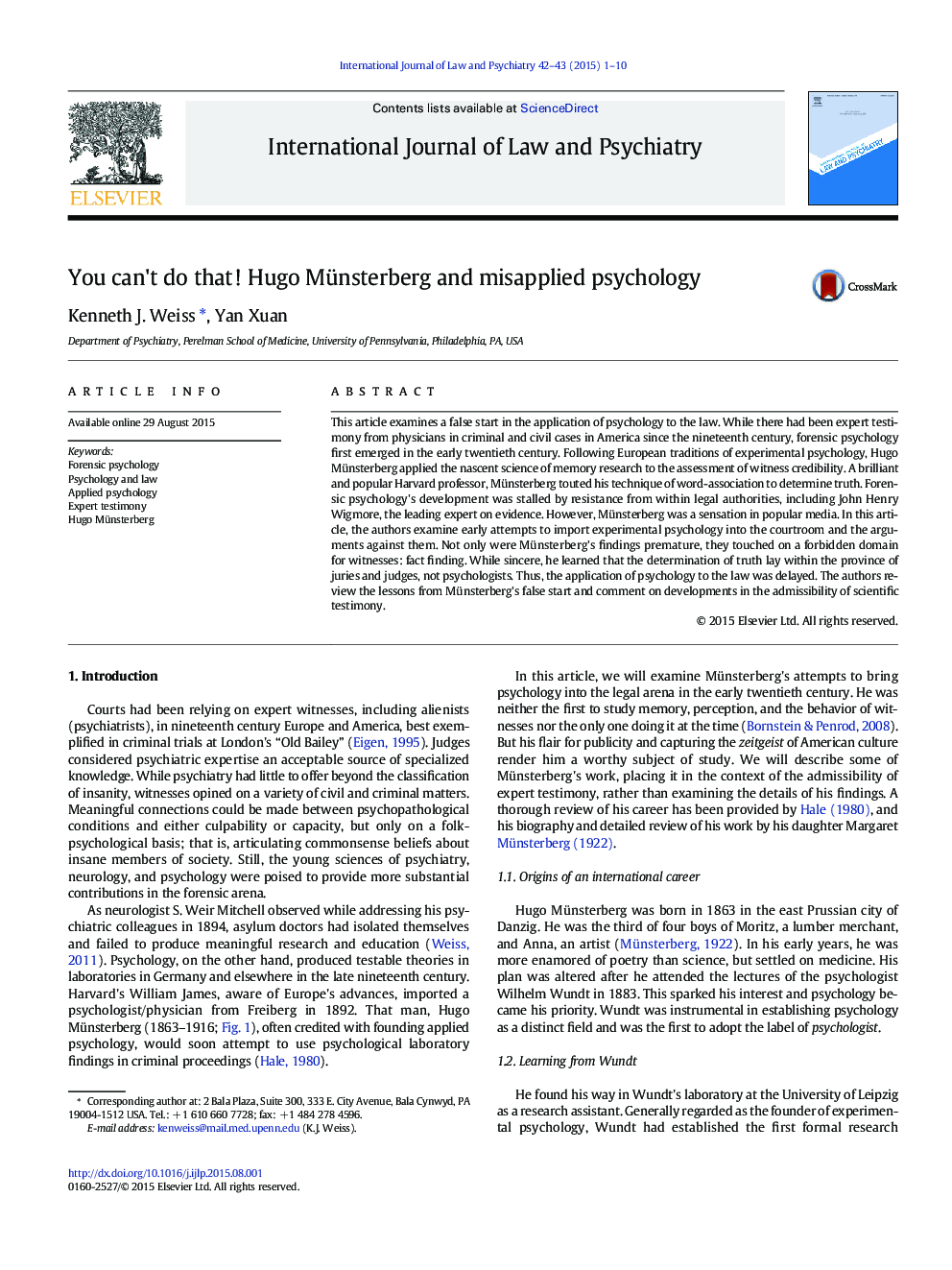 This article examines a false start in the application of psychology to the law. While there had been expert testimony from physicians in criminal and civil cases in America since the nineteenth century, forensic psychology first emerged in the early twentieth century. Following European traditions of experimental psychology, Hugo Münsterberg applied the nascent science of memory research to the assessment of witness credibility. A brilliant and popular Harvard professor, Münsterberg touted his technique of word-association to determine truth. Forensic psychology's development was stalled by resistance from within legal authorities, including John Henry Wigmore, the leading expert on evidence. However, Münsterberg was a sensation in popular media. In this article, the authors examine early attempts to import experimental psychology into the courtroom and the arguments against them. Not only were Münsterberg's findings premature, they touched on a forbidden domain for witnesses: fact finding. While sincere, he learned that the determination of truth lay within the province of juries and judges, not psychologists. Thus, the application of psychology to the law was delayed. The authors review the lessons from Münsterberg's false start and comment on developments in the admissibility of scientific testimony.